Most Amazing International Borders in the World Between Countries

A border is a natural or some artificial line that separates geographical areas between two or more countries. They are political boundaries that separate countries, provinces, cities, states, and towns.

List of Most Amazing International Borders in the World Between Countries

Canada and the USA 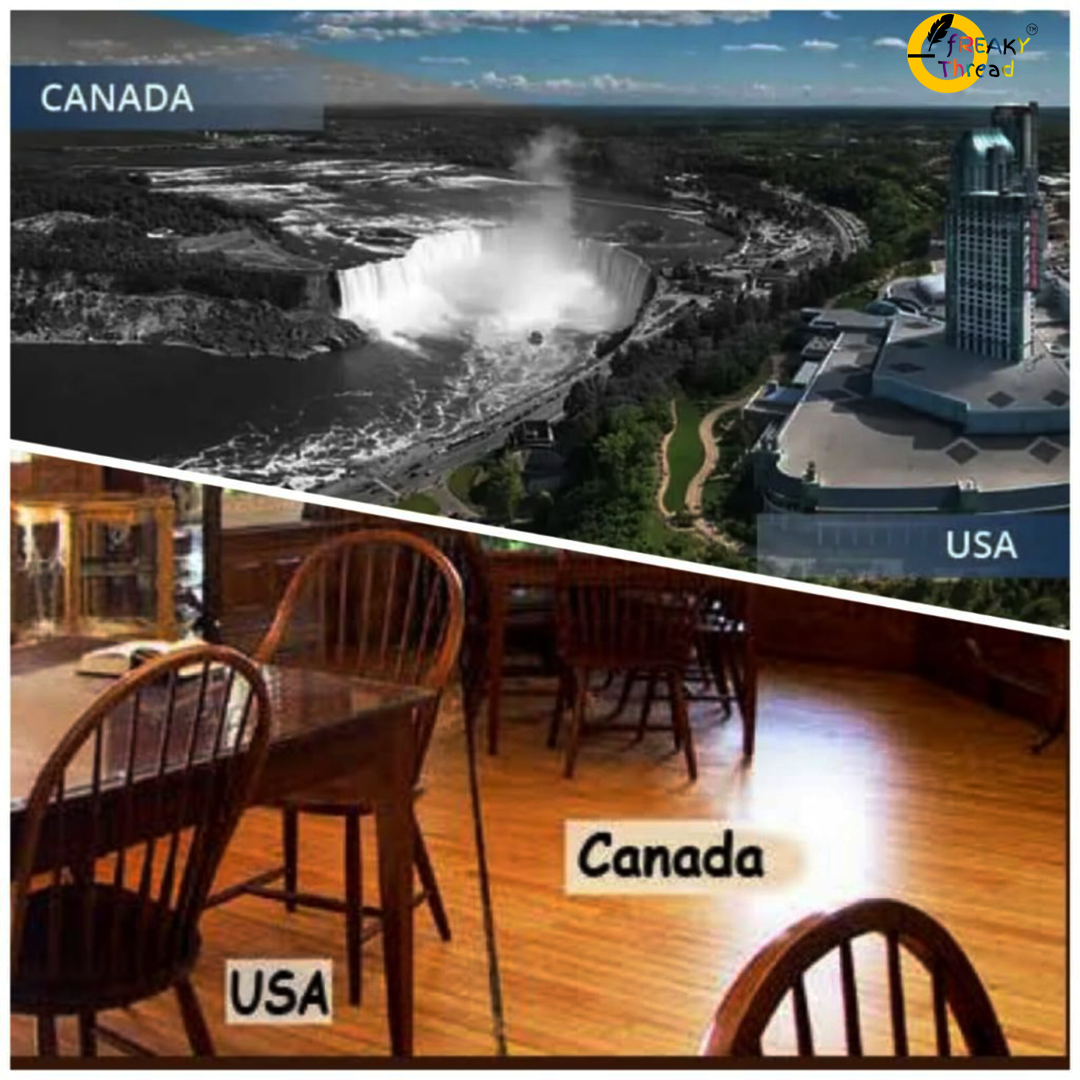 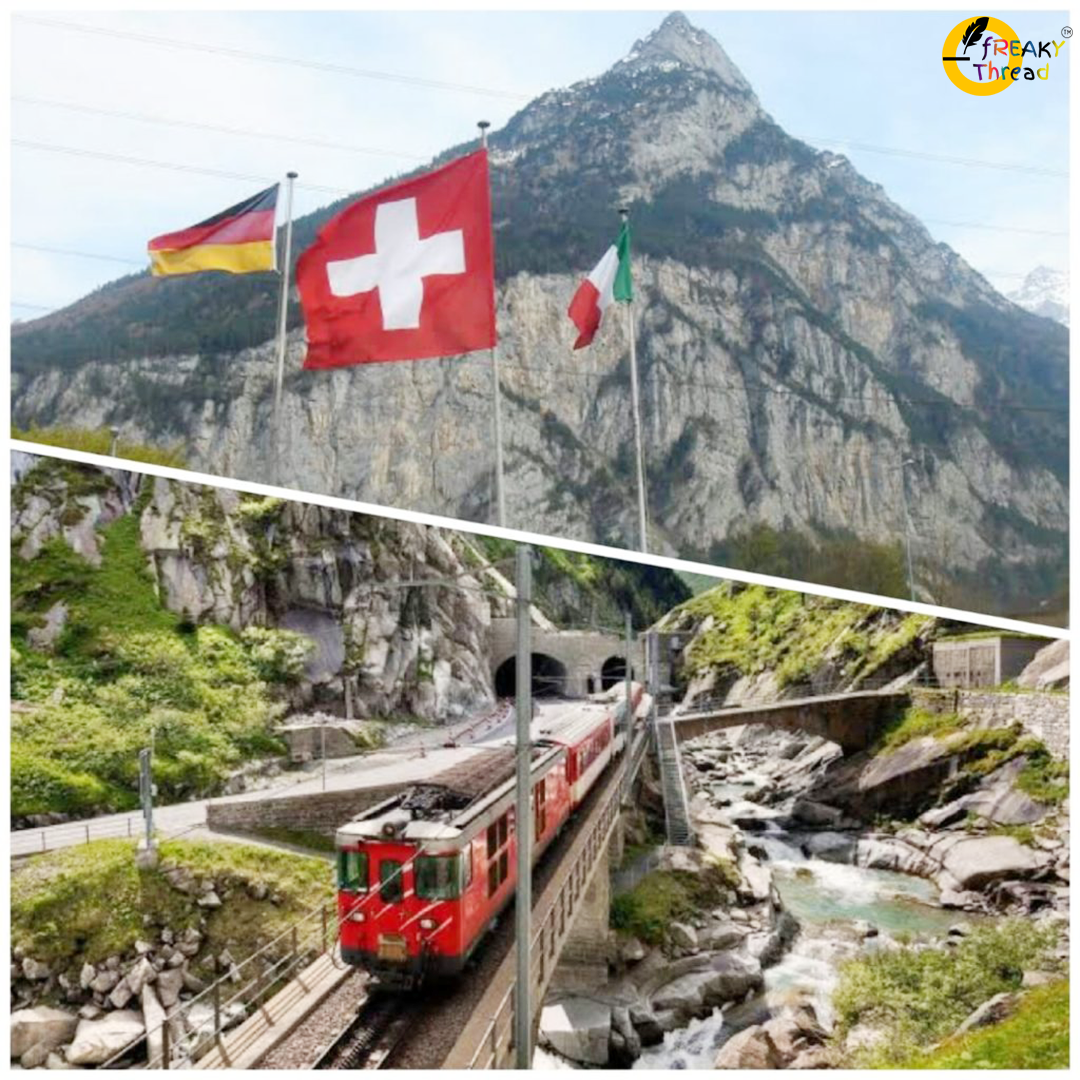 When two beautiful countries combine with beautiful cities and mountains, you get a perfect scenic border. Switzerland and Italy Border is one of them which is accessible to both sides for everyone. Both countries start comfortable rail trips which mean you can enjoy Swiss-Italian Border beauty with ease. 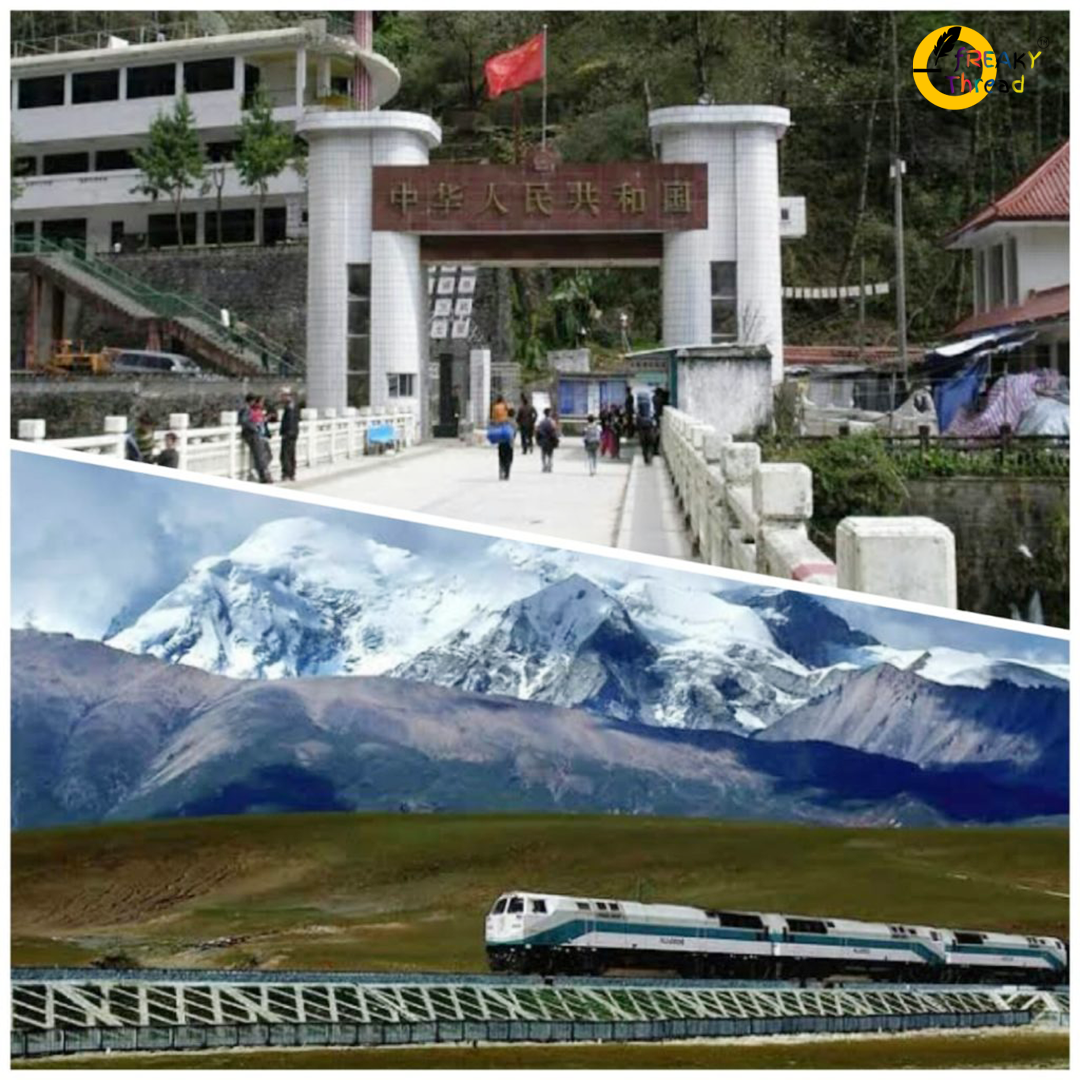 The highest and inspiring Mount Everest is the natural border between the Himalayan Kingdom of Nepal and Tibet, China. It is a sheer beauty but as well as one of the most dangerous places on the earth because some well-known peaks are located here. To travel both sides of the border, all you need to be the strong determination and luck because of continuous changing weather conditions. 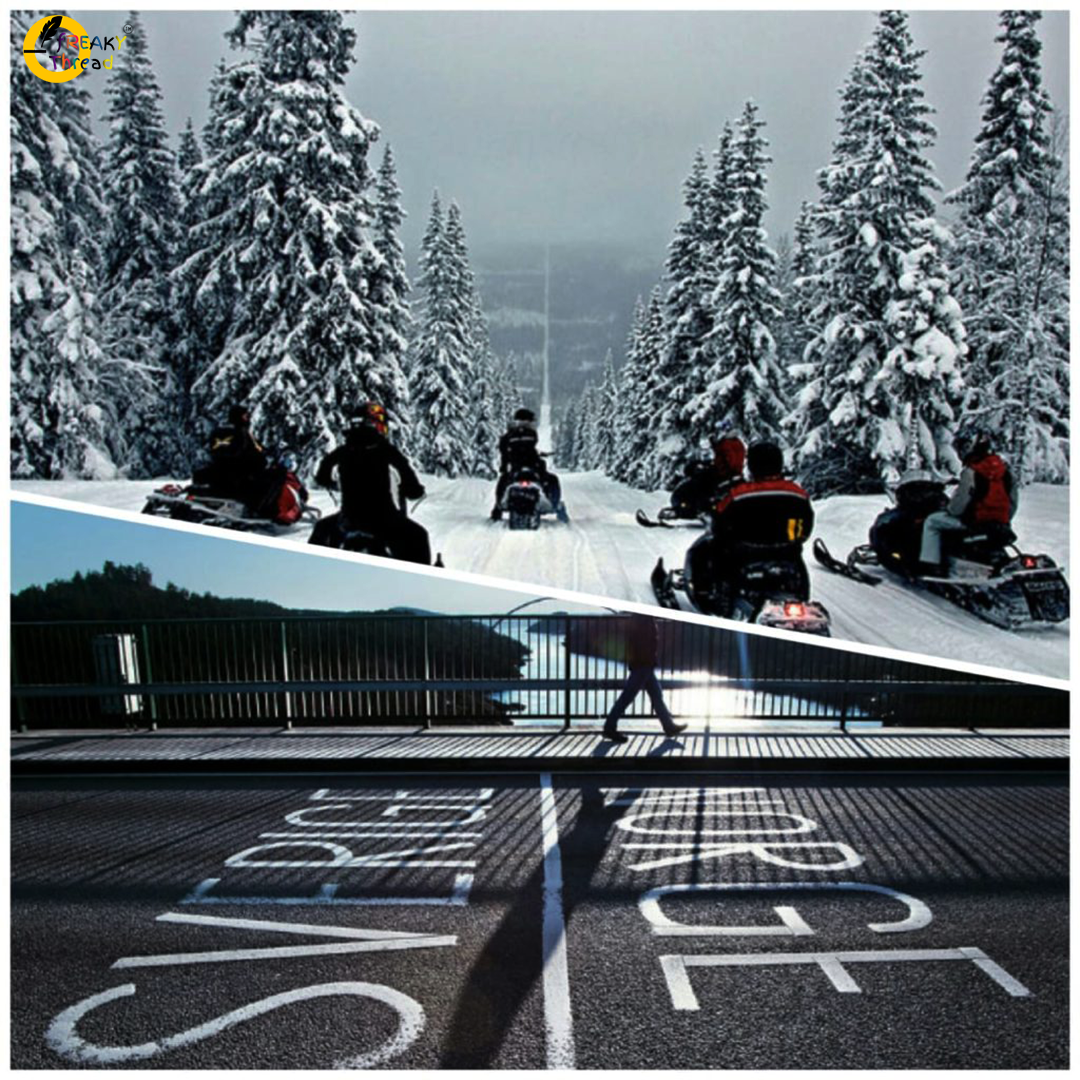 Three out of two Scandinavian countries, Norway and Sweden have the Long Land National Border. An artificial Alpine forest is found on both sides for a mile. The border follows the drainage divide in the Scandinavian Mountains that end at the tri-point border of Treriksröset, where Sweden, Norway, and Finland meet. In winter, it becomes a popular snowmobile destination.

The Dominican Republic and Haiti Border 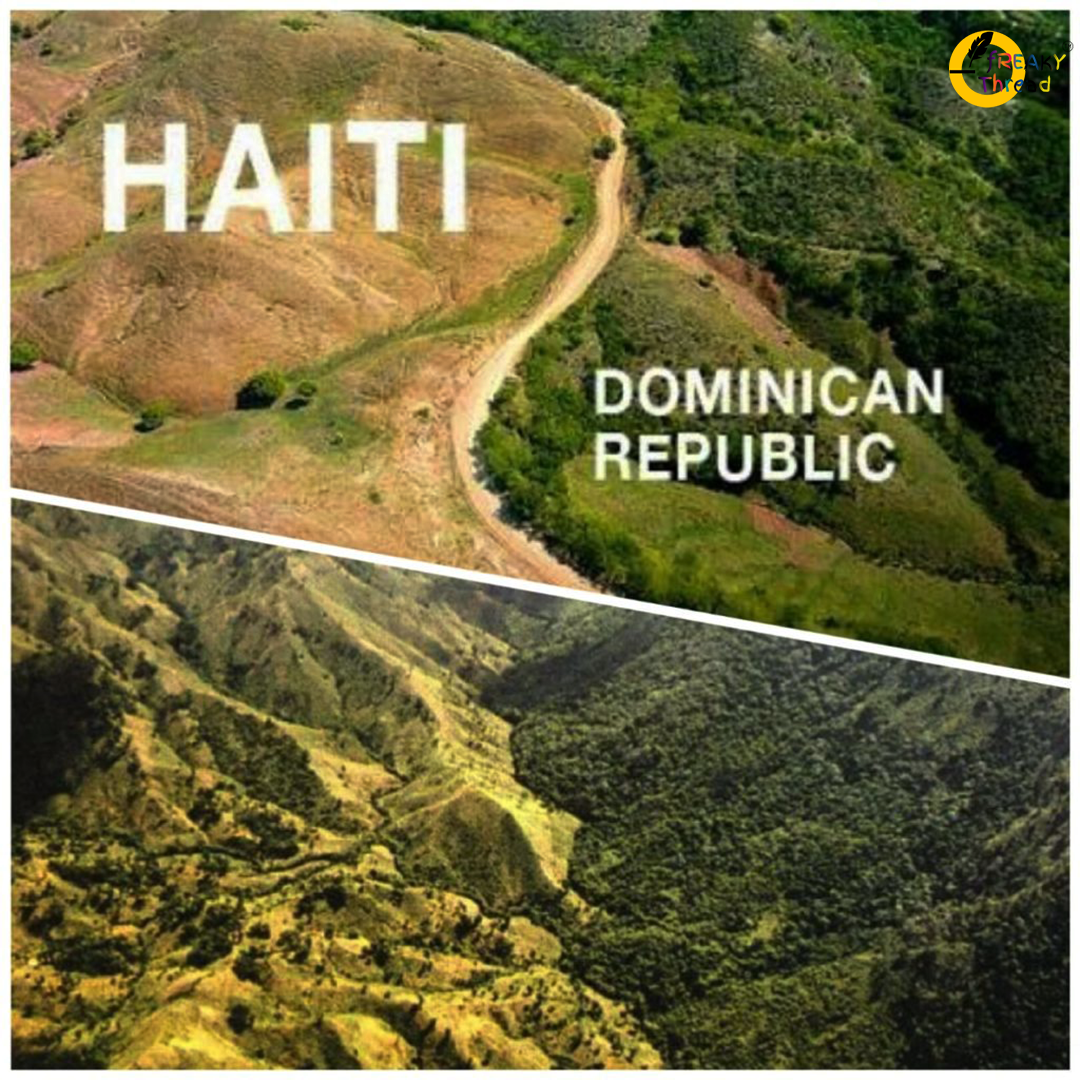 The diplomatic relationship between these countries shares the border at the island of Hispaniola while the Dominican Republic is almost two times larger than Haiti. The amazing thing about this border is the stretches coast to coast via mountainous landscapes. The sharp level of difference of deforestation between these countries also noted where Haiti cut down all of their forests as compared to the Dominican Republic. 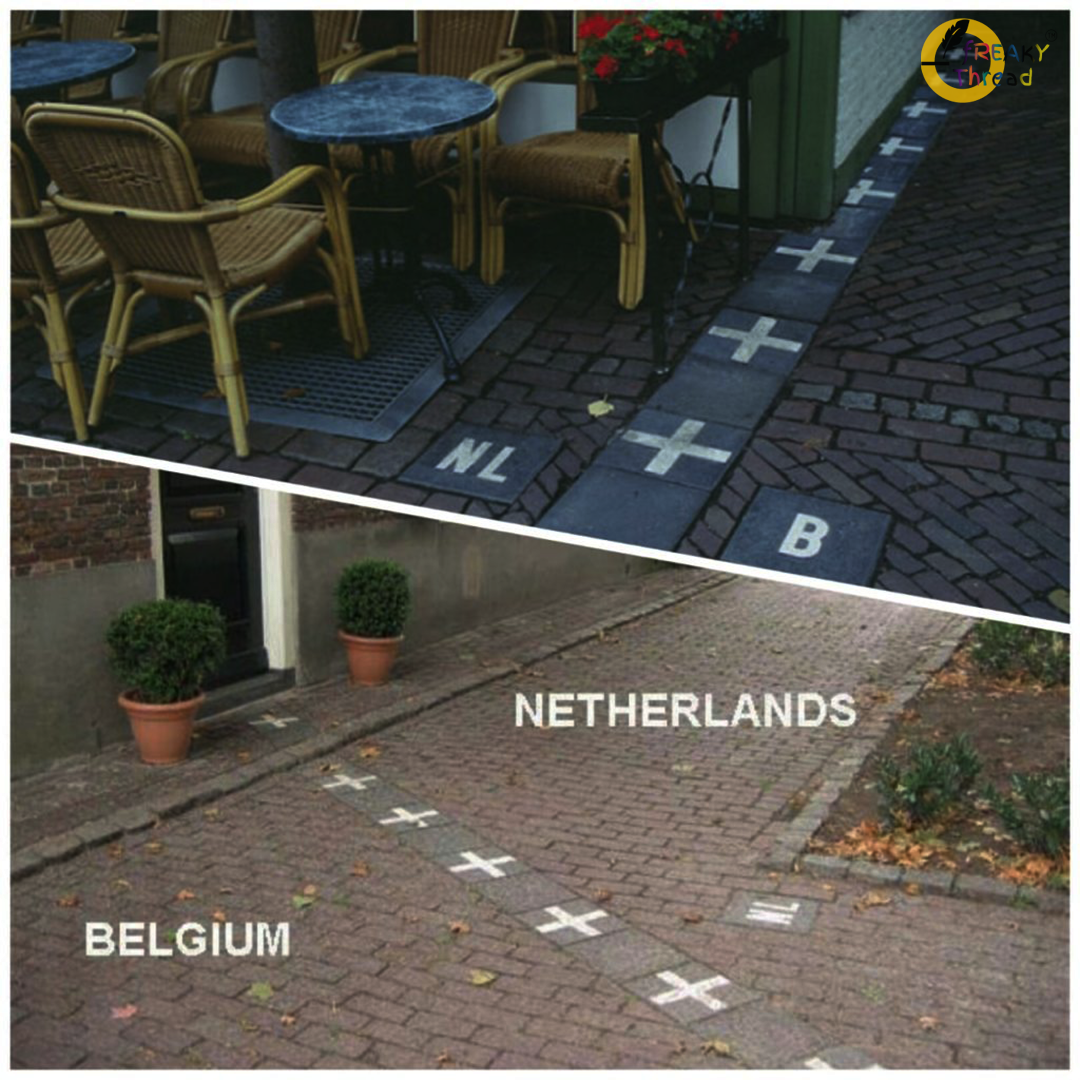 The complex and strange border is present between Netherlands and Belgium. Both European countries are part of the Schengen area, so there is no permanent border at theirs. The incredibly complicated border that different regions, buildings, and streets, which are simultaneously located between these two countries. 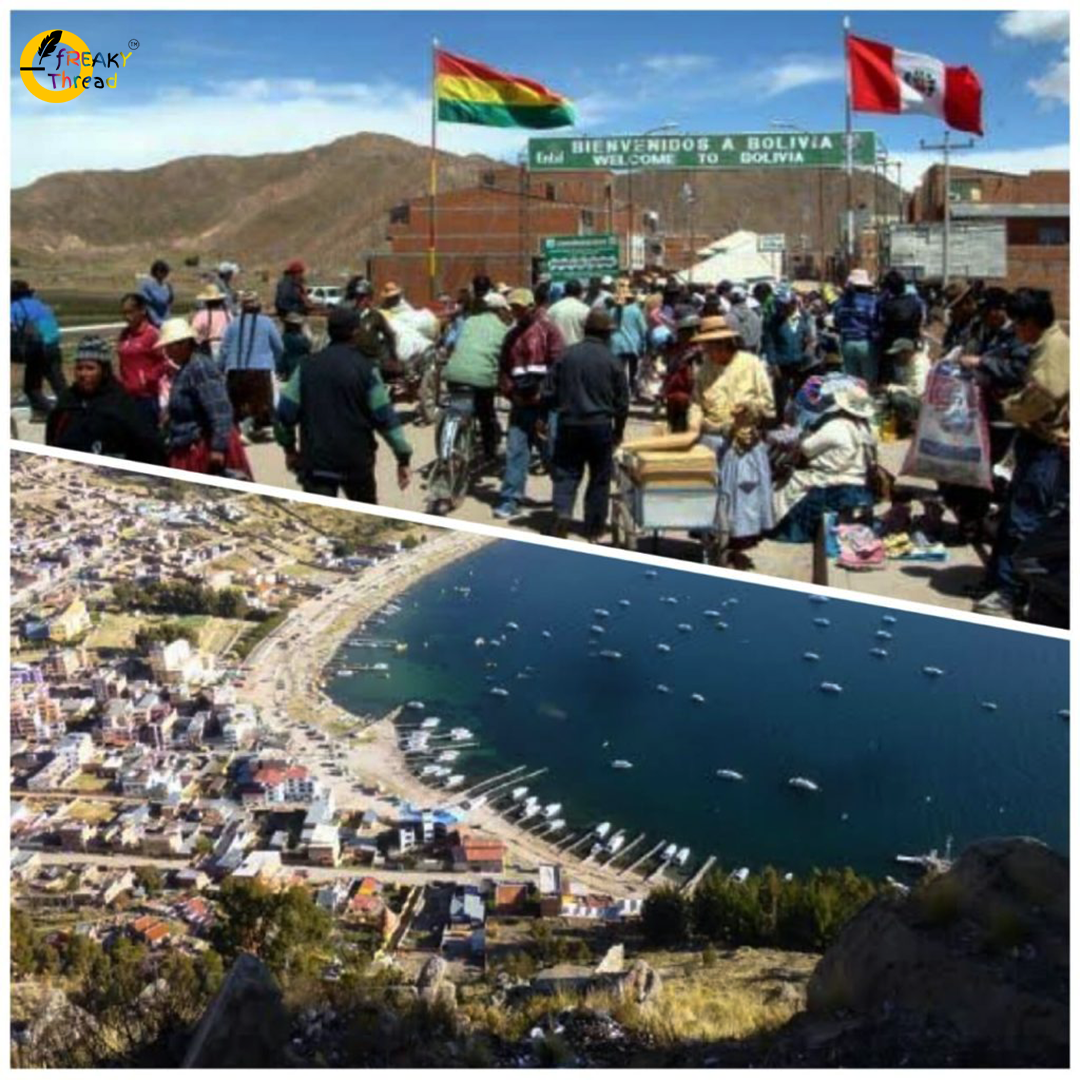 One of the interesting borders because of the difference in elevation, humid and wet jungles of the Amazon from south to the cold and mountainous Lake Titicaca where the lake is divided into half. If the border continues towards the south, it is linked to the desert of Africa, Chile, where the tri-border is formed with Bolivia, Peru, and Chile. 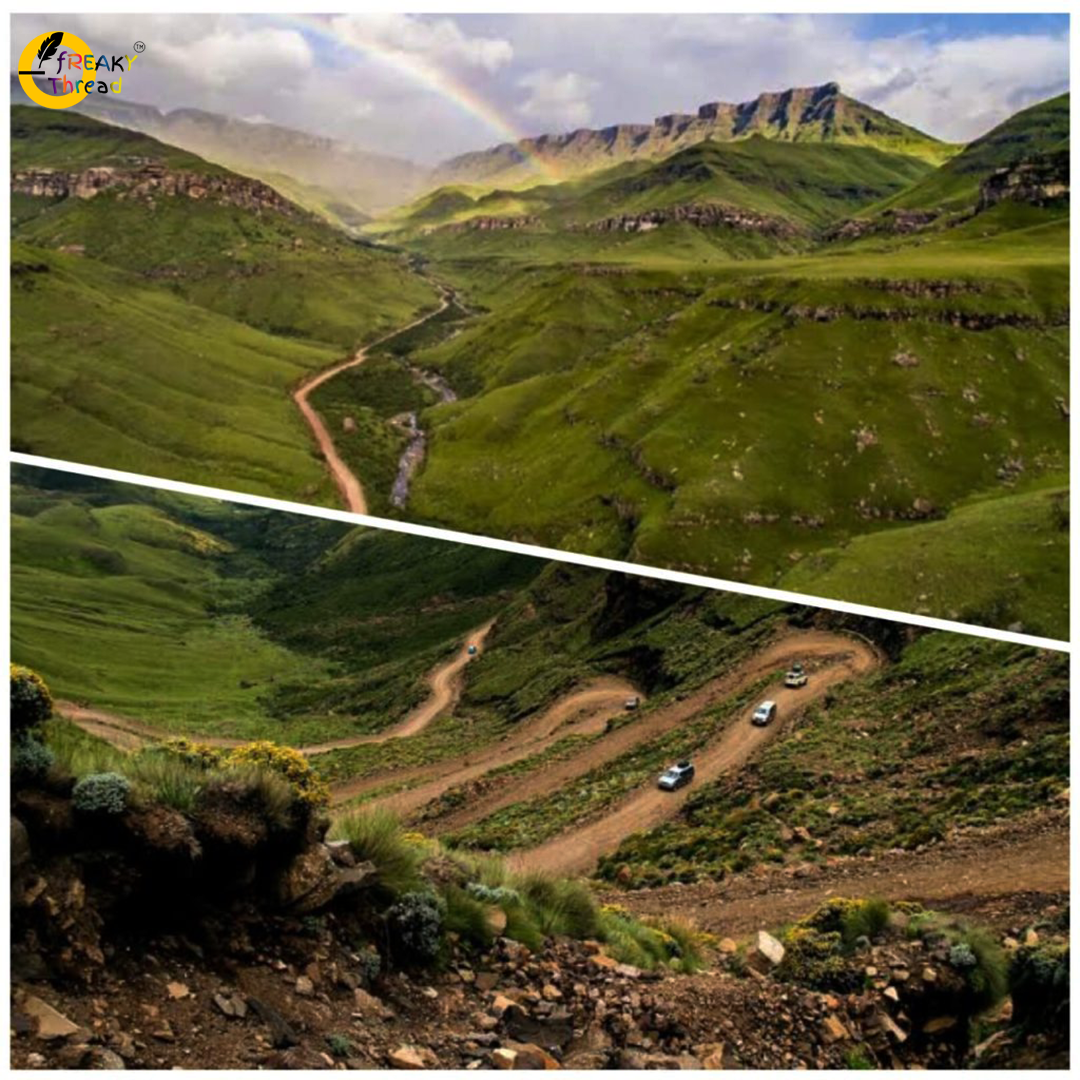 It is one of the strangest borders on the maps of the world because Lesotho is surrounded by South Africa. The dramatic mountainous landscape of Lesotho meets the lower elevation of South Africa. The cliffs, lakes, waterfalls, and villages give a stunning view of the border. 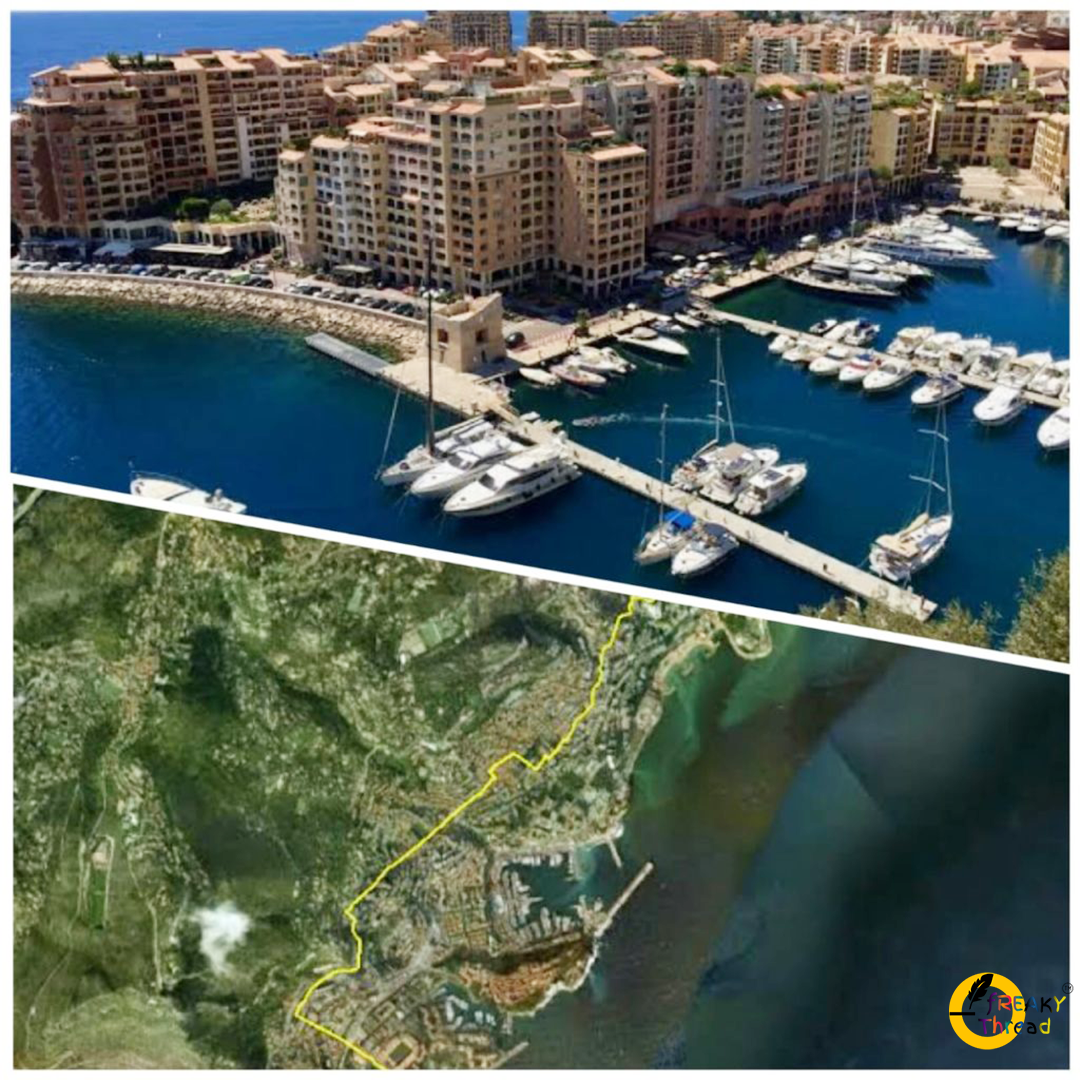 France and Monaco share one of the dramatic borders with each other. Monaco is a small nation which has a border with France from the north, east, west, and the Mediterranean Sea at the south. It provides very remarkable and scenic views to your eyes especially when you enter Monaco. 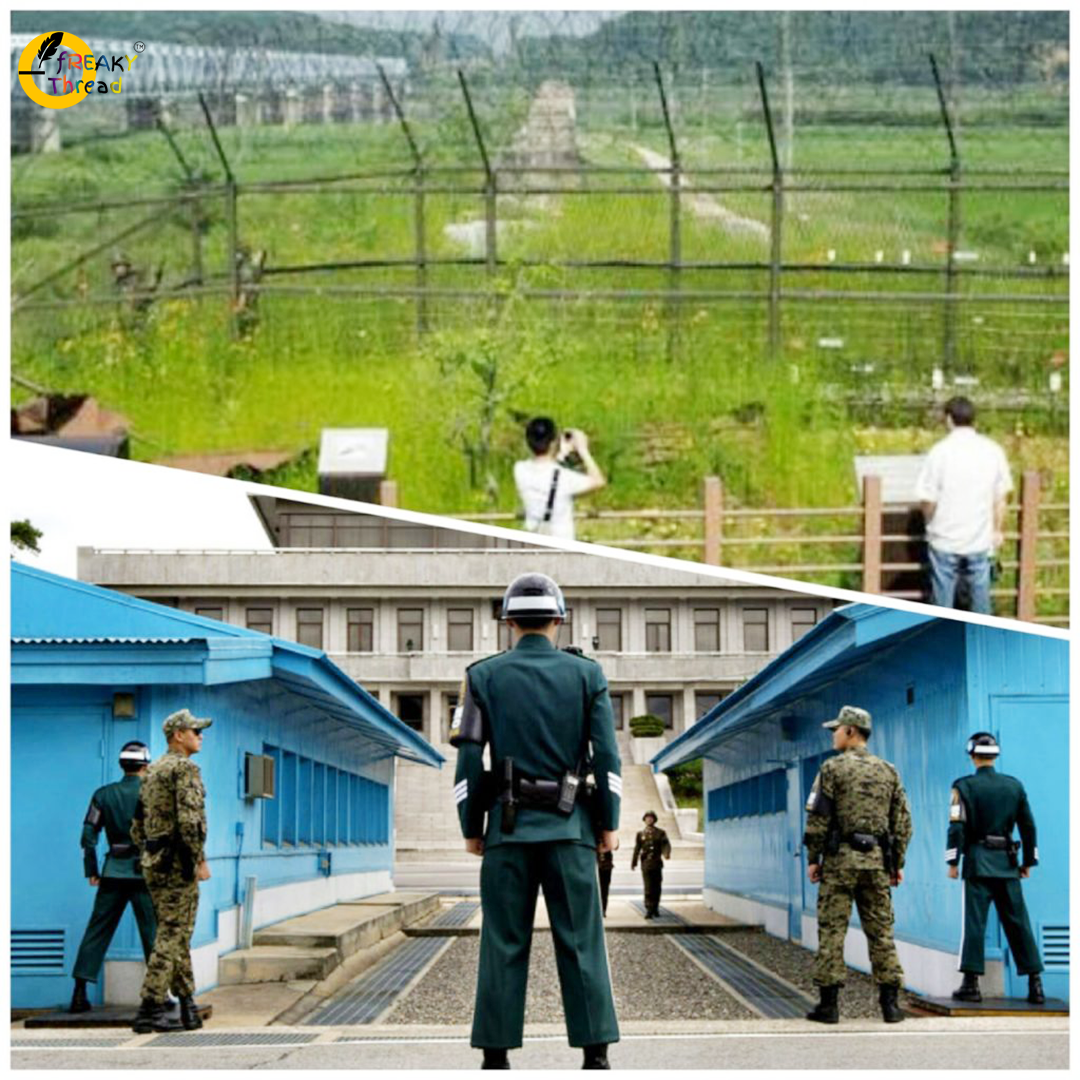 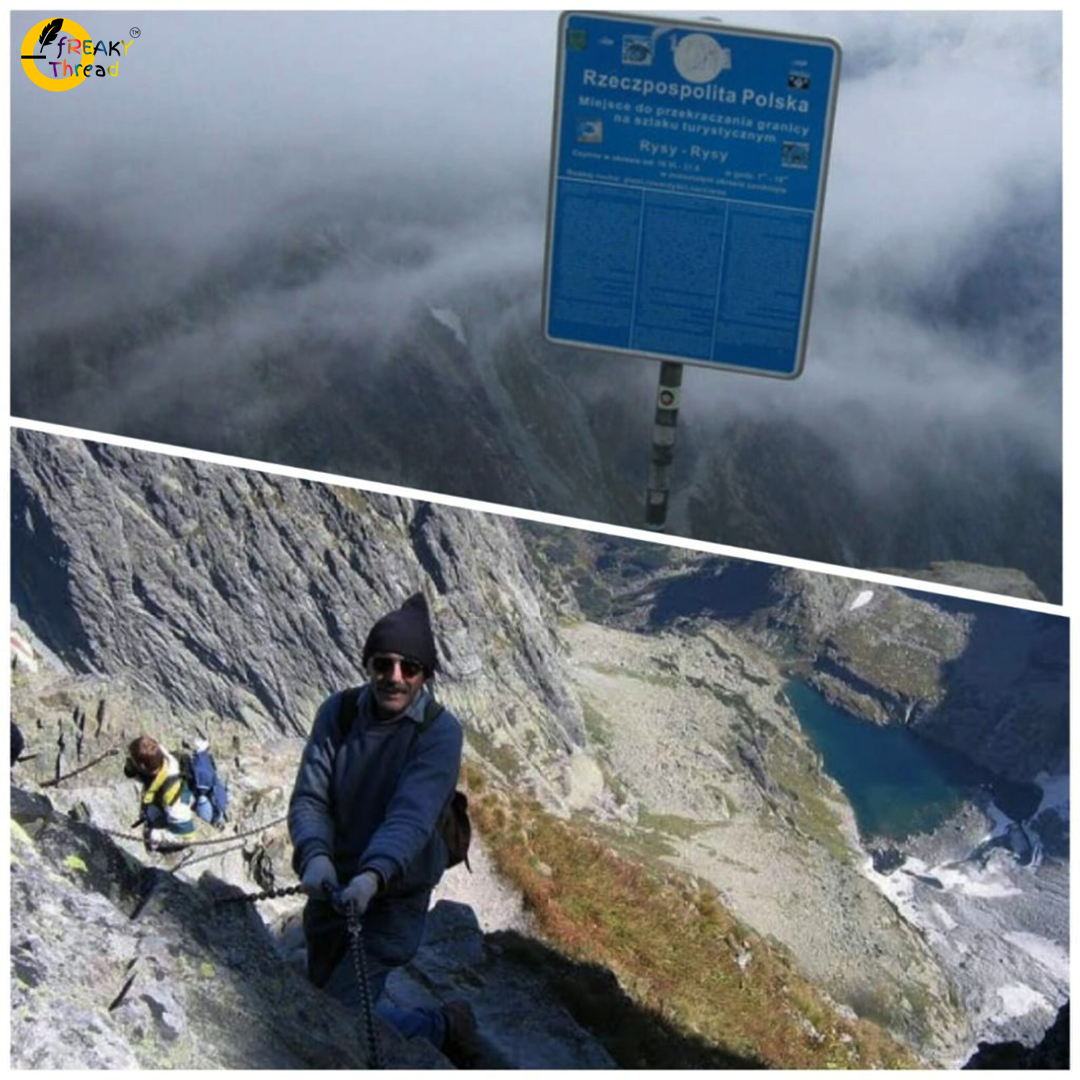 If you want to see some dramatic scenery border then you should go to the Slovakia/Polish border. Both sides of the borders consist of beautiful landscapes, amazing valleys, lakes, rivers, and peaceful resorts for tourists. It is also the place for skiing, mountaineering, and hiking, so, considered as one of the attractive border places for tourists. 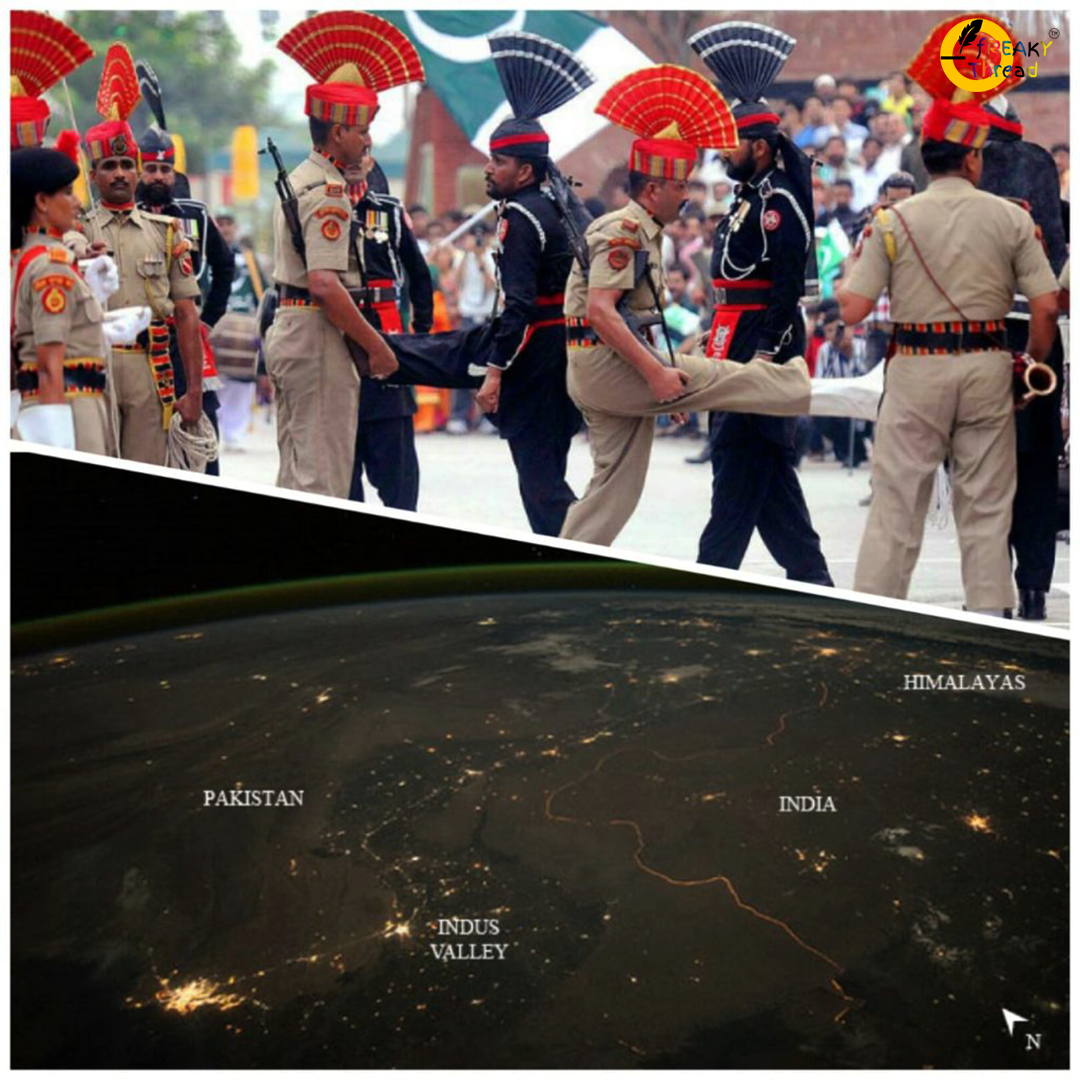 Pakistan and India are divided through an artificial line by a British but now it becomes the clear boundary between these two countries which you can be admired at Wagha Border. Wagah border is one of the famous borders between them where a special ceremony is held daily before the sunset. Patriotic spirit soar among both sides of the border. 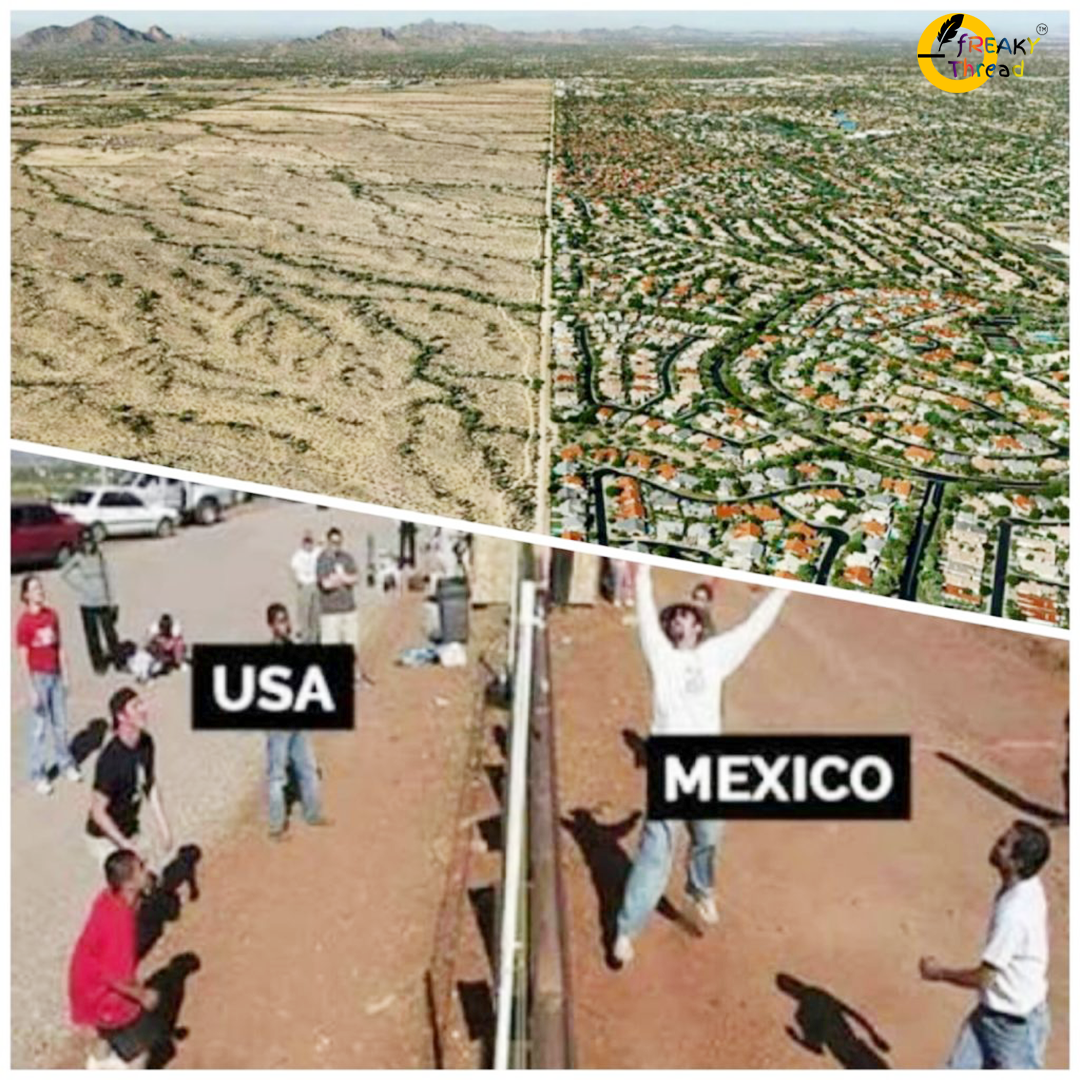 The Mexico and USA Border is the International Border between them that shares the maritime and land border. It starts from the Pacific Ocean and goes towards the Gulf of Mexico with a variety of terrains, that range from urban areas to deserts.

It is one of the busiest and mostly crossed borders in the world as the heavy international trade is done by this border. 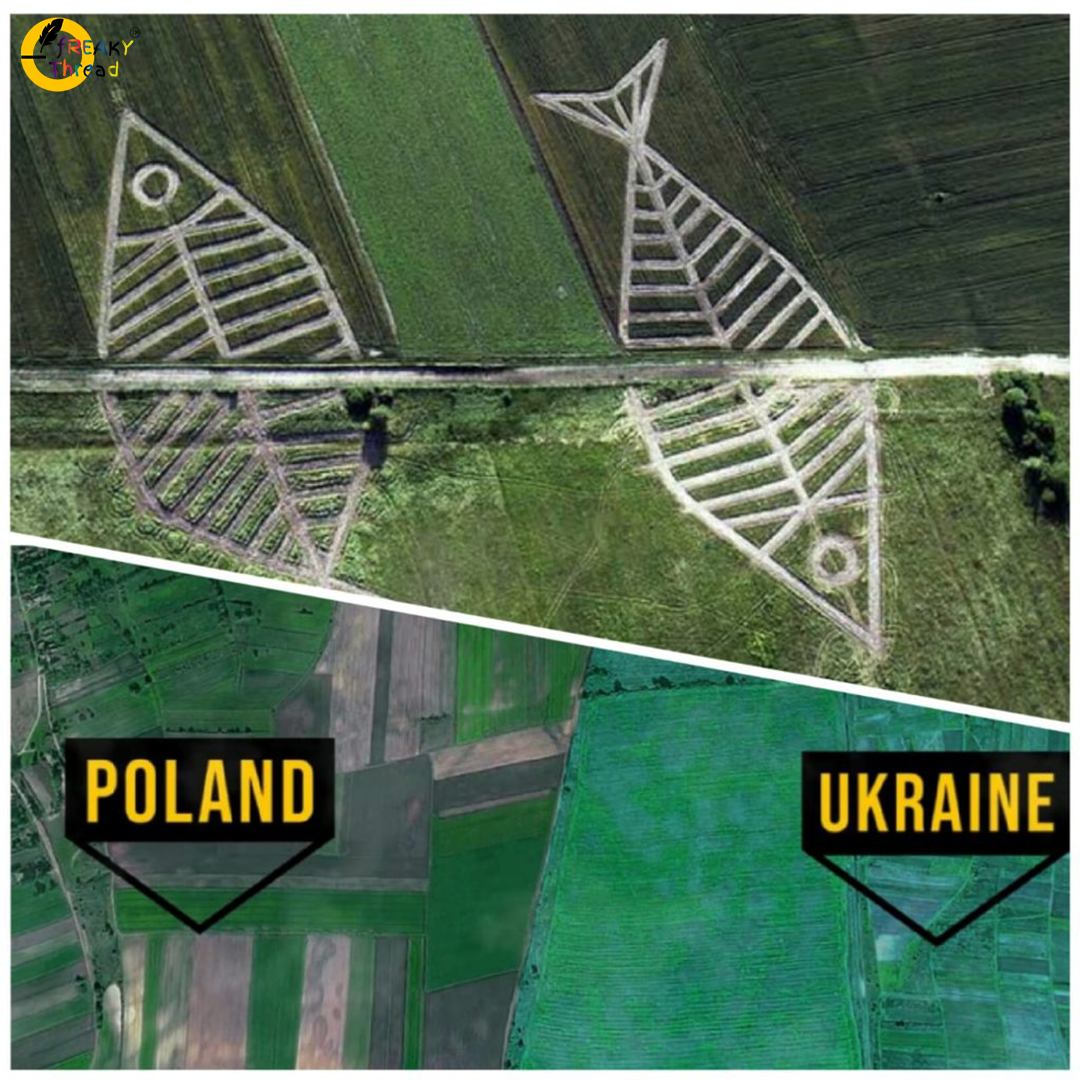 Poland and Ukraine are the second and third largest Slavic Countries after Russia. Both countries share the state border which is a piece of an art object. Two colossal fishes with planting indicate that the boundary between these two countries is just formality. A festival is held at the border every year, known as “The Land Art Festival”. 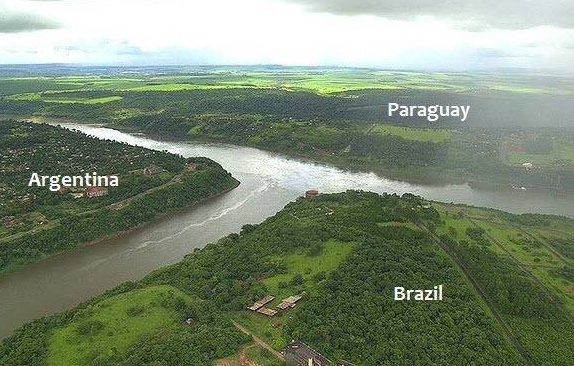 The triple frontier where the Iguazu River and Parana River separates Brazil, Argentina, and Paraguay. Each country erected their stone pillar with the color of their national flag. It is one of the most historical borders because of tourist attraction. These three countries share their cultural, economical, and social values and make the environment dynamic and interesting. 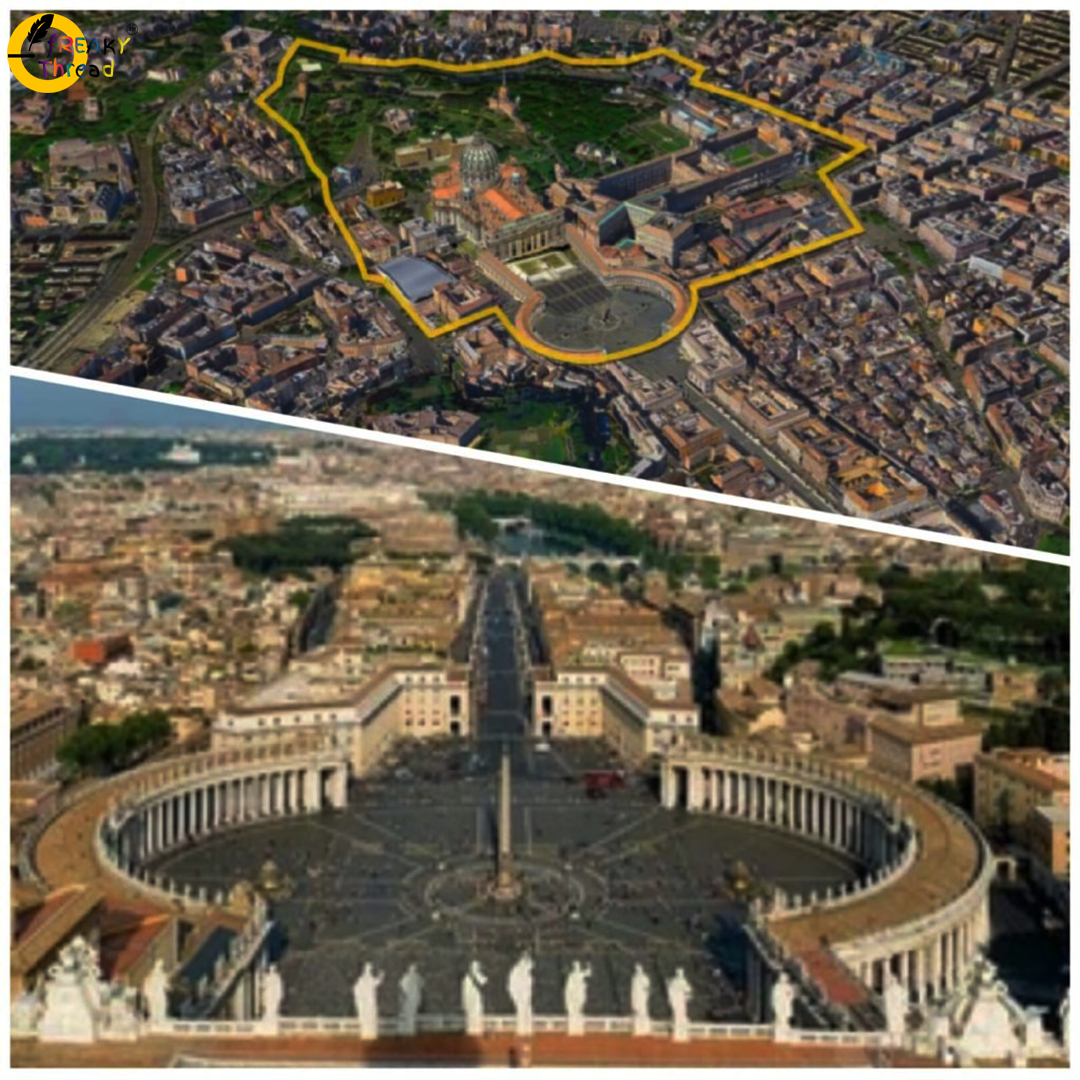 The world’s smallest country, Vatican City is the state of its own. It is encircled by the border of Italy which is just 2 miles long. It has its flag, mass, media, anthem, etc but it only lacks the border. The entrance to St. Peters Square is considered the border between them. 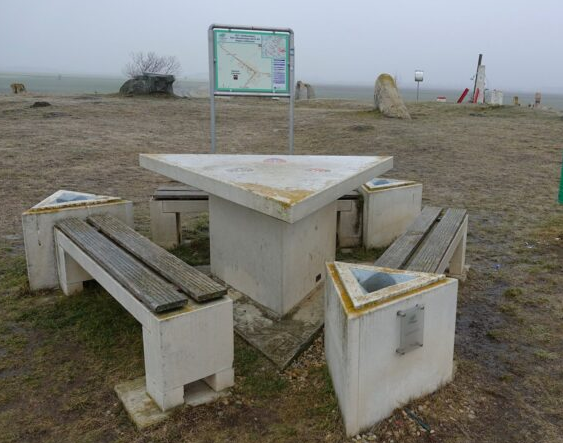 A tri-point border where these three countries meet and almost 170 such points in the world. One of the unique points is in Europe which looks like a stone picnic table. Hungry, Slovakia and Austria are the members of the Schengen Area, so no such border present between them. The tri-point is surrounded by the monuments, representation of its country. 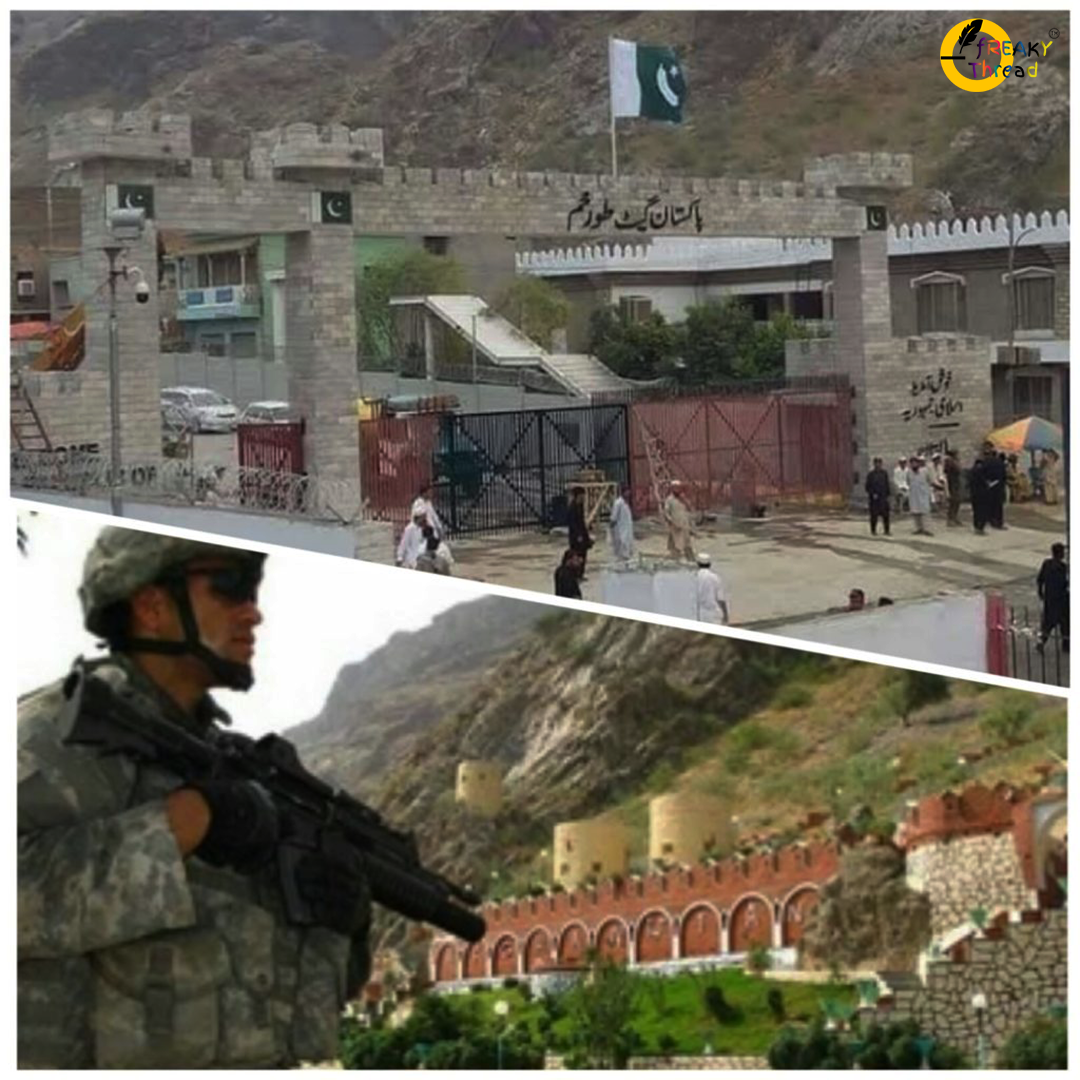 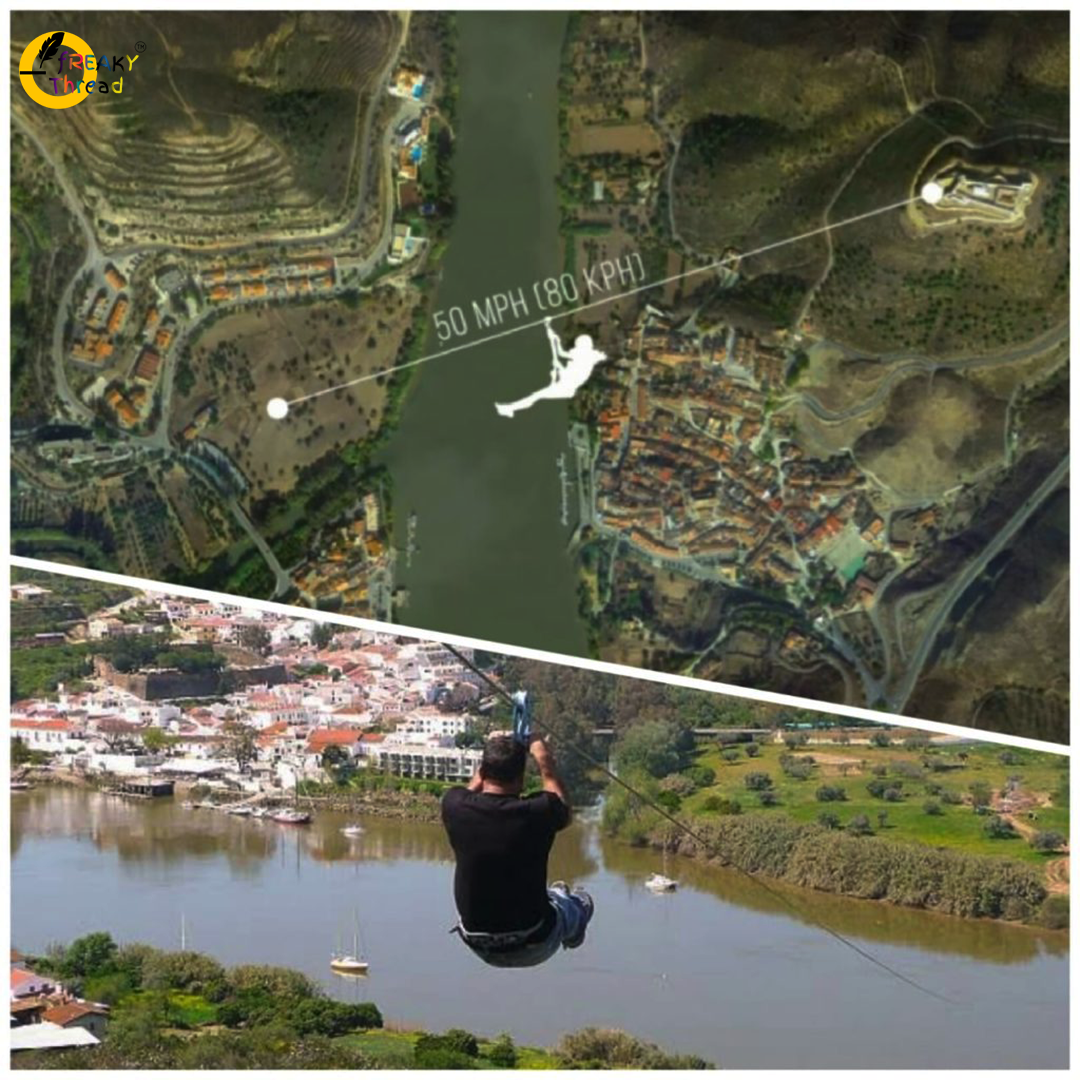 One of the most unique and amazing borders present between Spain and Portugal, A Zip Line Border. It is the best way for adrenaline junkies to travel from one side of the border to another. 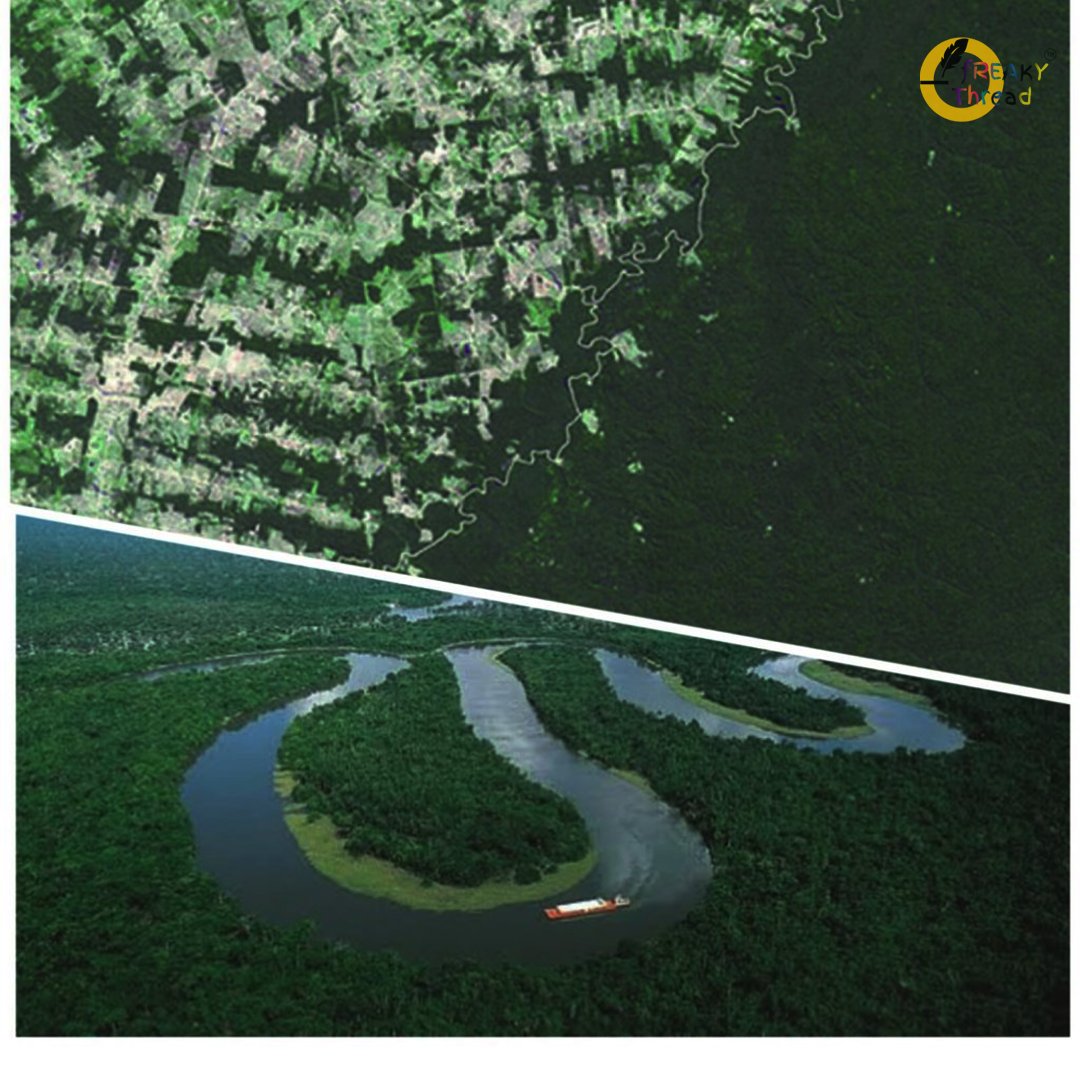 The border between Brazil and Bolivia is an international border that crosses a variety of terrains, urban areas, forests, and desserts. It starts at Pantanal and ends up in Amazon Rain-forest. 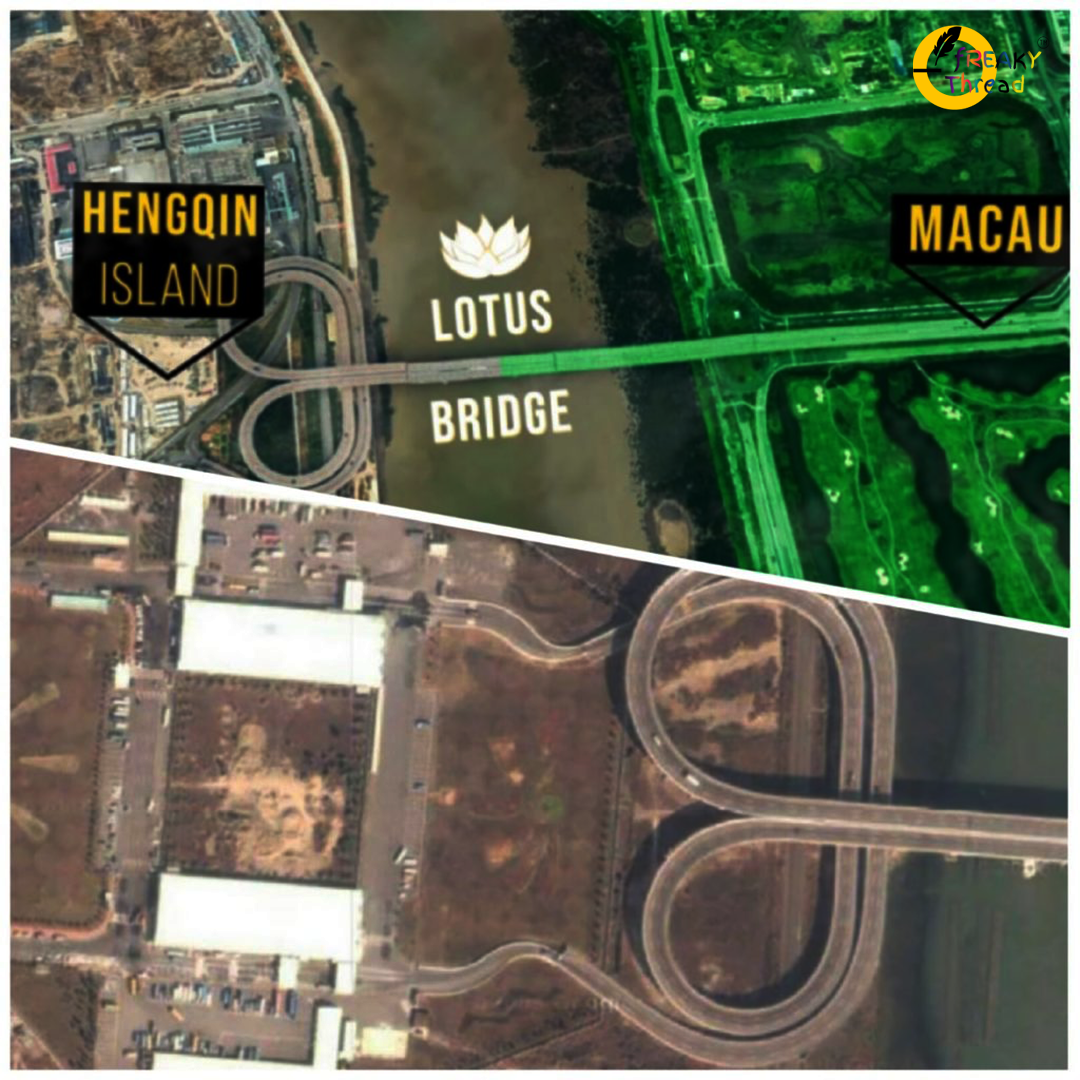 The border between China and Macau is amazing and beautiful as it is the road bridge where Macau drives on the left side of the road while China in on the right side. 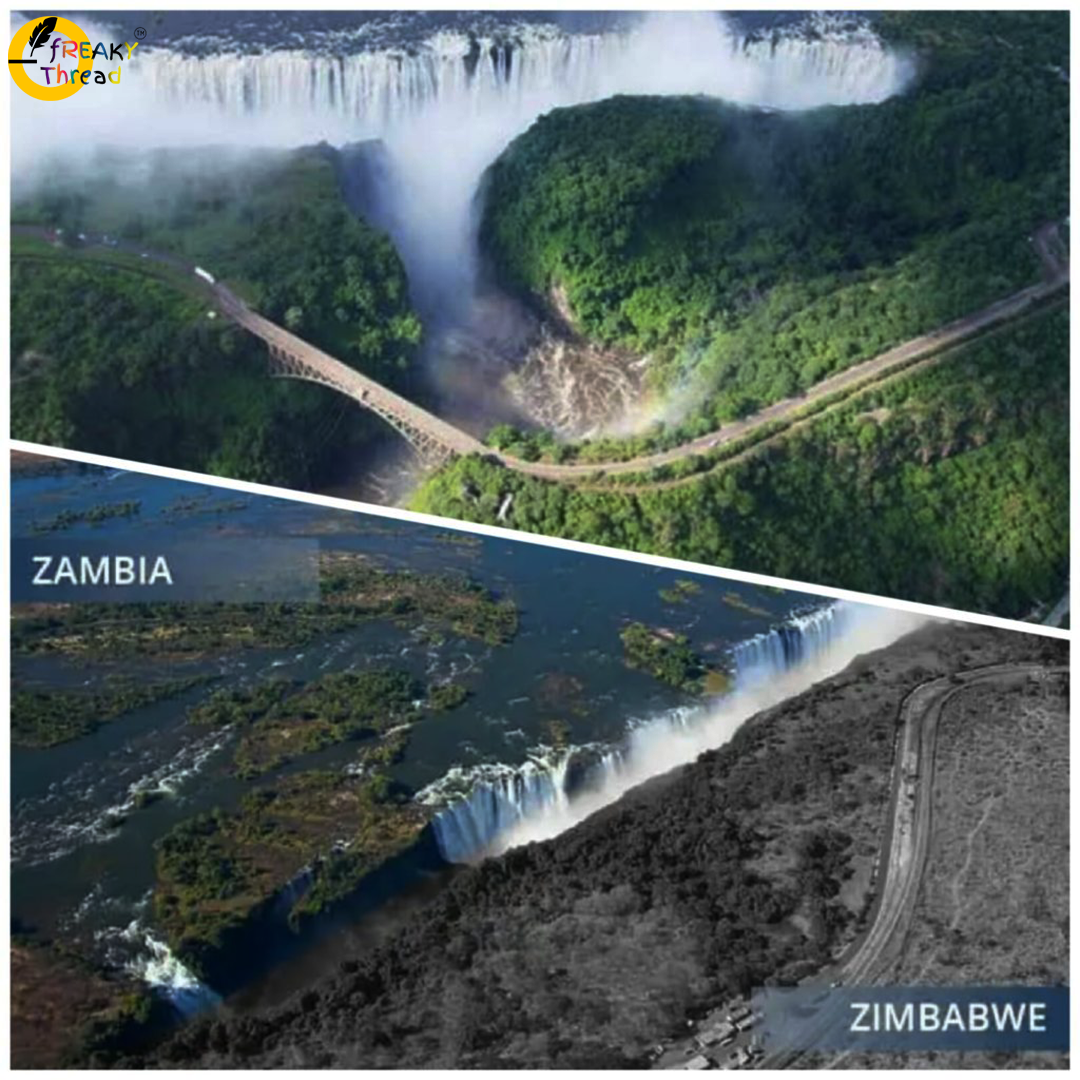 The stunning Victoria Fall is the border between these two South African countries, Zimbabwe and Zambia. The Victoria Fall Bridge also connects them which is also used by road traffic. 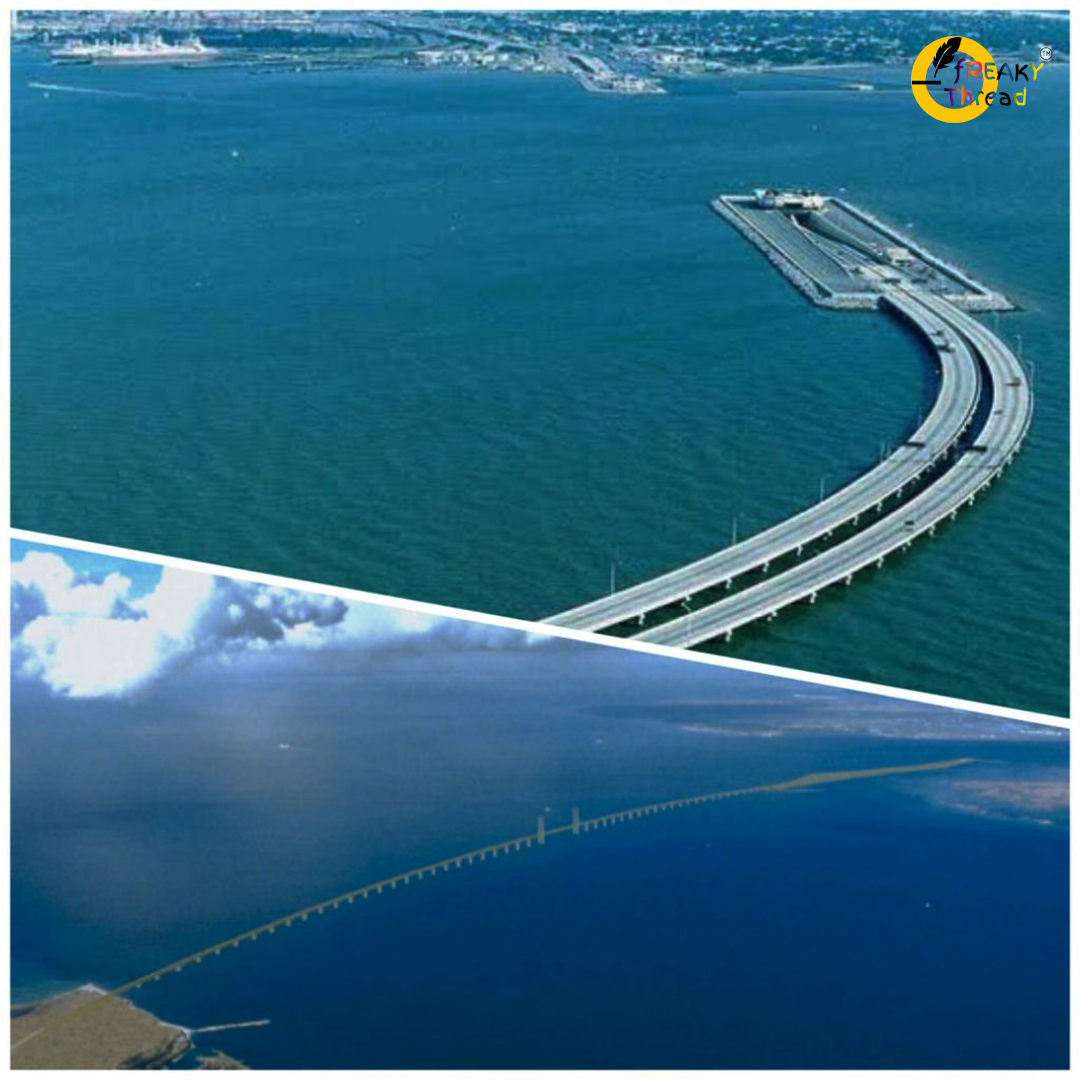 The Oresund Bridge approximates 16 km long road and rail link that connects Denmark and Sweden, which is form after the year 2000. It consists of a bridge, an artificial island, and a tunnel. Before this, there was no land border and considered as a maritime boundary 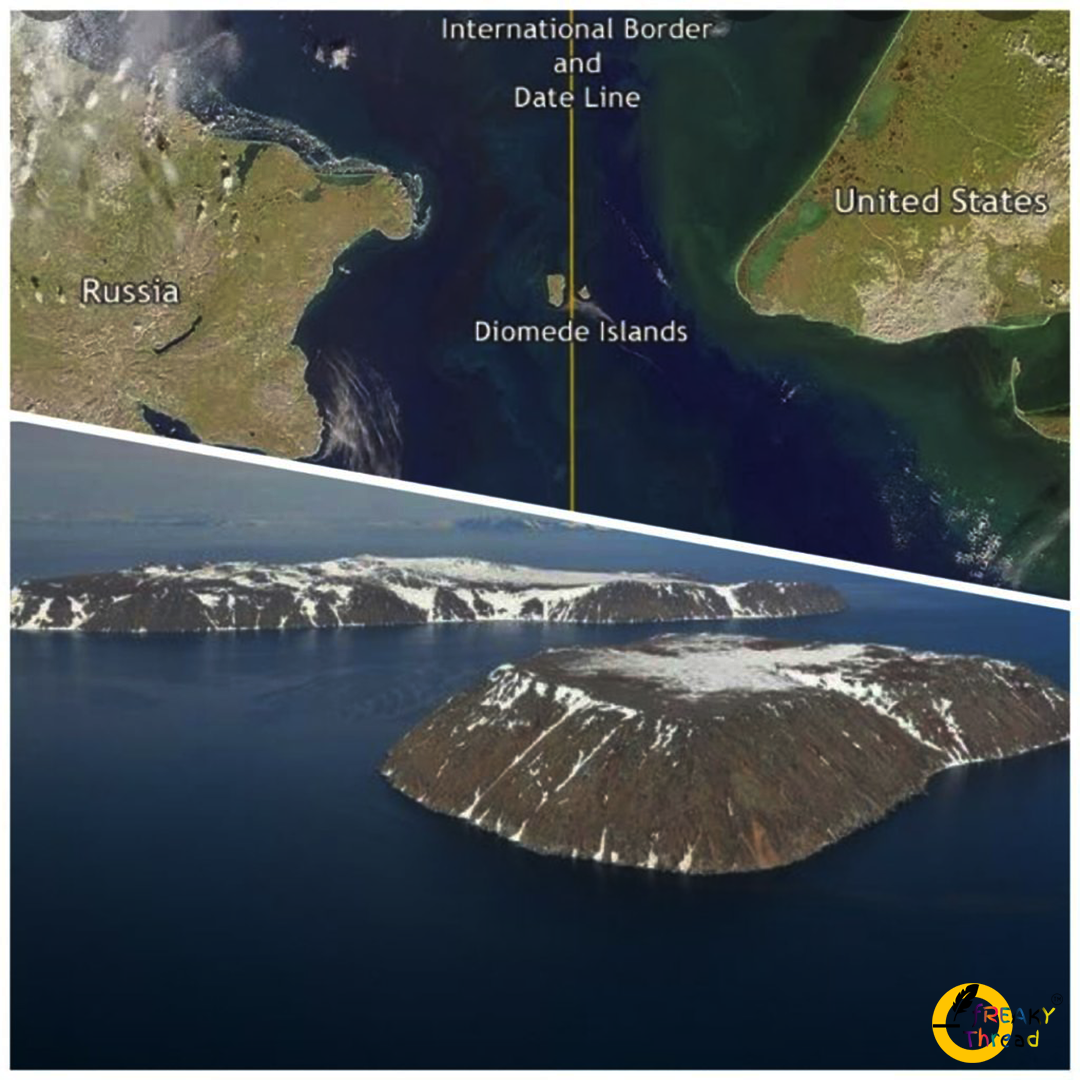 Diomede Islands, a pair of rocky islands, represents the borderline between the USA and Russia. The bigger Diomede belongs to Russia and the smaller one is in the USA. Both of them are just 2.4 miles apart and despite their small distance, Big Diomede is 21 hours ahead of its fellow isle. This because of International Date Line runs between the islands. So, Big Diomede is also known as a Tomorrow Island and the Little Diomede as Yesterday Isle. 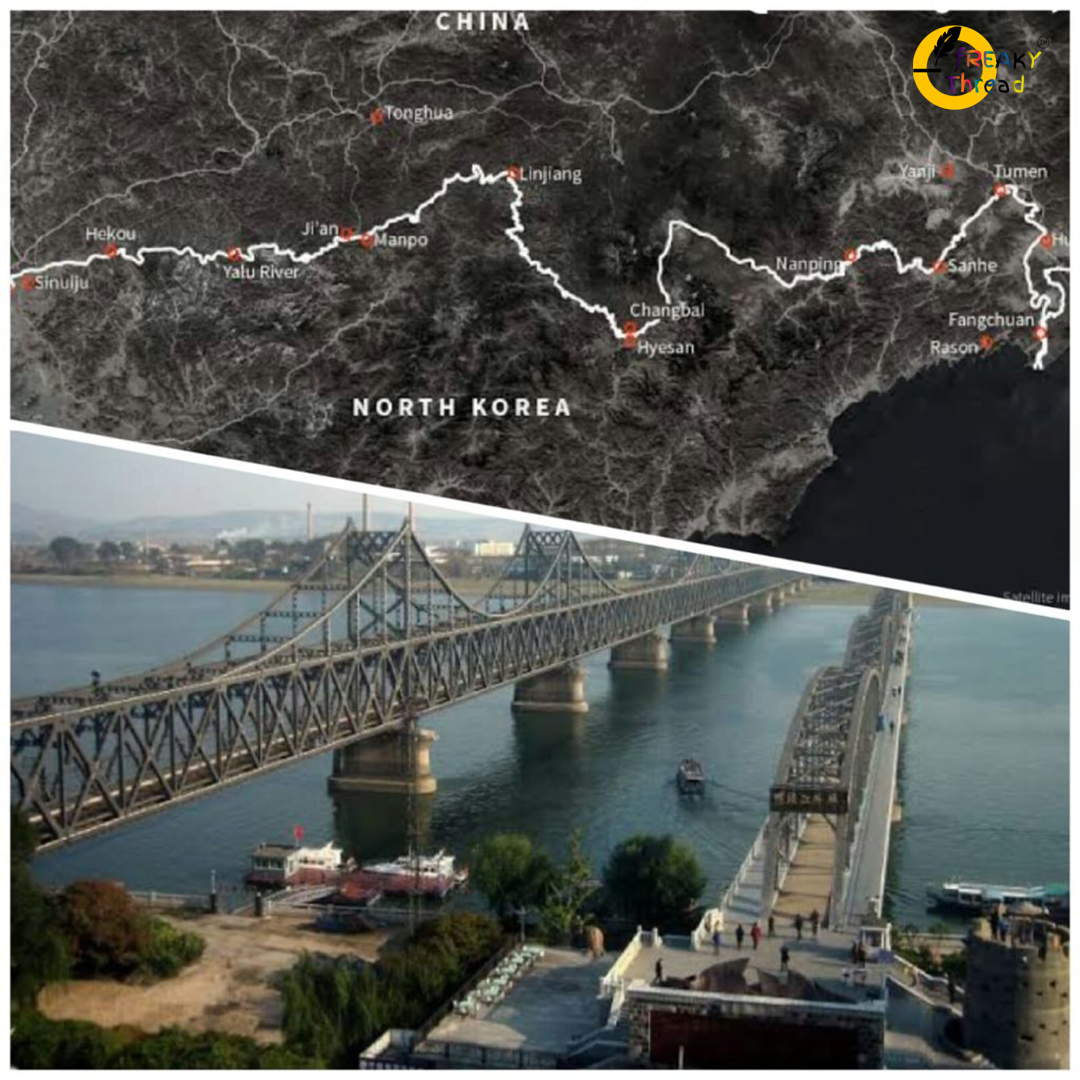 The “Sino-Korean Friendship Bridge” that crosses the Yalu River, connects China and North Korea. Both countries consider as a closet ally and have a strong closed friendship relationship. 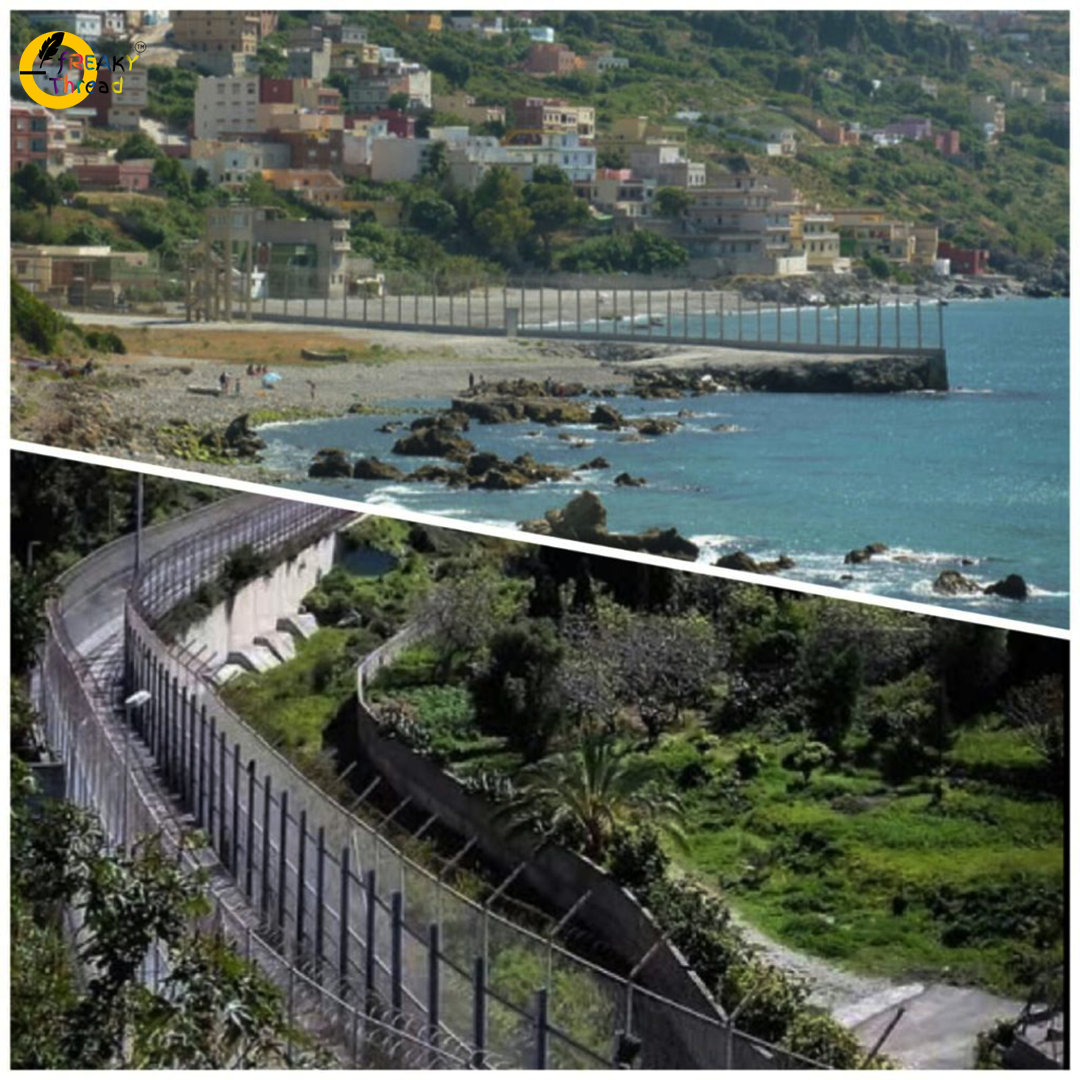 Both countries share maritime borders at the Canary Islands area along with the Strait of Gibraltar and the Albertan Sea The border is surrounded by tall fences to stop the illegal immigration into Spain.

Germany and the Netherlands 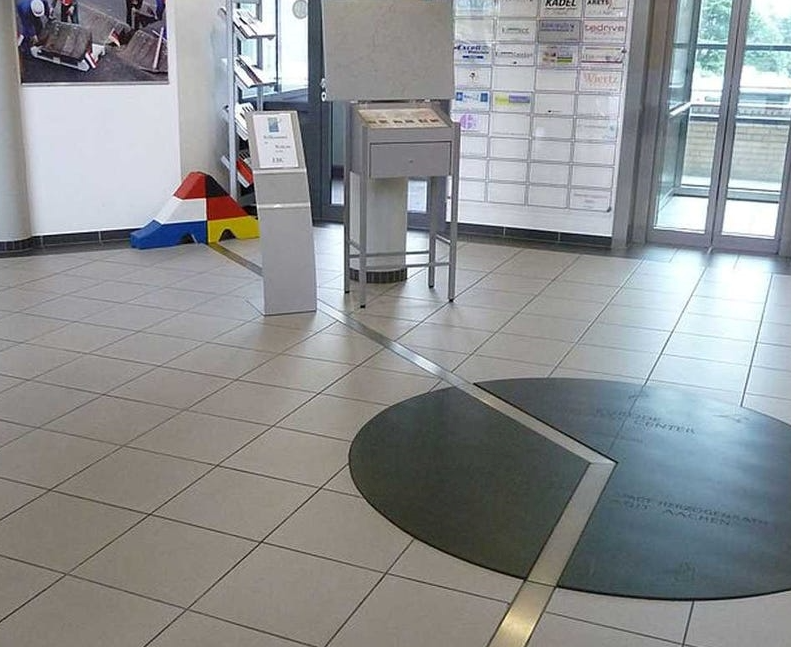 Germany and the Netherlands share the land as well as the maritime border. The land border between Germany and Netherlands at the place of Europe Business Center is marked on the floor by a metal strip. 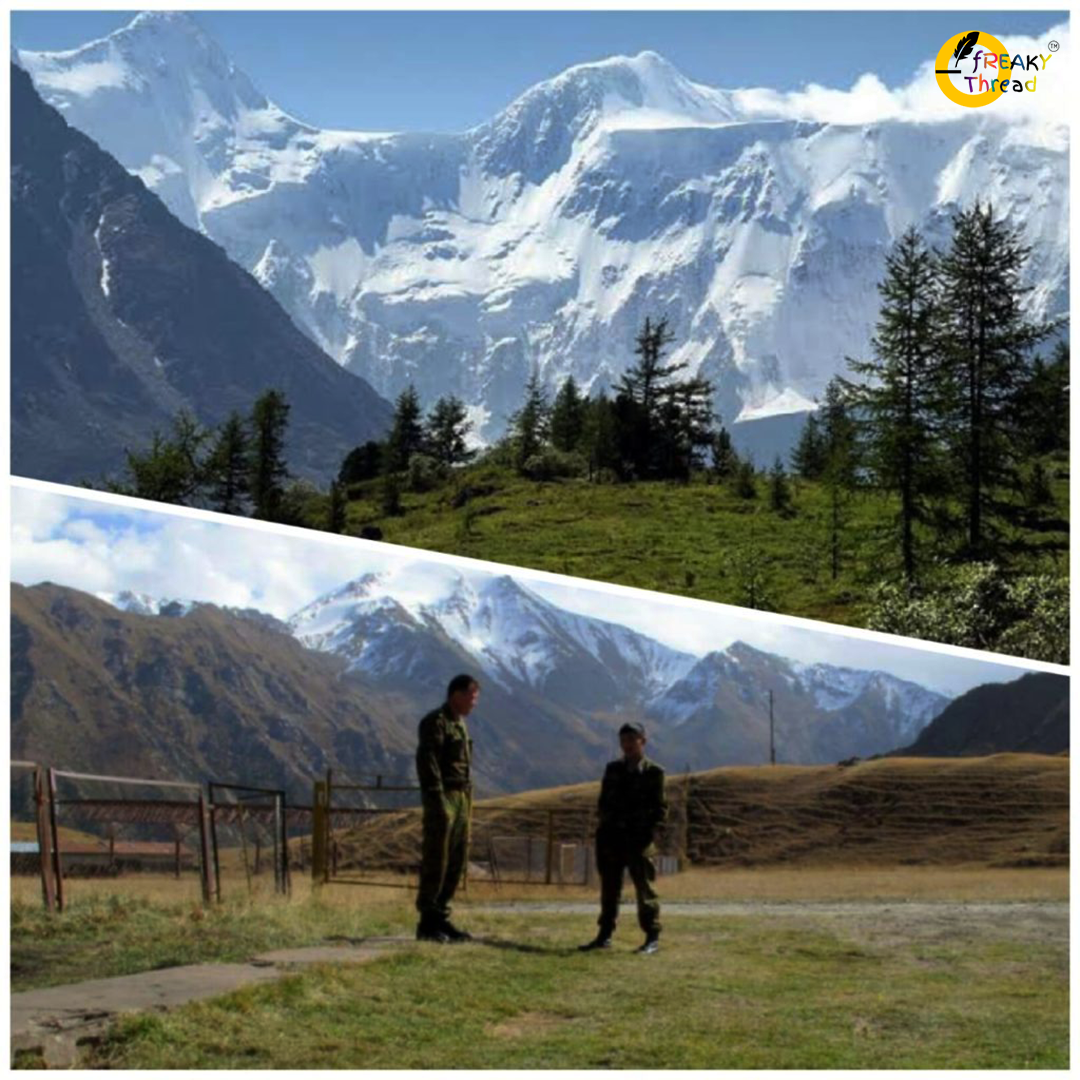 The Kazakhstan and Russia share the longest continuous international border and the second-longest border with a distance of 6,846 kilometres. The border starts from the west at the Caspian Sea and ends at tri-point with China in the west-east direction. 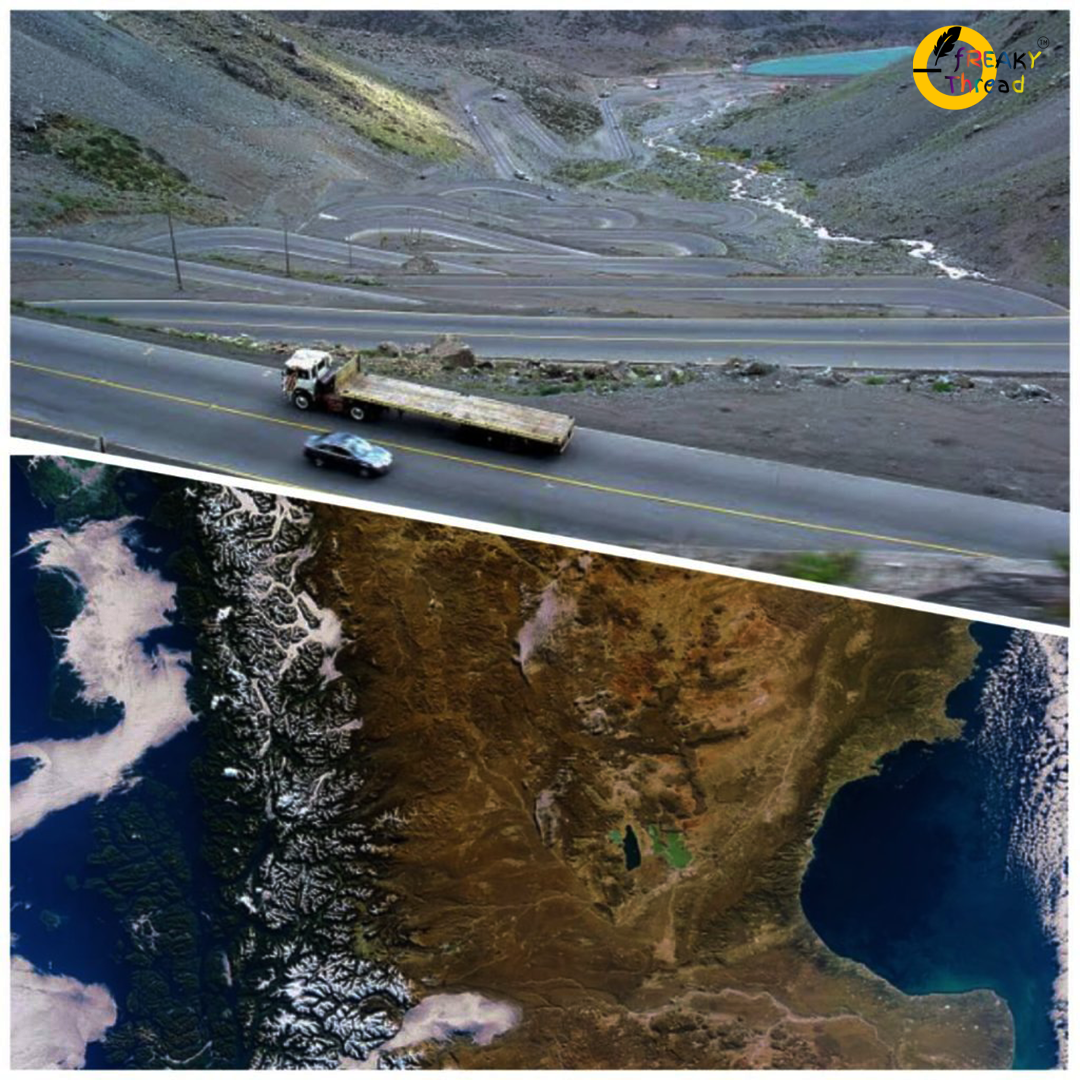 Argentina and Chile share the world’s third longest border with each other which is 5,300 kilometers long. It runs from north to south along with the Andes Mountains and splits the Island of Tierra del Fuego. The equator of the border is dry, dusty, and rugged but when you travel towards the south you find a wet, cold, and windy air.

Subscribe us if you liked our blog about the Most Amazing International Borders in the World Between Countries!
Keep visiting Freaky Threads blog for more informational blogs like Top 10 Most Expensive Watch Brands for Men in the World!