Top 10 Dangerous Airports in the World

Nowadays, to travel from one city to another or one country to another, a plane is one of the safest, interesting, and time-saving mode of transportation. Some airports are beautiful, impressive, and full of entertainment while some are challenging, dangerous, and scary for their passengers and as well as for aircrew. Some most dangerous airports in the world are as follows; 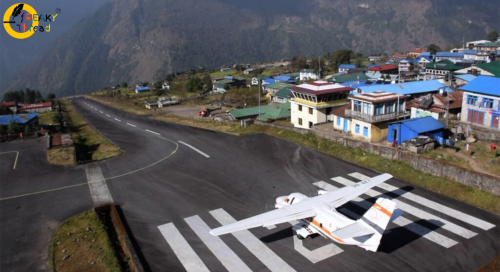 Lukla Airport is the prime airport in Nepal, said to be one of the dangerous airports in the world. At the height of 2,842 meters, the airport is located near Mount Everest with a freezing terrain. The runway is narrow and short just only 527 meters, and it is quite risky even if the conditions are favorable. The risk factor increases as the runway have a cliff on one side, and a mountain wall on the other with serious slopes and angles. It is said that passengers clapped on after landing at Lukla Airport. Sometimes, the pilots have to land without any assistance from traffic control because of a disrupted connection to the control tower. 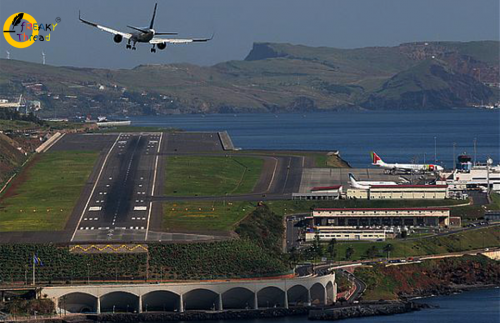 Madeira is a famous destination in Portugal, and it gained new popularity and attention in 2016, after it renamed Madeira International Airport Cristiano Ronaldo, in an honor of the famed soccer player. It is considered the third most dangerous airport in Europe because of the narrow runway, strong winds with high mountains on one side and the sea on the other side. Engineers built a series of platforms on an artificial island to expand the runway. After completing the advanced training on the simulator, a limited number of pilots are qualified to fly at this airport. 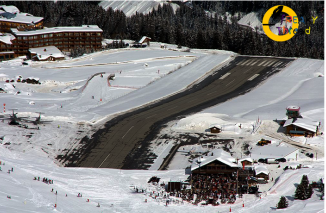 A ski resort in the French Alps, there is an airport for Courchevel. It is surrounding by mountainous areas with a short runway of 518 meters (less than Lukla which has 527 meters) with a slope on a runway. This makes the condition difficult and dangerous because the plane must travel down on the slope when it takes off and lands. And the situation goes worse when the airport authority does not provide lights and instruments aid in extremely bad and foggy season. 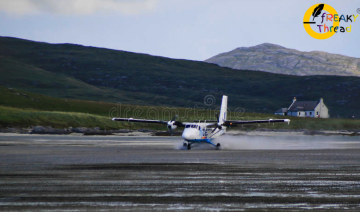 Barra Airport gains attention as one of the most dangerous airports in the world because its runway is a beach, sandy bay of Traigh Mhòron, a remote island. The runway is only five feet above the sea level, so, all runways are submerged during high tide. So, the pilots have to follow the strict schedule and only attempt take-off and landing in particular conditions. Sometimes, high tide disturbs flight schedules so much, that the cars in the parking lot have to turn on their lights for pilots’ assistance. 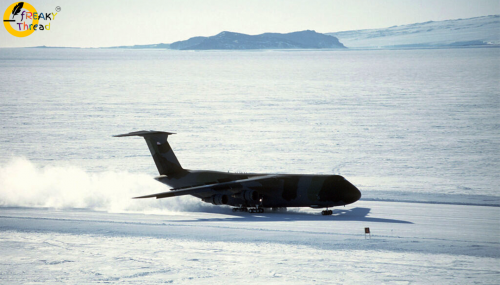 It is surprisingly located in the cold of Antarctica and all the runways are made up of ice. In winter, pilots have to land in the dark by using night vision equipment. This least traveled continent does not have the infrastructure and hospitable conditions to support a functional runway. The sleek terrain and weight of the plane sometimes crack the runway making conditions more dangerous. 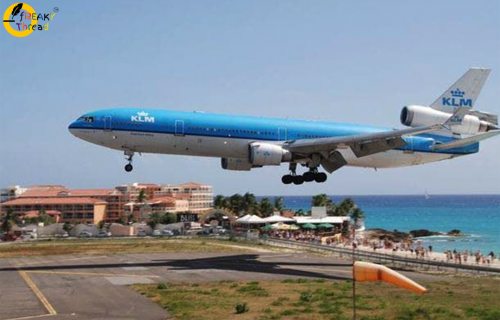 It is one of the scary and dangerous airports, as Maho Public Beach is present at the end of the runway, which keeps people holding on to their heads. When the plane descends, it is just a few feet above the people’s heads with also leaves an unpleasant gust of sand and wind for sunbathers. The runway is only 2,179 meters long instead of 2,500 meters which is essentially required for cozy landing. 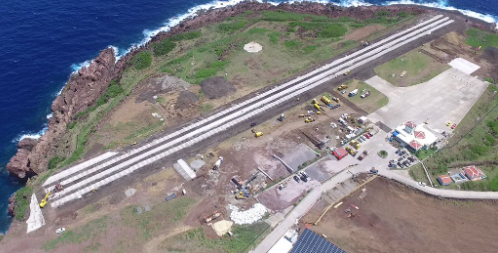 Another airport, that is located on the island, Island Saba, also known as Juancho E. Yrausquin Airport, is one of the shortest commercial airport runways in the world. It is only 400 meters long and only fully trained pilots are allowed to fly there. Moreover, the pilot’s approach is almost at a cliff, alongside the jagged terrain of Saba and then immediately a sharp left bank before landing.

Paro Airport Bhutan is famous for being one of the world’s most difficult and dangerous airport to land. It tucked away in the Himalayas, lies 1.5 miles above the sea level. It sounds great but be careful that the airport is surrounded by sharp peaks up to 5,500 meters long. The runway is 1,980 meters long and allows take off and landing only at daytime by the well trained and qualified pilots. 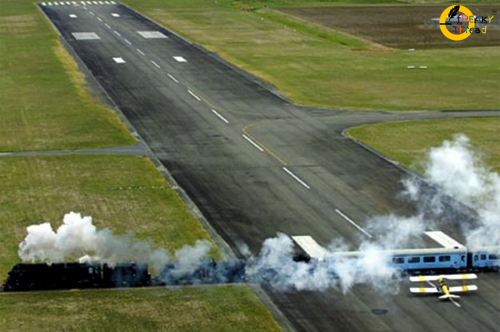 This unique and difficult airport has a railway intersecting with the runway at one point. It has three grass runways with one main runway, landings require accurate coordination to avoid approaching trains. That’s why perfect time management is the main key to allow others to safely pass through the way 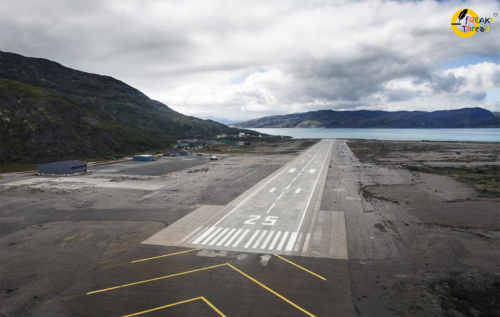 It is located in the South of Greenland and the middle of countless Fjords. Like Antarctica, this airport is also covered with ice, with 1,800 meters long runway. The weather is stormy, windy,
low visibility, and often creating intense turbulence during the flight. Nearby, the active volcano erupts occasionally that add ash into the clouds which may stall and destroy the engines.