Freaky Thread > Beauty - Fashion > 19+ Interesting Facts about Makeup That May Surprise You !!!!!!!! 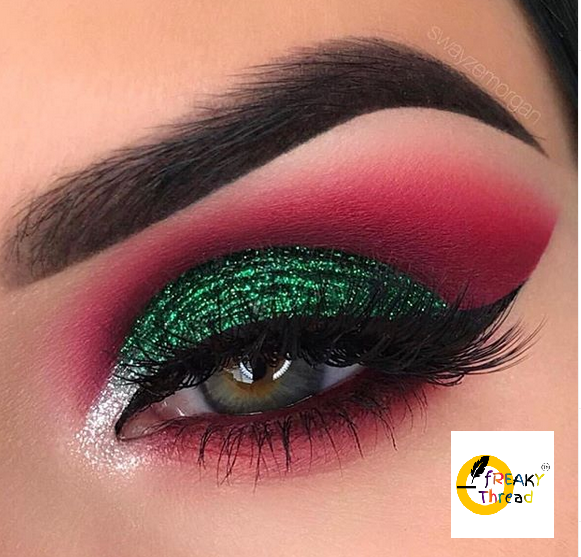 “Beneath the makeup and behind the smile, I am just a girl who wishes for the world.”

Makeup is commonly familiar to every woman either she likes it or not, but it’s freaky to say men are also in the same race now. Most of them wear makeup daily even you going to have a few products in your bag now. In this modern era, people trust brands for quality makeup but in the past women had different experiences with the available cosmetics. Here are some interesting facts about the makeup you would surprise to know.

1- Do you know? It estimated that on average, a woman spends $15000 on makeup in her lifetime.

2- Worth $170B is generated by the Cosmetic industry worldwide.

3- Beauty industry A big Nos in the US is using FDA approved cosmetics which has neon added nail polishes. Your nail polish may have neon!!!!!!

4- A century ago, no matter where you are, makeup utilization was assumed as an indicator of your wealth or low morals.

5- Egyptians were a pioneer for the use of cosmetics while Greeks claim credit for roots of the word “cosmetics”.

6 – Belladonna is poisonous, but Romans have used its drops to make pupils sexier and look larger.

8 – Elizabeth Taylor onset banned the other women from dressed in the red lipstick.

9- When a Feminist, Elizabeth Cady marched for voting right,

lipstick wore as a symbol of freedom from tyranny.

12- During Elizabethan-era, coal tar has used as mascara and eyeliner, and many women went blind.

13- Cleopatra soaked her ship sails in the perfume, having a signature scent so that every person could smell her onset.

16- According to Estee Lauder, her perfume bottle drop on the departmental floor so the customer would smell, and demand of its products will increase.

17-The Egyptians used perfumes medically and in cosmetics. They also get credit for creating it.

18- In 1915 ad, many women began shaving their underarm after watching a model in fashion ad with shaved armpits.

19. Women have made their beauty symbols often with pieces of black velvet.

20- During the Elizabethan era, women used to crazy methods to look beautiful. They shaved their foreheads using arsenic, and lipstick believed having magical powers. And you know that Queen Elizabeth died wearing lipstick.