Daydreaming is a common human activity that takes your mind off external tasks and diverts its focus inward. In fact, it is so common that a large study found that participants spend 47% of their waking hours daydreaming. Despite the fact that daydreaming may not be harmful, it is important to keep a few things in mind while enjoying the benefits of this activity.

Positive functions of daydreaming are a powerful tool for improving your life. However, they should be used responsibly. You should only allow yourself to engage in positive daydreams when you are in a healthy headspace and in a relaxed environment. They should not be used as a coping mechanism for serious distress or escapism. You should also remember to set realistic expectations. As with anything else, there is no right or wrong way to daydream.

Positive daydreaming is associated with positive emotions, such as excitement and a desire to explore new things. Research has linked this type of daydreaming with higher levels of creativity and happiness. The opposite is also true: uncontrolled daydreaming is potentially harmful to your health. Therefore, it is important to learn how to control your imagination.

Daydreaming is a natural human behavior. It helps us reach our goals by improving our working memory and decreasing stress levels. Imagining the world in other people’s perspectives can also help us solve problems and build connections with other people. Research has also proven that people who engage in this activity perform better in tasks and overcome obstacles.

Positive daydreaming is also beneficial for our mental health. It helps us reduce our stress levels and prepare ourselves for new experiences. It also helps us sleep better at night. Psychologists have long acknowledged the benefits of daydreaming. It helps improve our physical health, relieve anxiety, and enhance creativity. In addition, it allows us to develop personal goals.

Positive daydreaming also helps us explore new ideas and visualize situations. This allows us to develop innovative solutions to problems. Furthermore, daydreams also foster our creativity, as they create new pathways in the brain. Researchers from the University of California, Santa Barbara have found that daydreamers perform better in creative thinking tests than those who do not daydream.

Studies have shown that daydreaming can help us improve our analytical skills and enhance our empathy for other people. It can also help us deal better with our fears and anxiety, according to the Harvard University Medical School’s health blog. 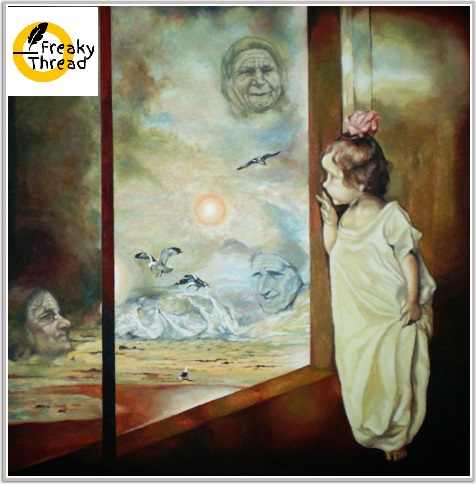 Overwhelming daydreaming can cause serious impairment in daily functioning and can even lead to anxiety and depression. The symptoms of excessive daydreaming include impaired control, increased feelings of distress, and shame over the time diverted from real tasks. The research also indicates that daydreaming can be a cause of obsessive-compulsive symptoms.

People who daydream excessively may feel lonely or isolated. They may be unable to concentrate or fall asleep and may spend hours watching television or playing video games. They may also have difficulty waking up in the morning because they are immersed in their daydreams. This type of daydreaming is often triggered by stressful situations, television, or other outside stimuli. However, some experts believe that daydreaming may also be a form of coping mechanism for those who have experienced traumatic events or experiences. As a result, individuals create fictional situations and scenarios to help them feel better.

People who experience daydreaming issues should learn to recognize the triggers of their daydreaming. By identifying these triggers, they can develop strategies to prevent them. For example, they can avoid working at home if they know they will be distracted by daydreams. Instead, they can work at a nearby coffee shop or library.

Research on the causes of daydreaming is scarce. However, some studies suggest that this behavior may be a coping mechanism in response to childhood trauma. In fact, some studies have even suggested that excessive daydreaming is the result of an underlying disorder. While daydreaming may be harmless, its adverse effects on one’s life must be taken seriously.

Therapy is also a viable option for people with daydreaming that affects their lives. Therapy can help them understand and manage their condition and develop healthy coping mechanisms. The EZ Care Clinic can offer counseling services for individuals who are experiencing this condition. They can also recommend medication to combat the symptoms.

Maladaptive daydreamers often develop elaborate stories based on events in their daydream. Many of these stories involve characters that they imagine over again. They may feel disconnected from the world around them and may choose to spend hours daydreaming instead of socializing.

According to an Israeli professor, maladaptive daydreaming is a type of excessive fantasy activity in which a person spends up to 60 percent of their waking hours in an imaginary world. These people maintain some contact with reality, but the excessive fantasy activity affects their academic, interpersonal, and vocational functioning. The professor drew a connection between this condition and traumatic experiences.

Unlike regular daydreams, maladaptive daydreams are more detailed, involving characters and storylines that grow over time. They often include themes related to career goals, relationships, and life or death situations. Researchers have hypothesized that these daydreams may stem from childhood trauma. For example, a child who experienced abuse may spend his or her adulthood daydreaming about rescue scenarios.

Maladaptive daydreaming can interfere with work, school, or other responsibilities. People who experience excessive daydreaming often feel guilty about it and struggle to stop it. As a result, they may not seek proper care for their disorder. In addition, their symptoms may not be well understood by health professionals, which can lead to a poorer quality of life.

Maladaptive daydreaming is a condition that can disrupt a person’s life. There is no formal diagnosis of this condition, but it can cause a person to lose focus on their daily tasks. As a result, it is crucial to seek treatment from a mental health professional. Treatment for maladaptive daydreaming may include identifying triggers and using visualization techniques to prevent daydreaming.

Because of the nature of maladaptive daydreaming, diagnosis can be difficult. It’s difficult to distinguish it from normal daydreaming, which is why most researchers have developed a test that can help individuals determine whether they are prone to the condition. This test will ask the person to complete a series of questions, which can be helpful for self-diagnosis.

Maladaptive daydreaming can disrupt personal relationships and negatively affect a person’s performance at work or in academic learning. The person may be unable to concentrate on certain tasks and assignments and miss out on deadlines. In addition to this, many people with this condition feel more isolated than normal and may experience poorer sleep.

If your daydreaming is affecting your social life, you might need professional help to deal with the condition. The problem may cause people with maladaptive daydreaming to disassociate from friends and family and put off other responsibilities, such as work. It may also cause people with maladaptive daydreaming not to sleep well at night. This lack of sleep can affect their ability to focus and pay attention, and it may even lead to other psychological problems like depression and anxiety.