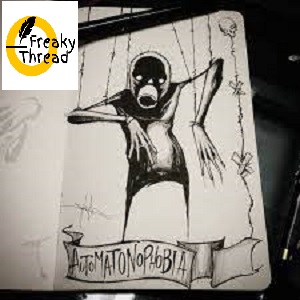 Automatonophobia is the fear of dolls and other figures that resemble human beings. Some people have a physical reaction to the sight of mannequins or wax figures, while others are completely fine. The symptoms of Automatonophobia are physical as well as psychological, depending on the person. 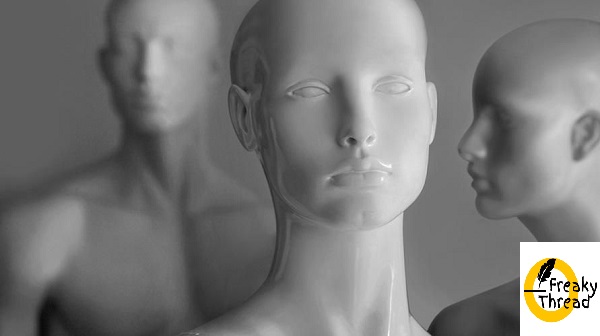 Automatonophobia is a phobia that can have a negative impact on an individual’s life. Although this condition is largely treatable, it can be hard to cope with. To help alleviate your suffering, you should visit a therapist. This can help you learn coping techniques that can help you manage your fear.

People who suffer from automatonophobia often experience a range of symptoms including shaking, rapid breathing, diarrhea, and nausea. They may also have an increased sensitivity to sounds. These symptoms can make it difficult to maintain a social life and may interfere with work. Treatment for automatonophobia often consists of exposure therapy. You might like this Common Health Problems in Elderly or Old Age Problems

Automatonophobia can be triggered by traumatic experiences. The traumatic events may be related to the presence of human-looking figures. Examples of such experiences can be rides at amusement parks or life-size replicas of stuffed animals at a playhouse. If you suspect you may be suffering from automatonophobia, it is important to seek treatment as soon as possible.

The therapy used for automatonophobia varies and depends on the specific symptoms. CBT is the most common treatment and involves changing a person’s mental patterns. This therapy uses a combination of cognitive-behavioral and hypnotic techniques to help patients relax. Another common method is systematic desensitization, which gradually exposes a person to the object of their fear.

Cognitive-behavioral therapy is another effective treatment for automatonophobia. This type of therapy focuses on exposing the feared object in controlled settings and reduces the phobia-related behaviors. When this therapy is used regularly, it improves the quality of life of Automatonophobia patients.

Automatonophobia can be a learned response, passed down from parents or grandparents. Individuals can be predisposed to Automatonophobia if they’ve experienced traumatic experiences with human-like figures. Other factors may also be involved, such as an unhealthy environment or early brain development.

If you’re worried about automatonophobia, the first step is to find a therapist. This professional will use DSM-5 criteria to diagnose your condition. They may suggest exposure therapy, cognitive behavioral therapy, or medication. The treatment for this condition will depend on your specific symptoms. 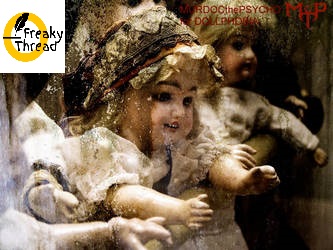 Doll phobia, or automatonophobia, is a condition whereby an individual is afraid of interacting with a doll or other automaton. It can be triggered by a variety of factors, including the belief that a doll will come alive or the strange sensation of the toy being alive. The phenomenon has been widely exploited in films, television shows, and books. One of the most famous films about automatonophobia is House of Wax, a film starring Vincent Price that was released in 3D. The film follows a crazed wax sculptor who becomes a serial killer. It was remade in 2005 with a new plot.

Automatonophobia is a rare type of fear. The condition can lead to extreme anxiety and even difficulty breathing. In severe cases, individuals may even be unable to visit theme parks because they are terrified of wax figures. Other symptoms of Automatonophobia include shaking, crying, and heart palpitations.

Automatonophobia may also be a learned response. Some individuals may have learned the disorder from older relatives who were anxious. But for others, the phobia can develop due to an intense response to fear of human-like figures. In both cases, medication and therapy are used to treat the condition.

In addition to automatonophobia, pediophobia is a fear of humanoids. While some people are afraid of all dolls, others have a particular phobia toward specific types of dolls, including antique china dolls and talking dolls. Intense fear of dolls may make people freeze in their tracks, but the condition is highly treatable.

Doll phobia and automatonophobia are treatable and can be effectively overcome with therapy. Depending on the severity and specific symptoms, therapy may include exposure therapy, cognitive behavioral therapy, or medication. The aim of therapy is to teach a person to challenge the negative thought patterns that trigger the fearful object.

Automatonophobia is a rare and extreme extrinsic phobia of humanoid robots and figures, especially those that are made to look like humans. This fear may cause a person to experience heart palpitations, tremors, and even crying. It can also cause people to avoid certain locations and situations.

The symptoms of Automatonophobia may differ from person to person, so it is important to find a therapist who can offer the right treatment. This phobia is often caused by an intense negative experience with the object that triggered the fear. Once the person has acquired the phobia, they can no longer feel comfortable around the object.

The cause of automatonophobia is still unknown, but it can be traced back to a traumatic event. For example, it can be caused by a childhood encounter with a life-sized doll. The phobia can also be related to genetics and environmental factors. Treatment options include medication and exposure therapy.

Automatonophobia can be treated with exposure therapy, which involves gradually exposing patients to the objects that trigger the fear. Ultimately, this therapy helps the patient face his or her fear and improves their quality of life. Some therapists also use virtual reality in their treatments.

A doctor can prescribe antidepressants or benzodiazepines to help alleviate the symptoms. However, these medications are not recommended for long-term use because of the risk of dependence. Automatonophobia is a serious condition that can interfere with daily life. The best treatment for automatonophobia is to seek professional help and explore treatment options.

Cognitive-behavioral therapy is one of the most common forms of therapy. This type of therapy helps a person change their thinking and behaviour by replacing irrational thoughts with rational ones. Cognitive-behavioral therapy also involves exposure therapy, which involves gradually exposing the sufferer to a feared object. It is also an effective method of treating automatonophobia.