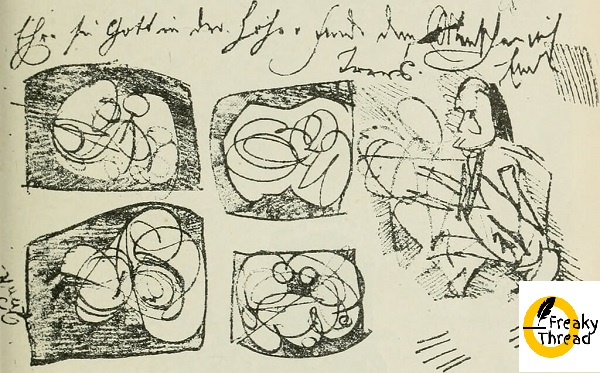 Identifying and treating dementia praecox requires careful evaluation of symptoms and psychological evaluation of the patient. In many cases, anti-psychotic drugs like clozapine and chlorpromazine can be highly effective in alleviating symptoms and preserving normal life. Ongoing counseling and earnest support for the patient are also essential. Many patients recover and can function well in society with the appropriate care.

The concept of dementia praecox, developed by Emil Kraepelin, combines elements of several disorders that are characterized by similar symptoms. This condition is characterized by incoherence of the patient’s cognitive and affective functioning. Emil Kraepelin’s concept was later elaborated upon by other scholars. Eugen Bleuler and Kurt Schneider emphasized the importance of hallucinations and delusions, while Emil Kraepelin’s concept of dementia-praecox aimed at identifying the disease.

The origin of dementia praecox is not fully understood. Kraepelin argued that the disease is caused by chronic autointoxication, which leads to the damage of the brain. This theory led to the development of organotherapy, as well as surgery.

In the United States, Kraepelin’s ideas were not easily transplanted. In fact, his concepts were altered and adapted in an unexpected way. During the early twentieth century, American doctors mistakenly considered dementia praecox synonymous with schizophrenia. Indeed, in the 1918 edition of The Statistical Manual for the Institutions of the Insane (SMUI), the diagnosis of dementia praecox became synonymous with schizophrenia.

The concept of dementia praecox was first introduced by Kraepelin in 1899 in his sixth edition of Psychiatry. His original concept was that it was a disease with three main subtypes. While he devoted a few pages to its aetiologia, Kraepelin emphasized the complex clinical presentation of dementia. In the eighth edition of his textbook, he expanded the concept to at least 10 forms.

Dementia praecox became a popular stereotype and a source of hope and excitement for the field of psychology. However, after its promulgation, the concept was challenged by many psychiatrists. As a result, the concept is now considered outdated and controversial.

Despite the fact that the causes of dementia praecox are unknown, the condition is now an empirically defined syndrome with a defined temporal pattern. Kraepelin’s concept of dementia-praecox emphasized persistent cognitive disturbances that begin early in life. The name “schizophrenia” was first used by Eugen Bleuler in 1916, a year before Kraepelin.

The concept of dementia praecox is often confused with the degeneration theory. While Kraepelin believed in this theory, his concept of dementia-praecox was not consistent with it. His hereditarian views were often misinterpreted as monocausal, but they were actually more probabilistic. Despite these differences, the statements by Kraepelin show the importance of heredity in dementia praecox.

The term dementia praecox was first used by Benedict Augustin Morel in 1852. Later, it was used by psychiatry professor Arnold Pick. The term “dementia praecox” was later replaced by schizophrenia in the DSM-5. However, in the past, the terms were used interchangeably.

Kraepelin’s classification of catatonia was not entirely accurate. The condition is characterized by a lack of response to external stimuli. Its symptoms are akinetic and waxy. In addition, the patient has a passive posture that makes it difficult for him or her to move.

Kraepelin’s subtyping system for DP was initially limited to three classic subtypes. However, his eighth edition included 11 subtypes. However, this list has received only modest attention. Among the subtypes included is “Diem’s dementia,” which was named after a student of his.

In addition to advancing the field of psychiatry, Bleuler also advanced a bio-psychosocial model of mental illness. This model acknowledges the role of the mind and brain in the development of psychiatric disorders, as well as the role of social factors in the development of schizophrenia. Consequently, Bleuler’s work can be considered an early proponent of the bio-psychosocial model of mental illness and dementia.

The first step towards defining schizophrenia is to recognize the symptoms that distinguish them from dementia praecox. Bleuler’s theory stressed that symptoms of schizophrenia were secondary to other, more understandable processes. This makes them more accessible to therapy. It also emphasized the importance of personal communication to help patients understand and adapt to reality.

Bleuler’s theories of schizophrenia and dementia praecox were influential in the development of psychiatry in the 20th century. It reflected major theoretical debates in psychiatry during that time, such as Kraepelin’s principle of prognosis and the rule of thirds.

Carl Gustav Jung studied schizophrenia at the Burgholzli university clinic in Zurich between 1900 and 1909. He distinguished himself by developing an association test to investigate the psychodynamic processes in normal subjects. The result was the Psychology of Dementia Praecox, which was published by Jung in Halle in 1909.

By 1911, these alienists were influencing American psychiatry. This group included Adolf Meyer, August Hoch, George Kirby, Charles Macphie Campbell, and William Alanson White. Bleuler, who had studied dementia praecox and schizophrenia, was an influential member of this group. In 1911, he proposed a diagnosis of schizophrenia as an alternative to dementia praecox. He also corresponded with Freud and incorporated his ideas into his publications.