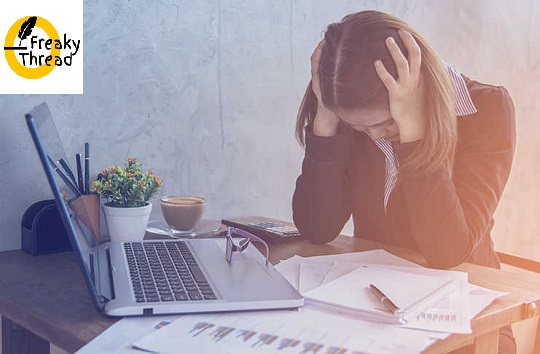 What is Hyper Independence?

People who are hyper independent often struggle to ask for help because they don’t want to rely on other people. They may also have trouble trusting others and worry that they will be considered an annoyance or burden. But with the right help, hyper independent people can learn how to trust others and build relationships.

Hyper independence is an extreme state of independence. People with this type of disorder often have a lack of trust in others. Because of this, they may not open up to other people or keep their inner circle small. However, hyper-independence is not always a permanent state. It can be treated by finding a therapist with attachment style expertise.

Hyper-independence can be the result of a childhood trauma, such as a dysfunctional family or a home where a sibling was the caregiver. Similarly, it may result from parents who are abusive, narcissistic, or distant. It can also be a result of bullying. When children have experienced bullying, they may be less likely to rely on friends and family.

Some people with hyper independence feel uncomfortable asking for help. They are used to doing everything for themselves, and they don’t like relying on others. As a result, they lack the trust and reassurance necessary for developing healthy relationships. However, this can be a long-term problem. A therapy session with a licensed therapist can help with the symptoms of hyper independence.

Hyper independence is an ingrained habit that affects how people handle work and relationships. It can make it difficult to ask for help when you need it. Hyper independence in the professional setting can lead to failure and lack of trust from coworkers and subordinates. It also leads to a lack of balance between personal and professional life.

People with hyper independence tend to make all their decisions alone, and they rarely seek advice. They don’t seek out help from others because they don’t want to be a burden or annoyance. This trait is considered a strength by themselves, but it alienates others around them. If you’re experiencing these symptoms in yourself, you may want to take measures to get help.

Hyper independence may be a coping mechanism for trauma survivors who may feel lost, unappreciated, and unsafe. Hyper-independence may result in personal problems and relationship problems, as hyper-independent people can’t meet their own needs without help, and they are unable to seek help. They can also have problems with interpersonal relationships because they don’t feel trusting of others. 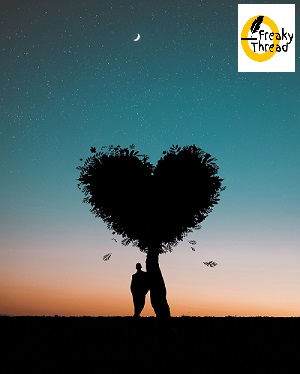 Hyper independence can develop as a response to trauma. However, this response is not universal, and it is not the same for all trauma survivors. People who experience trauma often experience extreme independence because they feel they don’t deserve help, or they have been taught that needing help is unacceptable. This can lead to problems in relationships with their significant others, friends, and family. They may also have problems in their work or school relationships.

Although there are no medications for treating hyper independence, some people have success with paired psychotherapy. This form of therapy is effective for managing the symptoms associated with trauma, but it is not the only option available. It may require a more specialized approach than traditional psychotherapy. It is best to find a therapist who has expertise in attachment style therapy. Fortunately, there are many licensed therapists to choose from. You can search for therapists by specialty or location.

Trauma and hyper independence can occur as a result of childhood trauma. For example, a parent who was narcissistic or abusive may cause a child to become hyper independent. Another cause of hyper independence is the death of a loved one. In either case, the person who suffers from the disorder is unlikely to want to be dependent on anyone else. As a result, they may become overly independent and even take on every responsibility in their household. You might also like 5 Ways That Exercise Helps With Mental Health

Trauma and hyper independence are connected. When a person develops hyper independence, they have trouble asking for help or delegating. They may become so independent that they resent the neediness of others, and may feel resentful of people who rely on them.

A person with an avoidant attachment style is unable to establish secure relationships. When a child grows up thinking that no one will come to help them when they are upset or scared, they will develop this pattern. This pattern may also lead to clingy behaviors and high levels of anxiety. Listed below are some characteristics of those with an avoidant attachment style.

The avoidant attachment style is the second most common, and is characterized by the tendency to shy away from emotional intimacy. Those with this style feel overwhelmed by emotional intimacy and will avoid it altogether. While this style is not necessarily bad, it can negatively impact the people around it. It can lead to a relationship that is unsatisfying to the avoider because they do not feel fulfilled.

People with avoidant attachment styles are not afraid of being abandoned, but instead are afraid of being too vulnerable or feeling smothered. They may have been raised by helicopter parents who were constantly hovering over them. As a result, these children are unable to experience closeness and feel secure. Hence, they tend to present themselves as independent people.

When you are a hyper independent person, you may be adamant about your need for self-reliance. You may not trust others and have a difficult time asking for help. This can make you appear as a burden or a nuisance to others. However, you should recognize that too much independence can have negative consequences.

People who are hyper independent are usually busy with their work and academic lives. They do not have a life outside of work and are not likely to make time for relationships. This is a sign that they have issues with trust and are unable to form healthy relationships. As a result, they are more likely to be loners than helpers.

In addition to being unable to rely on others, hyper independence may also affect relationships with friends and family. This type of behavior results in minimal drive for new relationships and may even lead to a form of avoidant personality disorder. Hyper independence is often perceived by family and friends as being a sign of loneliness, which may cause an individual to withdraw from social interaction.

Hyper independence and self-sufficiency may be linked to a past traumatic experience. These experiences can contribute to the development of this trait without the individual’s conscious awareness. In these cases, the person’s nervous system may have responded to an external threat by generating a state of hypervigilance. This state can lead to impulsive decisions, poor delegation, and poor team dynamics.

Hyper independence is a trait that a person possesses that can lead to a range of issues. A person who is hyper independent tends to think that they can do everything on their own and may be afraid to ask for help. They may also have a difficult time trusting others because they do not want to be seen as a burden or nuisance. This characteristic can prevent a person from developing healthy relationships.

The problem with hyper independence is that it can be exhausting. The person may be able to handle most of their responsibilities on their own, but this can lead to burnout and exhaustion. Being overly independent can also lead to negative consequences, including poor interpersonal relationships, poor delegation, and poor team dynamics.

One method of assessing self-reliance is the Self-Reliance Scale. This self-report questionnaire is given to children and youth to identify the extent of self-reliance and other personal characteristics. It is part of the Behavior Assessment System for Children, a tool used to assess school-age children’s behavior and emotional functioning. Although it is commonly used in clinical settings, this assessment is administered by educators.

Developing interdependence in a relationship is one of the ways to overcome unhealthy self-reliance. Intimate relationships require sacrifice of shields, and people must learn to be dependent on each other. While it’s important to maintain personal autonomy, certain levels of dependence can also be healthy and promote emotional intimacy. Once a person realizes the benefits of interdependence, they will be able to develop healthy relationships.