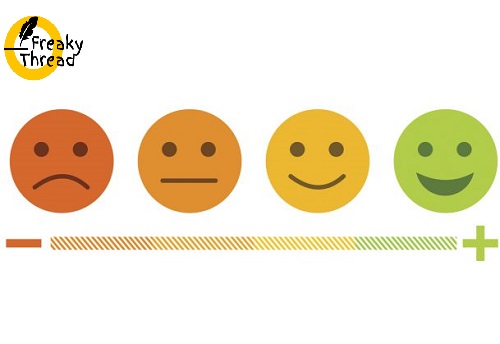 How Emotions Affect Our Perception

A person’s perceptual set can be altered in a number of ways. One of these is through emotion. Another way to affect the set is by familiarity and size. Then there are the effects of context. If a person is hungry, he or she will prioritize eating. Using this theory, we can understand how our perceptual set affects our decision making.

It’s no secret that our perception of the world is affected by our emotions. But what exactly does emotion do to our perception? And how do we influence our own emotions? In this article, we’ll explore some of the main ways that emotions can influence our perception. Firstly, we can consider how our feelings affect our memory of events.

Emotion is a complex process involving a wide range of cognitive processes, including the comparison of stimulus features to memory representations, affective schemata, and motivational urges. These processes, collectively known as appraisal computation, regulate several cognitive functions, and can be considered an adaptive mechanism. For example, an emotion-related stimulus will be allocated to the memory much faster than a non-emotional stimulus. This means that the brain will have a greater opportunity to prioritize the information it perceives as relevant.

We can also use our emotions to guide our perception of the world. For example, researchers have found that the intensity of a face is perceived to be higher when it follows a face of opposite valence. For example, a frowning face will be perceived as more intense than a smiley face. Similarly, a surprised or angry face will be perceived as having a higher arousal level. In addition, neutral faces can be shifted when they are concurrent with another face with the same emotion.

The effect of emotions on perception is largely dependent on the context in which we perceive the situation. We are likely to perceive a target’s face differently in a scene if it is situated in an emotional context, and this can be influenced by our mood or the person’s vocalizations. We also may perceive a face as a part of a larger “event” that includes other people.

Previous studies have suggested that a person’s mood affects their perception of emotions. This is consistent with evidence of an egocentric bias when reading the emotional states of others. Affective egocentricity may be related to our disposition to shift attention during social interactions. The effect of emotion perception is even stronger when the emotion of the target is incongruent with the emotion of the participant. 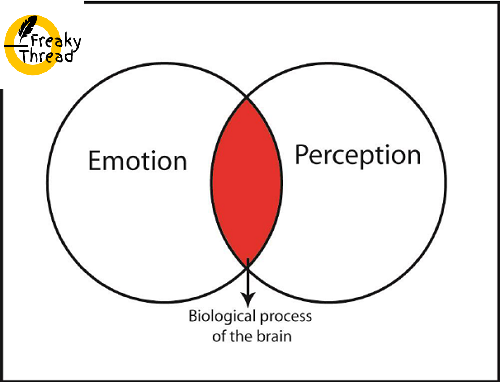 Perceptual set is the predisposition to perceive certain objects and situations. As a result, we tend to notice certain aspects of things and situations, and ignore other details. For example, if you expect a class to be boring, you are more likely to be uninterested in it. Perceptual sets are a major topic of psychology.

For example, in experiments with faces, people often perceive the faces as similar to each other. A study in the 1990s revealed that a familiar face was easier to recognize than an unfamiliar one. However, researchers have yet to prove that familiarity enhances recognition of a familiar face. To test this, they have made some changes to the faces. This work is important because it allows us to compare transformation levels and test the effects of familiarity.

It has been found that people tend to see only a few things at a time. The unconscious mind primes the perceptual set to focus on aspects of the environment that match their thoughts, while the rest of the environment is processed very shallowly. For example, when you wake up in the morning, a neighbor hammers a nail in the street, you notice his hammering, primed your auditory perceptual set.

Familiarity has also been shown to enhance visual search efficiency. In other studies, people with a familiar target were more efficient than those with a new target. This effect is also related to the perceptual load. Researchers have found that familiarity affects visual search efficiency, even when a familiar target is near the edge of the field of view.

In addition, familiarity has an effect on distance estimation, but most studies did not eliminate the effects of low-level image features and higher cognitive factors on distance perception. Several researchers have conducted two separate experiments to test this effect on humans. In both experiments, participants were shown to see images of three coins in a row and were given a cue to indicate whether one coin was familiar or not.

Size and orientation have different effects on perceptual sets. These two effects are associated with active perception and inference. The latter is known as top-down processing. In perceptual set theory, the perceiver is either an interpreter or a selector. The former has knowledge about the data and expectation about the target size. The latter is able to manipulate the set. Bruner and Minturn elucidated the influence of the perceiver’s expectation on the set.

Although this top-down input was highly predictive, it may have biased observers to ignore certain objects. Nevertheless, frequent spatial percusses established a perceptual set of different objects. Hence, the study concludes that size can affect the perception of objects. However, we cannot rule out a top-down bias of spatial attention. You may also like this      What is Hyper Independence?

In other studies, the effect of size on perceptual set was observed even when participants were blindfolded. In this study, the physical size of the images was effectively masked. In contrast, in visible viewing conditions, the same stimuli failed to suppress the participants’ conscious awareness.

Context is one of the most important factors that influence our perception. Our perception of objects depends on their physical properties, their surrounding environment, and our prior knowledge. Context effects occur when individuals analyze the data and make relative decisions based on these factors. This process is known as Bayesian inference. Cognitive scientists have demonstrated that context affects the way we perceive objects.

For example, a context effect could affect the way we perceive letters. If we had a list of words printed in different colours, such as red or green, and then asked participants to read each word out loud, they would be more likely to read the colour of the ink rather than the word itself.

Physiologically, the effects of context on perception can be measured by measuring blood oxygen levels (BOLD) activation in the visual and frontal eye fields. Researchers have observed that when individuals expect a sensory stimulus, they are more likely to use that sensory stimulus in working memory and long-term memory.

While researchers are still unsure of the precise mechanisms underlying these effects, there are some clues. One study suggests that context effects are driven by phonetic processes in the brain. For example, some researchers suggest that the context effect compensates for the undershoot effect in vowel stimuli.

In addition to visual perception, context can affect how people perceive taste. In some cultures, a person’s expectations may be influenced by the colour of the wine. People who live alone may be more likely to feel scared by the shadow in their backyard or a sound in the attic.

The context-related effect on emotion was also noted in this study. The participants rated neutral faces in fearful and happy contexts as more negative and arousing. The results also indicated a significant effect on the valence and arousal scores. The findings support the idea that valence and arousal are related and that the context can influence our perception of facial expressions.