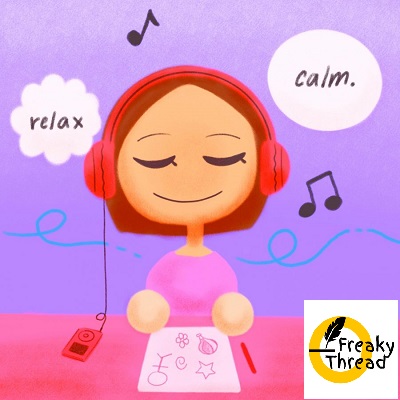 Stress relief music is one of the most common forms of music used for meditation. It is designed to reduce the body’s stress levels by relaxing the brainwaves. It is a good idea to listen to music that is at least 60 beats per minute to induce relaxation. Native American and Celtic music are good examples of music that has this effect. It is also possible for anyone to create their own beats. 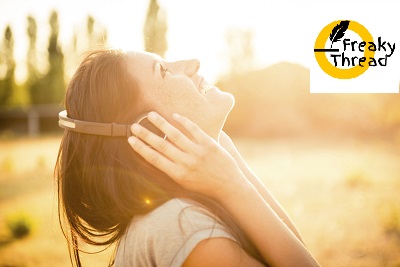 Research shows that listening to relaxing music reduces stress by triggering chemical reactions in the brain. The music can also increase the production of endorphins, which make us feel good. It can also improve our sleep patterns and our general health. While these effects aren’t immediate, they can have a lasting effect.

Researchers at MindLabs have performed research into the benefits of listening to relaxing music to relieve stress. They analyzed 16 different songs to determine which tracks induce a more relaxed state in participants. They also studied how different types of music affected participants’ heart rate, breathing, and skin conductance, a measure of stress throughout the body.

There are numerous reports of the benefits of listening to music, but the literature is inconsistent and lacking. Most of the studies have been conducted in a clinical setting, which introduces a large degree of heterogeneity into the results. Moreover, only a few studies have attempted to study the effects of music in a controlled laboratory setting. These studies have many methodological shortcomings and the sample size was relatively small.

Recent studies have found that listening to music reduces the levels of psychological stress and anxiety in humans. While there is still a lack of clear evidence to support this theory, it is clear that music is an effective way to alleviate stress. However, this effect may not be permanent, so the results are far from conclusive.

Researchers found that music can trigger a release of endorphins in the body, a hormone that relieves stress. It acts like the body’s natural analgesic, and the hypothalamus and pituitary glands respond to music by synthesizing endorphins. Endorphins are produced in the brain from a protein called proopiomelanocortin (POMC), a large molecule. POMC is synthesized by the pituitary gland in response to signals from the hypothalamus.

Music also reduces cortisol levels in the body, which contributes to stress and anxiety. Research has shown that people who listen to music while undergoing surgery tend to have lower levels of cortisol than those who didn’t listen to music. Music can help people relax and release negative emotions, allowing them to enjoy a better quality of life.

The hormone cortisol is produced by the body when it feels stressed. It signals the body to send more fuel to the muscles, but it does so at the expense of other areas of the body. One of the areas that gets drained by excessive cortisol levels is the immune system. A weakened immune system makes you more susceptible to illness. Continuing to fight off stress is also exhausting on the body.

A small number of studies have investigated the effect of music listening on the HPA axis. Some researchers have found that listening to music reduces cortisol levels after stressful medical interventions, while others find that it has no effect at all. This lack of consistency in results may be due to methodological shortcomings.

Researchers also found that listening to relaxing music before undergoing a stressful situation decreased levels of endocrine and autonomic responses. They also found that music influenced the rate of heartbeat, respiratory sinus arrhythmia, and subjective perception of stress. The findings suggest that relaxing music may help reduce the stress response, but further research is needed to confirm the effects. So, how do we use music to release cortisol?

A recent study has shown that listening to music for 30 minutes daily can lower blood pressure. The researchers studied patients with mild hypertension who listened to classical, Celtic, or Indian music. The patients wore blood pressure monitors for 24 hours. While listening to the music, they also breathed more slowly.

A recent study found that the music can lower blood pressure, both diastolic and systolic. Participants who listened to the music for 30 minutes a day were significantly less likely to have high blood pressure. The music group showed a significant reduction in SBP, while those who practiced the diet plan only saw a small reduction in DBP. You might like this      Sleep Music to Help You Fall Asleep

The study’s results were not conclusive, but it is worth a try. The participants listened to a CD of music for 30 minutes a day for a month. During this time, they breathed more slowly than they normally would, taking twice as long to exhale as to inhale. The researchers then measured their blood pressure at the end of the month. They found that, compared to the control group, the musicians’ systolic pressure had decreased by three and their diastolic pressure dropped by four points, respectively.

The study’s results have a few limitations, but the research does point to a promising treatment option for hypertension. It is important to note that music has a theoretical basis and clinical research is still in its early stages. It is also not yet clear whether music therapy can affect the target organs.

Although the study’s results are preliminary, music therapy has been found to reduce blood pressure in patients with hypertension and anxiety. The most prominent effect was seen in Chinese classical music therapy, although other types of music may also have an antihypertensive effect.

Music has a powerful ability to help relieve stress and pain. Recent research shows that certain types of music may be more effective than others. The acoustic properties of certain genres and the dynamics of their sounds may influence the way people perceive and process pain. In addition, certain types of music have been found to boost the sense of emotional engagement among patients.

Music has the ability to relieve pain by triggering the release of dopamine, a neurotransmitter associated with rewarding and motivating stimuli. Music can also control how a person perceives pain by capturing their attention away from unpleasant sensations. However, a person’s taste in music has a strong influence on their response to music.

Music may also reduce stress and anxiety. Understanding how these processes work can help researchers design guidelines for how music should be used in clinical settings. Research has shown that music can reduce pain and anxiety by providing a distraction. However, studies have shown that not all types of music are equally effective, and that the music selected by the patient is more effective.

Studies have shown that listening to music has beneficial effects on pain relief in fibromyalgia patients. Although the type of music used is important, its ability to maintain the patient’s attention is the most important factor. Additionally, studies have shown that music can influence the brain’s limbic system, the part of the brain that regulates the emotional state. Music can also influence the levels of certain hormones, such as cortisol.

In addition to helping patients deal with pain, music therapy can improve the quality of life. It has been proven to be effective in reducing blood pressure, lowering heart rate and relieving pain associated with various illnesses. It has even helped patients get through painful procedures. The benefits of music therapy are extensive.