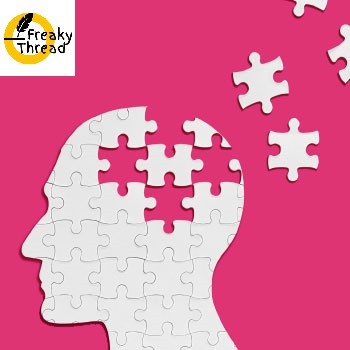 The Psychology of Pink

Shades of pink are associated with love 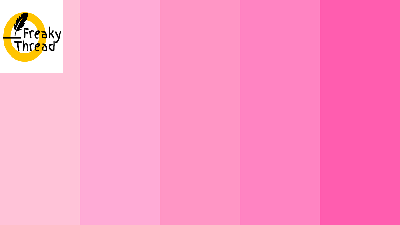 Pink is a feminine color and is associated with love, affection, and nurturing. It symbolizes hope, understanding, and respect. It also represents peace. It represents the sweet-hearted child within all of us, and is a symbol of tender affection. Pink is both physically and emotionally soothing.

Pink is also associated with compassion. It helps us feel compassionate for others, and it helps us deal with our own emotions. However, it is not always a happy color, as it is sometimes associated with negative attributes. It can also symbolize weakness and a need for acceptance. In some cases, it can be associated with indifference, naiveté, and lack of self-esteem. However, when used for positive purposes, pink can inspire hope and success.

Pink is a powerful mood regulator, but too much of it can drain our energy. Dark pink has similar effects as red, whereas pale pinks are more calming. Pink has traditionally been associated with femininity in the Western world. However, other cultures associate pink with masculine traits.

Pink also symbolizes love. While red represents passion and desire, pink symbolizes tenderness and caring. The color pink symbolizes unconditional love and is associated with love for both romantic and family relationships. It is also a fun color that inspires feelings of happiness and peace.

They are seen as calming 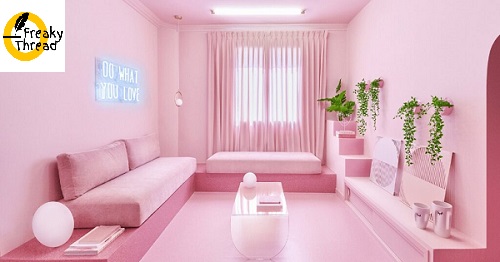 Pink is considered a sign of hope, comfort, and harmony. It calms emotional energies and helps reduce anger. It is also a pretty colour, with a delicate hue. Pink is often associated with flower blossoms and bubble gum. It also symbolizes beauty, femininity, and sweetness.

People who study colour psychology believe that different colours affect our moods, feelings, and behaviors. The color pink is often associated with love, kindness, and femininity. Pink is also associated with romance and holiday celebrations like Valentine’s Day. Pale pink is said to be relaxing, while bright pink is stimulating.

Pink flowers are versatile and can be used in many arrangements. They look great in monochromatic arrangements. The colour is also available in warm shades and looks great when mixed with yellow and orange flowers. The combination of warm pinks and cool pinks can bring about a beautiful and romantic mood. Whether you choose bright, vibrant shades or subtler hues, pink flowers are the perfect choice for any occasion.

They are associated with innocence

Pink orchids are symbolic of femininity, innocence, purity, and youth. Pink orchids are also associated with love and fertility. They are considered childlike in their appearance and have a soft, gentle grace. They also carry the symbolism of passive unconditional love. Depending on the interpretation, pink orchids may also symbolize the gender of the baby. You might also like this    Identifying and Treating Dementia Praecox

Floral arrangements containing pink flowers may convey the sentiments of innocence, playfulness, and thoughtfulness. While they do not have the intensity of deep reds, pink flowers convey a broader spectrum of love possibilities. Although traditionally associated with femininity and delicate connotations, pink flowers are increasingly popular with modern couples who wish to express thoughtfulness and romance through the flowers they give.

Flowers of this color have a rich and varied history. In the 18th century, pastel colors became fashionable in European court circles. During the Greek Odyssey, Homer used the phrase “rosy-fingered dawn.” And Roman authors frequently made use of pink in their works. In China, Thailand, and Japan, pink flowers are associated with good health and happiness.

In addition to innocence, white flowers have another symbolic meaning. White flowers symbolize reverence and humility. The white color is also associated with happiness. Yellow flowers, on the other hand, are associated with new beginnings and friendship.

They are associated with defiance

This season, bright flowers are popular. Many people associate pink flowers with creativity, adoration, and overall joy. Lupin, sometimes called native lupine, is a flower native to much of eastern North America and the shoreline of the Arctic Ocean. Native lupines are said to symbolize faith and wisdom.

They are associated with rebellion

The colour pink has a rich history of associations with women and rebellion. It is associated with Jackie O’ Chanel’s suit, Marilyn Monroe’s dress, Elvis’ pink Cadillac, Barbie’s dream house, Mary Kay Cosmetics, and even the movie Pink Panther. Although the color was once considered the color of girls, it has now evolved into a powerful disruptor. Today, pink is associated with power, rebellion, and strength. It is also a polarizing color.

Pink Floyd has been associated with a certain kind of rebelliousness for decades. The British band’s fans have interpreted their music in various ways. For instance, they have made music in an attempt to challenge the power structure in the United Kingdom. They have been known to play political songs, criticize politicians, and protest against corporate greed. In fact, Pink Floyd’s manager, Roger Waters, has been outspoken about the need to save the Amazon rainforest. He has publicly called out Chevron for polluting the area, and the company is also accused of contributing to the deforestation of the area.