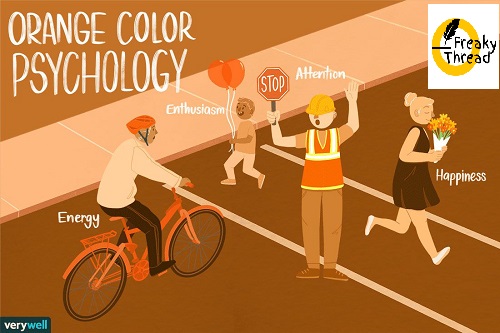 The Psychology of Orange

Bright orange is a color that represents optimism, new beginnings, and success. In this article, we’ll take a closer look at how this color can affect us. Despite its associations with success and new beginnings, this color is also associated with tension and overconfidence. Here are some things to keep in mind when using this vibrant hue. 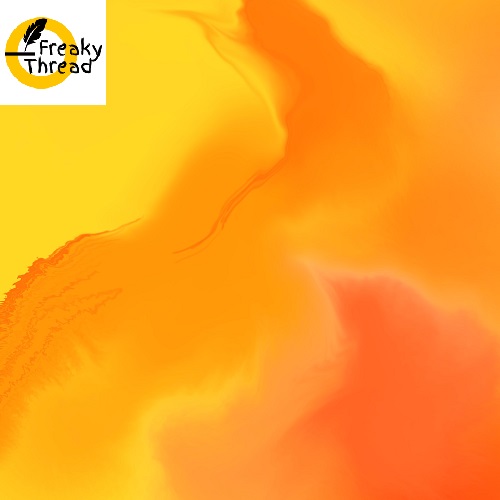 Bright orange is a color of optimism

Bright orange is a color that promotes optimism. It is highly visible, and it is often associated with positive energy and the desire to succeed. It has long been associated with fire and energy, making it one of the most common colors used to increase worker visibility in dangerous environments. The color can also darken to become brown, which seems more earthy than the more vivid shades.

Orange is known to promote socialization and promotes good manners, though it may not be appropriate for everyone. It can also be an uplifting color for those who tend to be more introverted. In addition, bright orange encourages a sense of youthfulness and is associated with a feeling of optimism. Some research suggests that it can even be used to signal a degree of arrogance.

It is associated with new beginnings

The orange color can represent a number of things. It can symbolize new beginnings and a positive outlook on life. In some cultures, it is associated with the strength of lions. It is also fast and fierce and is considered a powerful color. It can help people overcome challenges. Its meanings are dependent on personal preference and culture, but they often refer to new life, creativity, and joy.

Orange is also a highly stimulating color that can inspire creative ideas. It also helps people release tense energy. It is a great color for new beginnings, and it can bring out a person’s passion. It can also help people who are facing a difficult or painful ending. The warm color of orange can also help people overcome sadness or depression. It also can inspire passion and happiness.

It is a color of adventure

The color orange evokes passion, adventure, and confidence. It can also generate a warm, sociable vibe. But the negative side of orange is its tendency to cheapen the look of a product. Although it can provoke a conversation, it should also be used cautiously.

Orange is a surprisingly versatile color, as it has various meanings depending on how it is used. A darker shade of orange evokes warmth and comfort, while a lighter hue is calming and invigorating. It also conveys the taste of healthy foods and is associated with vitamin C and good health. While red and yellow are often associated with autumn, orange is used year-round in many applications.

Those born under the sun sign of orange are very active and enjoy physical activities. However, when they are anxious or are in a hurry, orange personalities can be aggressive. They are also prone to being impatient with other people.

It is a color of success

Orange is a color that encourages change, innovation, and success. It inspires people to step outside their comfort zones and try new things. Orange is a warm, vibrant color that energizes and lifts the spirit. It’s the color of the tropics and sun. It also promotes physical confidence and attracts adventure seekers.

But while strong colors may be a sign of success, there are a variety of other factors that play into color psychology. For example, red is often associated with arousal and urgency, while green is associated with relaxation and acceptance. And while orange is a great choice for sporting events, it’s not necessarily a good color for the office. You might also like this    The Psychology of Purple

In western cultures, orange is associated with harvest and happiness. However, in the Middle East, orange signifies loss and grief. In Japan, it symbolizes love. It inspires open communication and helps people to deal with change. Orange is also associated with strength, enthusiasm, and determination.

It is a color of balance

The color orange is an excellent color for the mind, as it stimulates mental activity. It is also associated with health, passion, and goodwill. People who wear orange feel happier and more creative. It encourages empathy, increases appetite, and improves communication skills. When worn in large amounts, orange can increase the feeling of hunger. If you feel that you are craving food too much, cut down on wearing orange or repaint your kitchen orange.

Orange is an incredibly vibrant color. It is used in so many different ways around the world, and is found in nature in various shades. For instance, orange is the color of the royal family of the Netherlands, the color of prison uniforms in the U.S., and the color of the middle traffic light in France. It is also a symbol of good health and is associated with vitamin C. It is also the color of the Golden Gate Bridge, which is painted in an orange shade to protect it from the sea salt.

It is a color of change

Orange is a color that symbolizes change and the end of one phase of life and the beginning of another. It is also a color that represents creativity. Although change can be scary, it is necessary in some circumstances. The color orange encourages change and is associated with the sacral chakra, which is a center for emotions, creativity, and self-expression.

Orange symbolizes new opportunities and change, and encourages people to embrace it. The color can also increase their energy levels and encourage social communication. It can also improve the metabolism and increase appetite. It also inspires creativity and artistry. However, people should be aware that this color can also have negative connotations. Some of the negative connotations of orange are arrogance, pride, vanity, insincerity, and a lack of self-confidence.

It is a color of transformation

In ancient China, the color orange was associated with spontaneity, change, and adaptability. It was also important in Confucianism. In fact, the word orange comes from saffron, the most expensive dye in the area and an important symbol in Chinese culture. This is because saffron is the perfect balance between red and yellow.

In addition to its symbolism, orange is associated with health and vitality. It also has associations with vitamin C and healthy eating. It also evokes feelings of spontaneity and optimism. In addition, it is the color of the beginning of autumn and the end of summer, so it helps us transition into the autumn season. Moreover, people who are introverted may benefit from the color, as it boosts their energy levels and increases their metabolism.

It is a color of Halloween

The color orange is associated with Halloween. However, it’s unclear how it became a common Halloween color. Many cultures associate this hue with Halloween, from Ireland to the United States. However, it’s not as well-known as black, which is a color of mourning in the Western world. In addition to its color association with Halloween, orange also symbolizes fall, a time when leaves have many shades of red and orange.

According to House Beautiful, the history of Halloween color is tied to the Celtic festival of Samhain. The ancient Celts celebrated this festival as the return of their dead. This meant that the Celts relished the opportunity to make contact with their dead ancestors.

It is a color of pumpkins 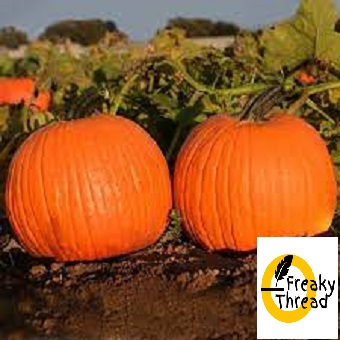 Orange is a color that symbolizes the change of seasons, and it can also be associated with fire, which dates back to the ancient Celtic festival of Samhain. Celtic druids lit sacred bonfires during Samhain, believing the warmth and light from fire would protect them from evil. As you might imagine, the orange hue of pumpkins is a natural association for Halloween.

The color of pumpkins can be any shade of orange. The change of color occurs as a result of the same environmental factors that affect the growth of pumpkins. Pumpkins contain organic pigments called carotenoids, which give their flesh that classic orange hue. There are also pumpkin varieties that are selectively bred to be a different color.

It is a color of fall

The color orange is a great choice for autumn. It goes well with the traditional fall and winter colors of burgundy, browns, and greens. According to Pantone’s fall color report, the color is a popular choice for the season, but you need to be careful about your skin tone if you plan to wear orange on a regular basis. The color is too bright for some people and you should use it as a highlight only.

The color orange is rooted in South American culture, where it is connected with the sun and earth. It’s also associated with spring, when nature is reborn. For this reason, it’s a great choice for retailers and brands for fall. Other fall colors include black and dark gray. These colors have a contrasting effect, but both are neutral and can be used for a variety of looks.