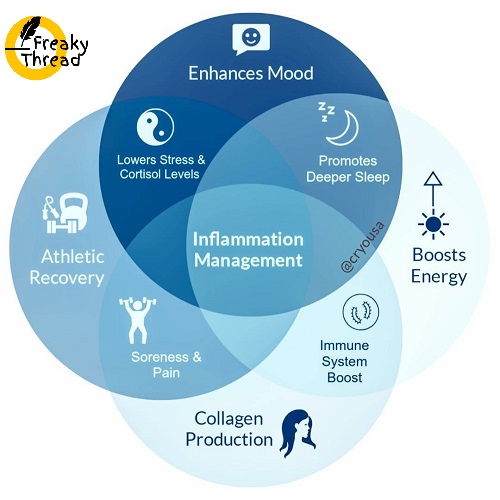 Cryotherapy is an alternative therapy with several benefits. It helps to reduce inflammation and oxidative stress, and it also improves quality of life and pain. Inflammation is a major contributor to many health problems, so using cryotherapy may be an effective way to deal with this problem. 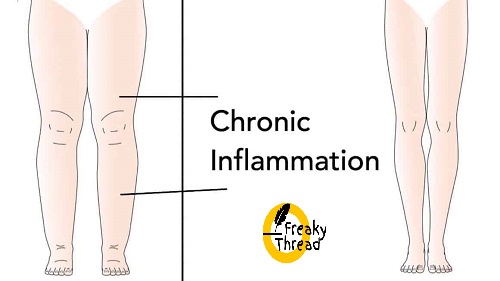 Cryotherapy involves exposing your body to extremely cold temperatures for three minutes at a time. This re-sets your body’s systems, much like going into safe mode on your computer. This method can reduce inflammation and pain. It has even been used to treat certain types of cancer.

Studies have shown that cryotherapy helps reduce pain and inflammation in patients with rheumatoid arthritis. Patients who undergo daily sessions can control their pain and inflammation for up to 6 months. In addition, the procedure can help reduce the need for prescription medication. In addition, whole-body cryotherapy can help reduce the symptoms of depression and anxiety disorders.

Cryotherapy causes the release of anti-inflammatory hormones, which help the body heal faster. The reduced inflammation also decreases pain in problem areas. It also strengthens the immune system. The low-temperatures cause the production of immune cells that fight off tumor-causing factors and destroy viruses.

Cryotherapy has been found to reduce markers of oxidative stress in muscles. The treatment reduced levels of superoxide dismutase and catalase in muscle tissue. It also increased the activity of non-protein thiols, which are homeostatic mechanisms that help the body deal with injury.

Cryotherapy is also known to have anti-inflammatory properties. It reduces inflammation in the blood and helps the immune system to fight illness. The process produces anti-inflammatory chemicals called cytokines, which cross the blood-brain barrier. These chemicals are thought to help slow the progression of Alzheimer’s disease and delay its cognitive decline.

A recent study looked at the effects of whole-body cryotherapy (WBCT) on patients with depressive symptoms. The study included 55 participants, ranging in age from 20 to 70, and divided them into two diagnostic groups. The first group included patients with spinal pain syndromes and the other included patients with peripheral joint disease. Each participant received ten sessions of WBCT. After each session, the subjects completed a questionnaire to evaluate the effects of cryotherapy on their well-being.

Although whole-body cryotherapy is effective in relieving pain and inflammation, the results are inconsistent. There are few studies that compare whole-body cryotherapy to a control group. However, some studies have reported encouraging results. Patients with osteoarthritis and fibromyalgia who received cryotherapy reported fewer aches and pain relievers after undergoing the treatment.

Cryotherapy is a treatment that reduces pain by reducing blood flow to the area of injury. It also reduces muscle spasm and tissue metabolism, and is often used to treat acute injuries. Acute injuries are those that have a well-known mechanism of injury and result in immediate pain, such as strains, sprains, subluxations, fractures, and bruising.

Cryotherapy can be very helpful in reducing pain and has a high success rate. The procedure does not leave scarring, and is well tolerated by patients. Most patients can return to normal activity the same day. In addition, cryotherapy is safe and does not increase the risk of infection.

Cryotherapy is used to reduce pain for both acute and chronic conditions. Acute pain is often associated with injury and is easier to treat than chronic pain. Chronic pain is caused by multiple mechanisms, including chemical or mechanical irritation, nerve regeneration, and motor reflexes. In addition, chronic pain is often characterized by an inability to be cured through conventional medical treatments.

Cryotherapy is a type of therapy in which patients are exposed to extremely cold temperatures. This treatment originated in Japan and only recently spread to Europe. It is used for a variety of ailments and conditions in Poland and other countries. Cryotherapy treatments are done in walk-in cryotherapy chambers that are as cold as -160C. Patients are placed in the cryotherapy chambers for about 2 minutes at a time, and they can experience a range of different symptoms.

Using cryotherapy can improve one’s immune system and decrease the risk of colds. The repeated exposure to the cryo chamber also improves circulation and reduces inflammation in the body. The cold stimulates the production of white blood cells, which are vital for fighting off diseases. Researchers have also discovered that exposure to extremely cold temperatures can improve a person’s antioxidant levels, which are crucial for a healthy body.

Cryotherapy is a powerful method of treating inflammation and pain. It has been studied for decades, and when done properly, has been proven to improve cardiovascular health and reduce inflammation. It can also be used to help reduce stress and improve athletic performance.

Cryotherapy can reduce fatigue and speed up recovery after major surgery. It also boosts collagen levels and stimulates cell rejuvenation. It is also effective in treating migraines. The cold therapy reduces blood flow to the head, which helps reduce the pain associated with migraines. The treatment also reduces inflammation caused by surgery.

Cryotherapy, which is a noninvasive treatment, was first used to treat serious cases of rheumatoid arthritis, inflammation, and muscle pain. The technique spread to Europe and the United States, where cryotherapy became widely available and covered by medical insurance. It has become an increasingly popular natural remedy for fatigue and pain. You might also like this  What is Hyper Independence?

The treatment also helps people with sleep disorders. The disorder is often characterized by an inability to relax in bed, uncomfortable sensations, and vegetative symptoms like palpitations. Chronic insomnia leads to fatigue during the day, and its effects can be detrimental to vital organs.

Fibromyalgia (FM) is a chronic pain disorder that affects the muscles and tendons. It can also lead to fatigue and sleep disturbances, as well as psychiatric problems such as depression. It affects one to five percent of the population worldwide, and it is more common in women than men. Its cause is unknown, although genetics, inflammation, and neural over sensitization may play a role.

Whole body cryotherapy is a popular treatment, with some reports indicating that it reduces the symptoms of fibromyalgia. The technique involves exposing the entire body to liquid nitrogen vapors, which can reach extremely low temperatures. Researchers are currently studying the benefits of cryotherapy for fibromyalgia, as well as other conditions such as migraines, chronic pain, and rheumatoid arthritis.

Whole body cryotherapy reduces the levels of inflammatory cytokines in the body, which are known hallmarks of pain-related conditions. The reduction of these inflammatory cytokines results in a reduction in pain and fatigue. This has a positive impact on the overall quality of life for those suffering from fibromyalgia, a disease that is notoriously difficult to treat. 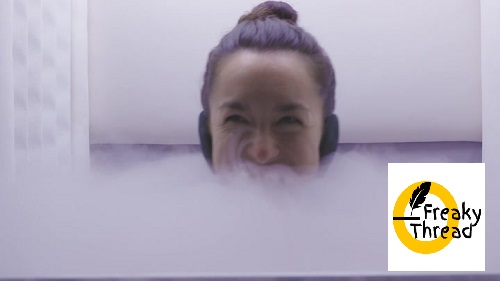 Cryotherapy is a treatment that helps to reduce anxiety. The process triggers the release of biochemicals in the body that improve our mood. These chemicals can reduce the symptoms of anxiety and depression. A cryotherapy session can last for up to three minutes and can significantly reduce stress levels.

This treatment is popular for a variety of reasons. It is used to treat sports injuries, aging skin, and even depression and anxiety. It is a noninvasive procedure and involves sitting in a cryogenic chamber at subzero temperatures for two to three minutes. The cold temperature of the chamber is said to stimulate the brain’s functions and cause blood to rush to the core of the body where it is enriched with oxygen.

In a study published in JAMA Internal Medicine, researchers evaluated the effects of cryotherapy on anxiety and depression in 12 participants. They found that the treatment reduced anxiety by 46.2% after three weeks, compared to no change in the control group. However, the results were not statistically significant.