Freaky Thread > Health > What is Cryotherapy? 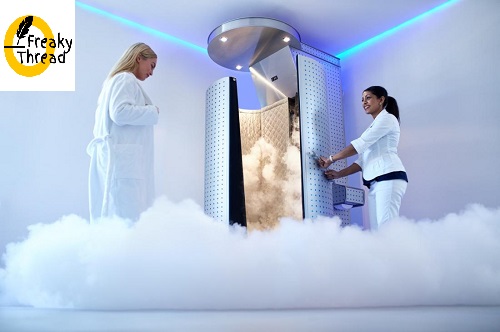 Local cryotherapy is a treatment that uses cold temperatures to promote healing of soft tissue injuries. It can help patients suffering from acute or chronic pain. It has proven to be an effective way to reduce swelling, ease pain, and speed up the recovery process. It can also help people recovering from surgery. In addition to helping individuals with acute and chronic pain, local cryotherapy can also improve a person’s strength and flexibility.

The best thing about local cryotherapy is that there is no downtime following the treatment. This makes it ideal for people who suffer from bodily aches and pains, or who are suffering from inflammation. It can also be effective for individuals suffering from psoriasis or eczema.

Local cryotherapy uses liquid nitrogen vapor to rapidly lower body temperatures. The freezing temperature helps reduce pain and inflammation, and it promotes the formation of collagen, which is the body’s main protein for healing. It also promotes vasoconstriction, which speeds the healing process. In addition, it can speed up athletic or surgical recovery time. It can also ease the pain and swelling caused by sprains and other injuries. In addition, local cryotherapy has been shown to reduce cellulite, improve tight skin, and accelerate the production of collagen.

Local cryotherapy uses a special wand-like device to deliver a cold gas to a targeted area. The treatment reduces pain and inflammation and triggers an internal anti-inflammatory response. It also promotes healing of damaged tissue and can improve sleep patterns and fatigue. 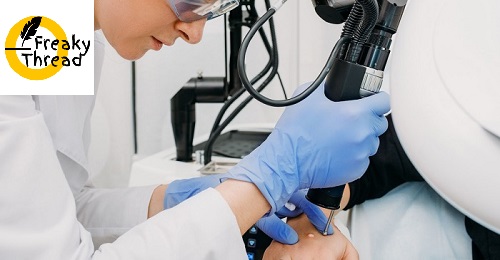 Cryotherapy can be used for various types of tumors, including those located within the bone and internal organs. The procedure involves delivering liquid nitrogen to a tumor using specially crafted syringes known as cryoprobes. It is typically used to treat early-stage prostate cancer and other less serious diseases, but it can also help with joint pain, muscle aches, and skin disorders.

Cryotherapy has fewer side effects than radiation therapy and surgery. However, some people may experience swelling, pain, or bleeding. While patients have rarely reported incontinence, some of the symptoms are related to the procedure itself. Patients who have diabetes should not undergo cryotherapy, because it affects their ability to feel tissue damage.

Although the exact mechanism of cryotherapy for cancer treatment is unknown, the process of freezing cancer cells results in cell death. Cryoablated cells undergo apoptosis instead of necrosis, and markers of apoptosis are present in the cells four hours after freezing. Cells from colon cancer exhibit their highest apoptotic rate at a temperature of -25 degrees Celsius. Cryotherapy for cancer treatment is also a viable alternative to surgery for the treatment of advanced stage colon cancer.

Cryotherapy is often used in combination with chemotherapy to treat cancer. The effectiveness of this technique is influenced by the presence of inhibitory T-cells (APCs), which inhibit the immune response. In some cases, it may be necessary to combine cryotherapy with an immunotherapy drug such as ipilimumab.

Cryotherapy is one of the most widely used methods for eczema treatment. This method has a number of benefits, and has been used by celebrities and athletes alike. For example, NBA players Lebron James and Serena Williams have used cryotherapy to manage their symptoms. In addition, NEA Board Members Lynell Doyle and Patricia Cervini have used cryotherapy to treat their eczema. Cryotherapy has also been used to treat other medical conditions, including chronic pain and prostate cancer.

Cryotherapy works by improving the immune system and increasing antioxidant capacity in the skin. This helps the body heal itself and reduces the pain and itching associated with this condition. Another benefit of cryotherapy is that it soothes the skin, which makes it very comfortable.

A cryotherapy treatment is a minimally invasive method that uses liquid nitrogen to destroy abnormal tissue on the skin. Patients simply stand in a chamber and allow the liquid nitrogen to work on the affected areas. This process is painless and takes place in controlled conditions, with practitioners onsite to ensure that the therapy goes according to plan. The procedure is also used for treating pre-cancerous or early-stage skin cancers. You might also like this  Benefits of Cryotherapy

Cryotherapy has also been used to treat psoriasis, a common inflammatory disease of the immune system. The disease typically manifests as red, itchy patches on the skin. The conventional approach to psoriasis treatment involves the use of corticosteroids and topical ointments. However, cryotherapy is considered one of the more promising forms of treatment for psoriasis because it is inexpensive and safe.

One study, conducted by Klimenko et al. in 2008, enrolled 18 healthy adults with mild to moderate atopic dermatitis. The aim of the study was to determine if cryotherapy could reduce the severity of symptoms. The results showed that a total of 16 participants reported a significant reduction in their symptoms. Patients also reported improvements in their quality of life and sleep. 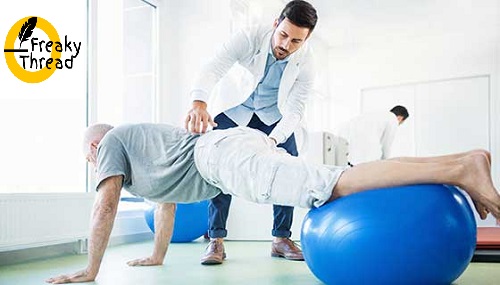 Cryotherapy is a procedure that reduces inflammation, edema, and oxidative stress, which are key factors in pain. It also speeds up the production of collagen, the primary protein used to repair skin, muscles, and tendons. This is beneficial for pain relief because it reduces the signaling of nerve fibers, which are the source of pain.

The procedure, which is available in a clinic setting, involves using a probe to cool a specific nerve. The probe then cools to a freezing temperature, which deadens the nerve and causes pain relief. The treatment is beneficial for painful conditions that are unresponsive to other treatment options.

Cryotherapy is a new type of treatment that uses extreme cold to reduce pain. The temperature in the cryotherapy chamber ranges from -100 to -185 degrees Celsius, or -150 to 300 degrees Fahrenheit. Treatments typically last for about 3 minutes and are designed to prevent frostbite and other complications from occurring. Cryotherapy is considered safe for most patients. While mild side effects may occur, these symptoms often subside within 24 hours. Serious risks include frostbite and burns. The FDA recommends that patients consult a medical professional before undergoing cryotherapy.

Cryotherapy has many mechanisms of action. One of these is increasing the patient’s pain threshold, while another mechanism involves reducing inflammation and oxygenation of cells. In one study, patients were able to recover from cryotherapy treatment in just 80 minutes. Afterward, their skin temperatures returned to their normal levels and the analgesic effect lasted until 48 hours post-treatment. Patients were also able to reduce their opioid intake after the cryotherapy treatment.

Cryotherapy has been used as a treatment for chronic pain for many years, and it is simple to use and affordable. It can be applied locally, non-locally, or whole-body. It is an effective method of pain reduction, and is safe in carefully selected patients.

Cryotherapy is a popular form of treatment for skin lesions. It is most commonly used for premalignant or benign lesions. However, it can cause side effects. The most common side effects are not life-threatening. In most cases, they are minor and will subside within a few days. In rare cases, they may cause pain or discomfort. In these cases, patients should discuss their concerns with their physician before they undergo the treatment.

Side effects of cryotherapy include redness and irritation of the skin. It can also cause blisters, which can contain blood or pus. These effects usually resolve within 24 hours, although it is best to speak to a medical professional if they persist. While it’s rare to experience these side effects, it’s best to check with your doctor or healthcare provider before beginning cryotherapy for any condition.

Cryotherapy is a safe treatment for most people. Although it’s not as effective as a traditional ice bath, it does have some health benefits. In addition to relieving pain, it can also improve immune function and boost the healing process in sports injuries. Some people even experience a sense of revitalization following a session.

Cryotherapy can cause numbness or tingling after treatment. While this is usually temporary, it’s important to contact your doctor if your numbness is persistent or worsens. The freezing temperatures can also affect the nerves. Patients should also be aware that they might experience some pain before their cryotherapy treatment. Most physicians will prescribe a pain reliever before the treatment.

In rare cases, patients may experience urinary retention and long-term incontinence. However, permanent incontinence is uncommon and can be treated with other methods. Aside from these common side effects, cryotherapy is considered safe in most cases. The new technology used in cryotherapy has significantly reduced the risks associated with the procedure. The use of a urethral warming device has also improved the safety of the procedure.