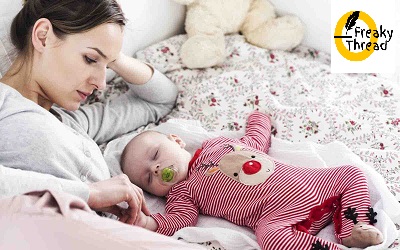 Changes of Sleep Cycle in Newborn to One Year Baby

There are some important changes that your new born baby goes through during their sleep cycle. Learn about the REM (rapid eye movement) sleep, active sleep, and quiet sleep. Each of these phases is vital for your baby’s development and should be encouraged! Your baby will need these times to rest well each night.

As your child grows, your baby’s sleep pattern will begin to change. He or she will begin sleeping longer during the night and will spend fewer naps during the day. Your newborn may nap four or more times per day, but by six months, your infant will sleep only one or two times a day.

Your newborn will wake up frequently throughout the night, but will spend the majority of their time sleeping in REM (rapid eye movement) mode. During this period, your baby will move around a lot and dream. It’s during this stage that your baby may whimper or startle.

As your baby grows, he or she will enter Stage 4 of the sleep cycle, which is more like the adult sleep cycle. Babies spend 16 hours a day in this phase. Adults and older children spend less time in this stage. The baby’s sleep cycle begins in stage 1, then moves on to stages two and three and then finally stage four. During the first few months, your baby will have trouble getting back to sleep if he or she awakens.

In addition to the REM stage, a baby will begin to experience the four stages of sleep at about three months of age. This time period begins immediately after falling asleep and ends around 90 minutes later. 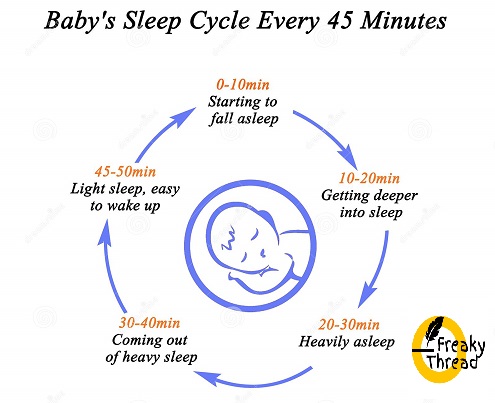 Unlike adults, babies do not follow an exact sleep schedule, but most babies do wake up at least once during the night. Although it is normal for a newborn to have trouble sleeping for the first few months, this is a normal sleep cycle and not a cause for concern.

During the first 12 months, babies develop rapidly, and are prone to several wake ups. Some babies wake up several times each night and can soothe themselves back to sleep. Others are prone to crying spells, which signal that they need to be woken up. When this happens, parents should avoid rushing to the crib and try to allow the baby to wake up on his own.

Light REM sleep is vital for babies’ physical and psychological well-being, as it increases blood flow to the brain. Uninterrupted REM sleep also provides a wealth of benefits. As a parent, you should always try to put your new born baby to bed when he or she is sufficiently drowsy. This will help them fall asleep quickly.

Your newborn’s sleep is divided into two stages: REM sleep and non-REM sleep. REM sleep is more active and involves jerks and flutters of the closed eyelids and rapid breathing. Newborns spend about half of their time sleeping in REM, whereas non-REM sleep is quieter. Both stages last approximately an hour, and your baby will cycle through them every half hour or so.

The first stage is characterized by light sleep. Your child is less aware of their environment and can be easily roused by sudden noise or movement. They may sleep for as long as 5 to 10 minutes at a time during this stage. During this stage, you may experience your baby’s heartbeat, breathing, face twitching, and legs moving.

R sleep is predominant until about two months postpartum. REM sleep can be detected by video recording or visual observation. You’ll be able to spot drowsiness by the lack of focused attention, the lack of eye movement, and the short intermittency of eye opening.

REM sleep is important for your baby’s brain development and is also beneficial to his or her health. It makes it easier for you to wake up your baby and protects them from the risk of sudden infant death syndrome.

Effects of parents on sleep patterns 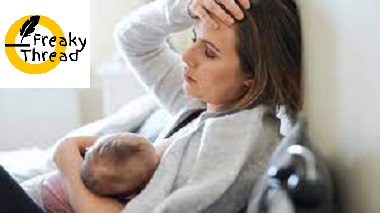 Studies have shown that newborns have irregular sleep patterns, and parents can affect their child’s sleep patterns by setting up a sleeping routine. Babies usually wake up three to four times throughout the night, but many will fall back to sleep on their own. Naps are generally less frequent, although they are still beneficial. Babies usually take one or two naps per day.

A combination of genetics and environmental factors shape a baby’s sleep patterns. In two studies, researchers found that genetics accounted for about half of the variance in nighttime sleep duration, and environmental factors accounted for almost all the variation in napping. However, sleep patterns differ greatly from one country to another. You might also like this The Sleep Cycle of Newborns

Babies awaken at irregular intervals throughout the night, and many parents attribute these awakenings to developmental milestones. These milestones aren’t permanent, but can send ripples throughout the sleep patterns of newborns and toddlers. Babies also learn to self-soothe and fall asleep on their own. Nevertheless, it is important to remember that sleep patterns are never permanent.

Parents can affect their baby’s sleep patterns by giving them reassurance at bedtime. This is also known as emotional availability, and it plays a large role in infant sleep. When parents are emotionally available, their babies tend to wind down more easily and experience fewer sleep problems.

Transition from newborn to 1 year baby

The sleep cycle changes for newborns during the transition from newborn to one year old baby. They are in a deep restorative sleep for half of the time. The other half of the sleep cycle is spent in a light sleep. REM sleep helps regulate a baby’s mood and appetite. It also helps them consolidate memories and skills and boosts their immune system.

Generally, newborns sleep for 12-15 hours every day. During the day, they typically wake once or twice. At night, they sleep eight to twelve hours. The only times they may wake up are to nurse or to eat. By the end of the first year, a baby will only wake up a couple of times a day.

From around two months of age, the baby begins to spend more time in deep sleep and focuses more during the night. The transition between sleep cycles can be challenging for babies and they often try to self-soothe. As a result, they may not fall back to sleep immediately.

As a parent, you can help your baby establish a healthy sleeping pattern by following the advice of your healthcare provider. Your provider will help you decide when your baby needs to be woken for feedings. During the first two weeks, your baby needs to eat every two to three hours. However, as a baby grows older, he or she may need to eat every four to six hours.