Freaky Thread > Misc > Freedom and Liberty of Women in Iran 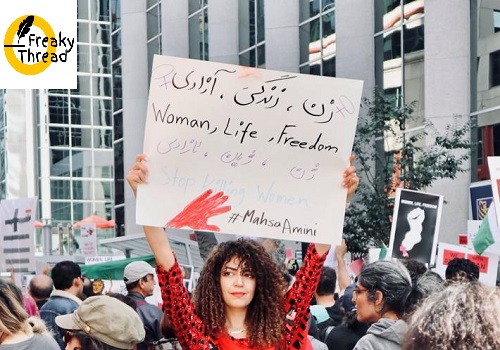 Freedom and Liberty of Women in Iran

The freedom and liberty of women in Iran are a topic of great concern for many people. In the wake of the Iranian Revolution, women have been systematically discriminated against and have experienced arbitrary detentions. Thousands of Iranians have been arrested, including dual nationals, journalists, dissidents, human rights defenders, lawyers, women’s rights defenders, and relatives of mass executions in the 1980s. While some have been freed, hundreds are under house arrest. 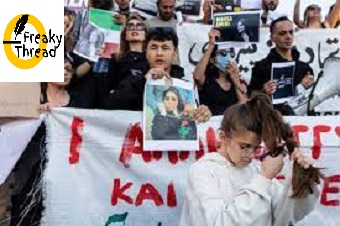 The Iranian government has not yet taken a step toward recognizing women’s rights. However, women have a few rights to look forward to. These include: the right to have custody of their children, the right to work, and the right to choose their own clothing. In addition, women enjoy special privileges in education. Violence against women and their children is also prohibited.

While women have a long history of activism, they still play an important role in Iranian society. For instance, women were a pivotal force in preventing the Tobacco Concession granted to Great Britain. They also participated in the Constitutional Revolution of 1906, which sought to free Iran from foreign ownership of its resources.

However, despite the recent changes, Iranian women still face many discrimination. Activists of women’s rights have faced oppressive interrogations by Revolutionary Guards and were threatened with imprisonment on national security charges. In addition, Iran’s law is discriminatory and limits women’s freedom of movement.

Despite these challenges, women’s political participation in Iran has increased. Iranian women are now able to hold deputy positions in parliament. Previously, women were not allowed to attend sporting events. But the war with Iraq was one of the main factors that limited women’s political advancement. It also had a negative impact on the economy and infrastructural development. However, the recent president of Iran, Mohammad Khatami, ignited a reform movement and strengthened the civil society in Iran. During his presidency, women’s empowerment became a priority and women’s equality was boosted.

Despite the election of Ebrahim Raissi, Iranian women’s representation in government will likely take a backseat to ultraconservative values. Still, women’s rights and representation in politics could still make extraordinary advances for Iranian women. However, there are several measures that must be taken to make gender equality a reality in Iran.

Hijab laws in Iran are a controversial issue, and the morality police have become a major cause for concern. Women who are not covered are often attacked and beaten by self-appointed vigilantes. As a result, the Iranian government has made the issue a national security concern.

Nevertheless, the hijab remains compulsory in Iran. The veil is not only an issue of identity, but also a matter of political freedom. While the hijab is an icon of oppression, it also represents a religious identity and political statement. However, while it is still mandatory in Iran, it is no longer as oppressive as it once was.

However, this has not stopped Iranians from demanding their rights. Activists say the deaths of Mahsa and other women are indicative of the growing frustration among Iranians. Social and economic pressures are pushing many Iranians to protest the Islamic republic. Videos of women walking defiantly in the streets of Tehran have gone viral. In addition, several Iranian actresses have posted pictures of themselves without hijab on social media. One actress, Katayoun Riahi, even appeared in an interview without the hijab, despite an earlier statement from the Culture Minister.

Iranian women are protesting against the compulsory hijab law and the ideology that underlies it. This law has been enforced by the Iranian authorities using force to control women’s bodies. Moreover, it has fuelled violence against women. The social analysts of these demonstrations indicate that the mood of hopelessness is especially high, and this is partly due to the compulsory hijab law. The hijab law has pushed the opposition to the regime into the private sphere, which in turn fuels scattered public displays of unrest in Iran.

Hijab law and liberty of woman in Iranian government is one of the most contested issues in the country. In many Iranian cities, confrontations have been witnessed between citizens and supporters of the clerical regime. In addition, there has been a division among the clergy. As more senior religious figures criticize the government over the issue, the more defiance there will be in the streets. 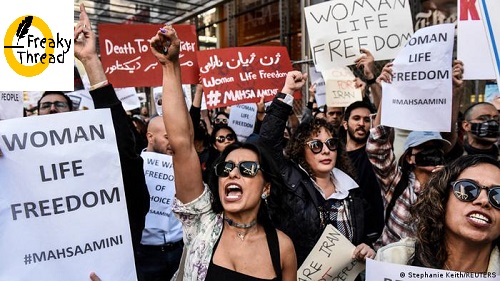 Women’s activism took place in Tehran on June 12, 2006. The activists distributed pamphlets before occupying the square. Upon arriving, they were greeted by a large number of police cars and motorbikes. They were ordered to leave and the police blocked the exit paths. They were then arrested.

Since the 1979 revolution, Iranian women have led the way for political and social reform in their country. Today, Iranian women face a repressive system that robs them of their freedoms. They are often separated from their families, children, and spouses. They are also harassed in public and in private, and are punished without recourse. And they face brutal treatment in prison.

Prison conditions in Iran were appalling. Prisons lacked adequate sanitation, and prisoners had little or no access to fresh food. Inmates also suffered from poor ventilation, poor hygiene, and insect infestation. They were deprived of proper medical care. Furthermore, Iranian authorities transferred women prisoners of conscience to prisons far from their families. Moreover, Iran’s penal code retained flogging as a punishment for violating human rights. Hadi Rostami was flogged 60 times while she was detained in Urumieh prison.

Women’s rights in Iran have been suppressed by the government for decades. However, the Iranian people have persevered and tried every avenue possible to improve their lives. In addition to demanding equality, they have fought for important sites for expression of their views.

The protests of women against the oppression in Iran are not only focused on women but also have wider grievances against the abusive state. These grievances are shared with others who share the same oppression. The new revolt has to include the poor and working classes. The Iranian people will no longer tolerate being ruled by a repressive state.

The majority of women in Iran work in the informal economy. These workers are not protected by labor laws and are prone to abuse. Many are in the agricultural and industrial sectors. This makes it harder for women to find good jobs and earn a living. In addition, they face more discrimination.

The Iranian government needs to implement a comprehensive anti-discrimination law that will eliminate discriminatory provisions and give women equal protection in the job market. The Iranian administration should work with parliament to enact these legislative reforms. In addition, it should work to address gender stereotypes in the workplace, and extend social insurance coverage to the informal economy. Women are still far from equal to men in this country, but if the government can address these issues, women will have a better chance at being part of the country’s future.

The Islamic Republic is weakest among the three “grievance states” and follows a broadly similar ideological pattern. It is a reaction to modernity, constructed over the last generations. Its development has been accelerated by the perception of Muslim weakness vis-à-vis the West and the intellectual and political appeals of secular ideologies in the 20th century. You might also like this    A Lyft Driver’s Reaction to a Racist Comment at Fossils Last Stand

Iranian officials acknowledge that women in the country do not have equal opportunities. During his presidential campaign, President Rouhani rejected gender discrimination and promised to bring equality to women once he is in office. The government has also temporarily suspended some discriminatory hiring processes. However, the new administration has not translated this rhetoric into tangible benefits for Iranian women.

The death sentences for women in Iran have become a frequent topic of international concern. According to the Human Rights Group, at least three women have been executed for killing their husbands or children. The study also cites evidence suggesting that Iran’s capital punishment system has significantly increased its use of the death penalty. Women are executed more often than men, according to the report.

Women in Iran are also subject to forced marriages. In 2010, a revolutionary court in Urmia handed down death sentences to six child brides. In addition, women in Iran do not have the right to divorce their husbands. Domestic abuse is also widespread and is often hidden in cultural codes. Among the known murder cases in Iran, 66% were committed by women against their husbands. Furthermore, mental illness remains a taboo in Iran. Consequently, many Iranian women are not able to receive appropriate care for their mental illnesses.

While the death penalty has been abolished in Iran for minors under 18, there are still some cases when juveniles are executed. Article 49 of the Islamic Penal Code defines a child as anyone who has not reached puberty. Similarly, the 1991 Civil Code specifies a child as any person who is not yet an adult.

The death sentences for women in Iran are often unjust and inhumane. In 2003, Amini, an Iranian writer and poet, began working to defend Iranian women against wrongful death sentences. She was prompted by the news of a 22-year-old prostitute hanging in a public square. As a single woman, Amini knew that her mission would not be easy and was wary of the dangers she would face.