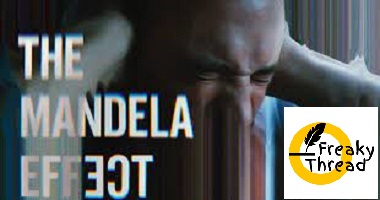 The Mandela effect is a widespread phenomenon that supports conspiracy theories and political agendas. People tend to remember events in a certain way, but our memory is not perfect and may change over time. Independent verification of memory is one way to slow the spread of misinformation. However, unless there is an independent verification of memories, it is possible that some people will relive the same events differently.

False memories are becoming more common and have been observed to affect entire crowds. This phenomenon is also known as the Mandela effect. Various theories have been put forth to explain the Mandela Effect. One such theory suggests that the CERN hadron collider may have caused mini-explosions that opened a hole between parallel universes, which have shifted into different patterns of existence. Conspiracy theories can also trigger mental obsessions and delusions, which lead to clinical false memories.

Many researchers and doctors believe that the Mandela effect is a form of confabulation, or the act of making up details. In this process, individuals make up details to fill in gaps in their own memory. Although the results of the Mandela effect are not always accurate, they are usually close to the original memory. The Mandela effect can be caused by any number of reasons, including the fact that a group becomes immune to the truth.

Although psychologists have yet to identify the cause of the Mandela Effect, they do know that people can misjudge a rumor or a distorted version of a photo. They have also noted that people can’t recall details accurately when they are presented with false images or information.

One example of the Mandela effect is when a large group of people shares a false memory of an event that did not occur. Fiona Broome, a self-proclaimed paranormal researcher, coined the term ‘the Mandela effect’ after discovering that many other people shared this false memory. As a result, this concept has been spread to various websites and forums.

Those who are under social pressure may be more willing to accept false memories. If someone asks them to report a story that involves a “false” e.g. Berenstein, the person may report a false memory and report it as a true one. 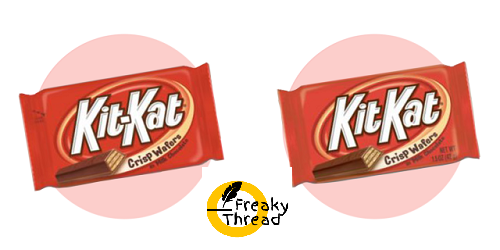 The Mandela Effect is a form of disinformation that affects how we remember events. It has been observed since the 1960s. For example, the anti-apartheid activist Steve Biko and Mandela were both imprisoned during the same period. Biko was killed in prison in 1977.

The Mandela Effect has been observed in other contexts as well, including popular movies and brand names. Interestingly, it has also been observed in the names of things that don’t actually exist. It has even been linked to the merging of parallel universes. This phenomenon lends itself to conspiracy theories and alternative realities.

While the Mandela Effect isn’t harmful to our health or our well-being, it is not advisable to believe it. However, it can be interesting to study. The Mandela Effect can lead us to misremember information, products, or even films. Although the explanations for this phenomenon may be pseudoscientific nonsense, it’s still an interesting phenomenon to study.

In the digital age, the Mandela Effect is even more prevalent. It is a consequence of the way information is disseminated. The internet allows false memories to spread easily and people tend to form social groups around these false memories. The result: false memories that have the power to influence the mass’s memory.

The Mandela Effect can also be used to make decisions. In a study by Prasad and Bainbridge, people were presented with a series of 40 images and asked to choose the “real” version based on previous knowledge. The participants were also asked to rate their confidence in their choice as well as the familiarity they have with the concept behind the image. Using this technique, researchers were able to identify seven images in which the incorrect version was chosen significantly more often than the correct version.

The Mandela effect is an example of how large numbers of people can be misled into believing something they never experienced. For example, the infamous Mandela effect led many people to think Mandela died in prison, when this was not the case.

Many people believe in the Mandela effect, but it’s not entirely clear how this phenomenon works. One theory posits that it is a form of gist memory, when people remember a large piece of information but not the details. Other theories, such as the multiverse, attribute the Mandela effect to selective attention and faulty inference.

A similar effect occurs when two people have similar memories. Many people who have met a person have memories of a different event or person, which they shared with them. This can also happen with parallel lives. However, it’s more likely that one person’s memory of a specific event is a projection of a different reality. You may also like this This Chrome Version is No Longer Supported – How to Fix It

Some conspiracy theorists have cited this theory to explain Donald Trump’s election and the results of sports. This shift in consciousness could also explain the strange and sometimes bizarre events we experience. This theory is often linked to the Mandela effect, which is a widespread phenomenon on the Internet. It has even generated joke threads on Reddit.

The Mandela effect can also occur in memory, and it’s a form of collective false memory. A person may recall an event, such as the Mona Lisa, but be completely unaware that someone else also remembered the same event. Another example is a painting that has multiple interpretations.

Many people have heard of the Mandela Effect, or the phenomenon of misremembering things. This phenomenon is often attributed to time travel, or shifting from a parallel universe. For example, many people have mistaken the name of a famous hot dog brand for its competitor.

If you’ve ever wondered if someone’s memory has changed after seeing a famous television show or popular brand, you may have experienced the Mandela effect yourself. The term came about due to a website started by Fiona Broome, who vividly remembered the death of former South African president Nelson Mandela. In 2009, she began talking about the Mandela effect on her website.