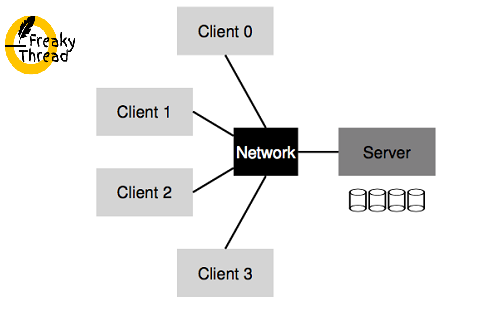 What Does Network File System Mean?

NFS is a protocol

The Network file system is a protocol that allows client computers to access files on a network, similar to local storage. It was first developed in 1984 by Sun Microsystems, a technology company. Today, many companies use this protocol to share files with clients. The protocol was designed to be secure and easy to use, and it can be used by anyone with a computer network.

An NFS client can retry a request as many times as necessary, which is beneficial when the server crashes or the network drops a connection. Because NFS is stateless, the client is not required to wait for the server to respond to his or her request before retrying it.

The Network file system is a protocol that allows users to access data stored on a remote server. This data is made available by a process called an NFS daemon. The server administrator determines what data is made available and validates each client’s identity. Once a client computer has successfully identified itself, it can mount the files in the network. Once the file system is mounted, the client can perform any file operations, including copying and deleting.

The NFS protocol has several versions. The latest version is NFSv4, which can operate on the internet and through firewalls. Version 4 introduces strong security and stateful protocol support. The protocol was developed by the Internet Engineering Task Force (IETF), and Sun Microsystems, the original developer, has handed over development of the protocols to the IETF.

NFS also allows clients to cache file contents and metadata locally. This allows for batch smaller writes and hide network latencies. It also allows for the next application to access a file region, and if the previous application has locked a particular region, it will always see the latest data.

Another benefit of NFS is its ability to allow computers to access data from remote locations. This technology allows computers with different architectures and operating systems to share the same data. NFS is an open standard solution that has been used for file sharing. 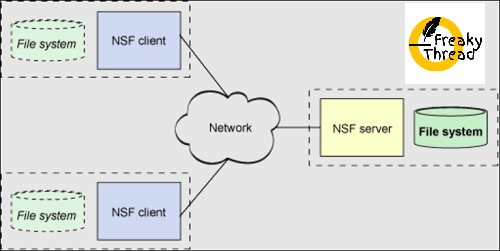 Unlike other file systems, a network file system is transparent to its users. By creating a local interface on a remote computer, a program can easily manage and create a hierarchy of files. This allows multiple users to access files and applications from any location. This makes it a flexible and reliable solution for shared applications. You might also like this  This Chrome Version is No Longer Supported – How to Fix It

NFS also allows clients to cache file contents and metadata. This allows for smaller batch sizes to reduce network latencies. If a file is cached on client A, it is not written to client B until it is accessed by client B. This means that client B will see a smaller file or a bunch of zeros, but client A will see it as empty. This can greatly increase the likelihood that the file will be shared.

The NFS protocol facilitates remote file sharing by implementing a server-client architecture. A server provides resources for sharing and administrators write config files to make these resources available to clients. The client computers can then mount these files over the network. To do this, a client adds the NFS mount to its /etc/fstab file. The server validates this request and allows it to access the files and directories on the server.

The first implementation of NFS was published in March 1984 by Sun Microsystems, which allowed remote access to file systems, such as SVR3. The NFS protocol is a stateless protocol and is designed for low latency, low performance, and high availability. It is also used for CPU-intensive data transfers.

The NFS protocol also enables users to update files in other systems and locations. This is in contrast to SMB, which does not allow users to edit files in other locations. Both protocols are based on the TCP/IP protocol. There are security concerns with both NFS and SMB.

It is not a reliable protocol

NFS provides reliable access to a busy server even with low bandwidth. In contrast, protocols such as HTTP or FTP require re-starting file transfers. If a file transfer fails, an application using these protocols will receive an error message. Furthermore, the NFS classes provide a transparent file system. A server will block a read request if a pending read or write occurs before the client has finished writing or reading the data.

It is not a file system

A Network File System (NFS) is a protocol used to access a remote file system. NAS stands for network-attached storage, and NFS is one of several protocols that can be used with NAS storage. Most operating systems are compatible with NFS, including Windows and Linux.

The NFS protocol was originally developed by Sun Microsystems and is an open standard for accessing files and data on a network. This protocol uses TCP or UDP for data delivery and access. It also employs a client/server computing model. An NFS server manages the authentication and authorization of clients, and shares data between different systems. The clients access the shared data using local systems.