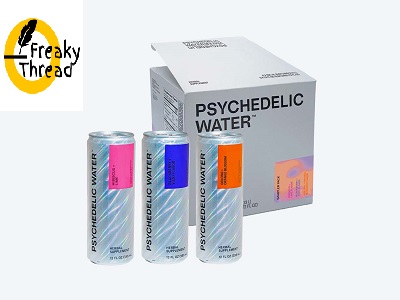 What is Psychedelic Water?

Psychedelic water is a beverage that contains kava, damiana leaf extract, and green tea leaf extract. The mild psychedelic effects of kava can help people achieve a more relaxed and positive state of mind. This drink has been used by various cultures throughout Oceania for thousands of years.

Psychedelic water is a kava

If you’ve ever had a blackberry yuzu cocktail, you’ve most likely had a kava cocktail. This drink combines blackberry and yuzu with kava root, damiana leaf, and green tea leaf extract. The combination of these flavors is sure to send you into a kava-induced trance.

Psychedelic Water contains a mildly psychedelic compound known as kava, which has been used by different cultures for thousands of years. It does not cause hallucinations, though it can cause a slight tingling sensation on your tongue. It also contains green tea and Damiana leaf extract, which have several health benefits.

The drink does not contain any illegal psychedelics, but instead, it is made of an herbal blend of kava, damiana leaves, and green tea leaf extract. The green tea leaf extract balances the kava’s effects while minimizing its bitter taste. After becoming popular on TikTok, Psychedelic Water teamed up with major American companies, including Urban Outfitters.

However, it should be noted that drinking too much of Psychedelic Water can cause a tingling sensation on the tongue. It can also cause digestive problems, as well as a headache and dizziness. Taking too much of it can also affect one’s ability to drive safely. Some people also develop a condition called kava dermopathy, which results in dry, yellow skin.

Psychedelic Water comes in several flavors, and is one of the most popular beverages for socializing. The company behind Psychedelic Water, Keith Stein, worked in the cannabis industry before starting his brand. The company was founded in Canada in 2019 and has since gained a large following on TikTok. Within three weeks, the company sold $1 million worth of the beverage. 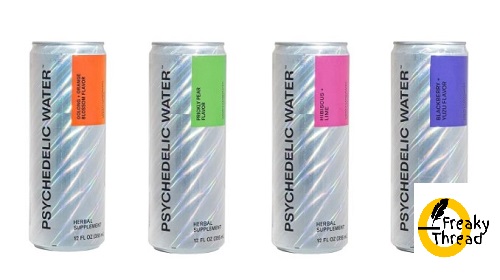 Kava is a Polynesian shrub that is used in the production of Psychedelic Water. It is indigenous to the South Pacific region and has been used by local people for generations for its natural relaxation properties. The bitter, euphoric effect of Kava can help melt away stress and induce positive feelings.

Unlike alcohol, kava does not cause a hangover or impair reasoning. This property makes it a popular social drink. It is also associated with liver problems. Nevertheless, many people choose it as a safe and social alternative to alcohol. This article will explain some of the health concerns associated with kava and its effects.

Unlike LSD, Psychedelic Water contains no hallucinogens. As such, it will not result in a psychedelic trip. However, users who drink it report feeling relaxed and experiencing a slight tingling sensation on their tongue. In addition to being relaxing, it also has positive effects and may help alleviate stress and anxiety.

Because Psychedelic Water contains kava, the beverage can have some side effects. It should not be consumed by pregnant or breastfeeding women. In addition, it should not be consumed by people who are under 18 years of age. Because of the risk of side effects, most Psychedelic Water is only available online. However, the company is seeking approval from Health Canada and hopes to expand its distribution to Europe and Australia.

Psychedelic Water contains damiana leaf extract, which is an herbal substance from the South Pacific. The plant has been used as a traditional remedy in the region for centuries, for its natural calming and stress-relieving properties. The plant is also used in the treatment of various ailments, such as stomach ailments, anxiety, and insomnia. However, the benefits of damiana leaf extract are not completely understood.

Psychedelic Water contains 4’O-methenylcoumarin, which has antibacterial and anti-inflammatory properties. It is also believed to enhance sexual function. Caffeine is also found in this product, which may help balance the effects of kava. Caffeine is also helpful for balancing emotions and helping to relax the body.

Psychedelic Water has been a hit with the younger generation, which is increasingly health conscious and eschewing traditional drugs. Its refreshing and calming taste and lightly carbonated fruit flavor make it an ideal mood enhancer. It is also a good option for those who are looking for a healthier alternative to soda and seltzer.

The psychedelic water has many benefits, including a calming effect. This is partly due to the presence of kava, an aromatic Polynesian shrub native to Oceania. Traditionally, kava is made from the roots of the kava plant and drunk during religious ceremonies. You may also like this  How Uric Acid Affects Joints

The Psychedelic Water contains natural ingredients such as kava root, damiana leaf, and green tea leaf extract. Together, these ingredients work together to enhance moods and help the user express their true self. These ingredients are all FDA compliant and provide a synergistic effect.

Psychedelic Water has received many accolades and is a fast-growing business. It has become a popular drink at music festivals and colleges, and has even gained cult followings among travelers. The product has also attracted the attention of the psychedelic community and has been praised by leading journalists.

It is a mood enhancer

Psychedelic water is a natural herbal supplement that can help boost your mood. This lightly carbonated beverage can have an almost mystical quality and is a far healthier alternative to seltzer. Its calming effect is said to help you feel relaxed and in a good mood, which is exactly what many people want to achieve.

Its calming effect is attributed to its main ingredient, kava. Kava is a polynesian shrub that grows naturally in the Pacific. It is exported by Fiji, Vanuatu, and Samoa and is considered the national drink of those islands. The drink, which is bitter in taste, is traditionally consumed during religious ceremonies.

Psychedelic Water’s popularity is growing rapidly. Its first production run was sold out in three weeks and has already reached 250 retail locations. Sales have surpassed $1 million in the first three months. The company anticipates sales of between $4 million and $5 million for the year.

Psychedelic water is made from a plant called kava, which has medicinal benefits. Kava has sedative and calming properties, and it has long been used by Pacific islanders to improve their moods. While it has been linked to various health problems, it is legal in the U.S.

Psychedelic Water begins with a tingling sensation on the tongue. It takes between five and fifteen minutes to take effect, and is intended to replace anxiety and stress with feelings of happiness. Although Charles Warner was skeptical, he was able to experience its effects and felt a great deal better. It does not contain caffeine, but it is believed to have a calming effect.

It doesn’t get you high

Unlike other psychedelic drinks, Psychedelic Water does not get you high, but it can still be a fun and effective way to relax. Its calming effects are often described as euphoric, and it’s safe to drink in moderation. It also won’t affect your mental clarity.

Psychedelic Water comes in a variety of flavors, and it’s also vegan, gluten-free, and non-GMO. It also doesn’t contain any THC or CBD, two ingredients that can make you feel high. It’s available at 500+ retail locations including Urban Outfitters, Walmart, and Amazon. You can also order it on the official Psychedelic Water website. You can also watch videos about the product and get exclusive gear.

Psychedelic Water has already sold out its initial run of three-months’ worth of inventory in three weeks. During that time, the company sold 50,000 cans. The product has earned $1 million in its first few months, and Gogia says it can earn up to $5 million in sales this year.

Psychedelic Water was created by Keith Stein, an entrepreneur with a legal cannabis background. He has helped start several successful companies, including Simmons Records, Universal Music Canada, and the Toronto Phantoms arena football team. Stein has also teamed up with several prominent businesspeople, including Gene Simmons, the legendary lead singer of KISS. Psychedelic water is not a drug, but rather a drink that makes people feel relaxed and positive.