Freaky Thread > Nature > Top 10 Most Beautiful Capitals in The World

Top 10 Most Beautiful Capitals in The World

The capital of any country is the most important, beautiful, and well-managed city. It is the land area in a country where all of the important government meetings take place. It is also the place of residency and offices of government officials, senior political leaders, and other regulatory authorities. Here, we tell you about the 10 most beautiful capitals in the world.

Moscow, the capital of Russia, is the largest city in the European continent. It ranked last in the list but not the least as it has some top rankings to its credit. It is the 10th largest city in terms of population, the 9th expensive city in the world, and one of the fastest-growing tourism industries. It has strong recognition due to its culture, economics, politics, technology, art, and building. It has beautiful, dramatic, historical, eye-catching, and attractive places with a long history and a lot of skyscrapers. The historical buildings include the Saint Basil’s Cathedral, Moscow Kremlin, Red Square, Bolshoi Theatre, Moscow Museum of Modern Art.

Ottawa, the capital of Canada, is situated near South Bank of River Ottawa, is the fourth largest city in Canada. It is famous for its delightful, attractive, and outstanding natural climate especially dominating snowy winters and humid summers which attracts tourists. Ottawa is considered as the political and scientific center of Canada. It has attractive natural scenic beauty, and historical landmarks. It also has a strong education system and the majority is graduated from colleges and universities.
The beautiful places include the Rideau Canal, National Gallery of Canada, Canadian War Museum, Major’s Hill Park, Byward Market, Library, and Archives. Ottawa is also famous for three main annual festivals, Canada day, Tulip festival, and Winterlude. 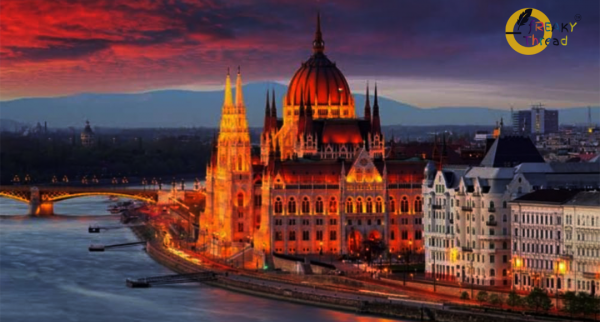 Budapest is the beautiful capital of Hungry and also one of the largest cities. Budapest name was the combination of two cities, “Buda” and “Pest”, which became one in 1873. It is important for trade, culture, politics, business, commercialization, and transportation. The city is also famous for friendly people along with great food, drinks, culture, and festivals. Budapest city is also in for sports, it has football professional teams, and also hosts the Olympics and other major events. The monumental world and impressive heritage include the Hungarian Parliament Building, Banks of Danube River, Chain Bridge, Hero’s Square, Buda Castle Quarter, Fisherman’s Bastpion, State Opera House, and the famous, durable, and second oldest Millennium Underground Railway. 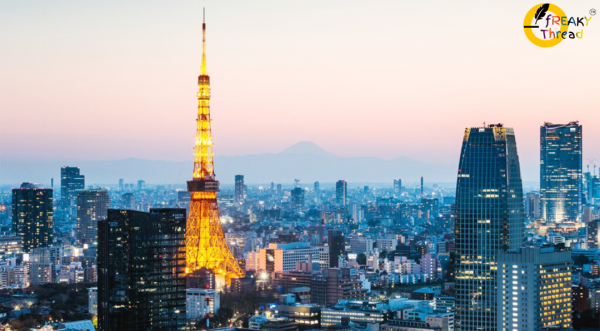 Tokyo, the beautiful and elegant capital of Japan, which is officially known as Tokyo Metropolitan because it is the largest metropolitan area in the world. It is considered as the third most Liveable and vibrant city as compare to other cities because of security, freshness, hygiene, art, and culture. Tokyo is also famous for its nightlife, shopping areas, well-managed transportation, tongue gasmic food, delicious noodles, and trendy fashion scene. Tokyo is also home to Japan’s most prestigious universities, architectural buildings, and volcanic islands. The important and eye-catching buildings are The Tokyo Tower, Tokyo Skytree, Imperial Palace, Meiji Shrine, Harajuku Culture, Senso Ji Temple, Meiji Shrine, National Museum of Emerging Science and Innovation, Fuji-Hakone-Izu National Park, Disney Land, Disney Sea, Yoyogi Park, Roppongi Hills Mori Tower, and Bunkyo Civic Center. 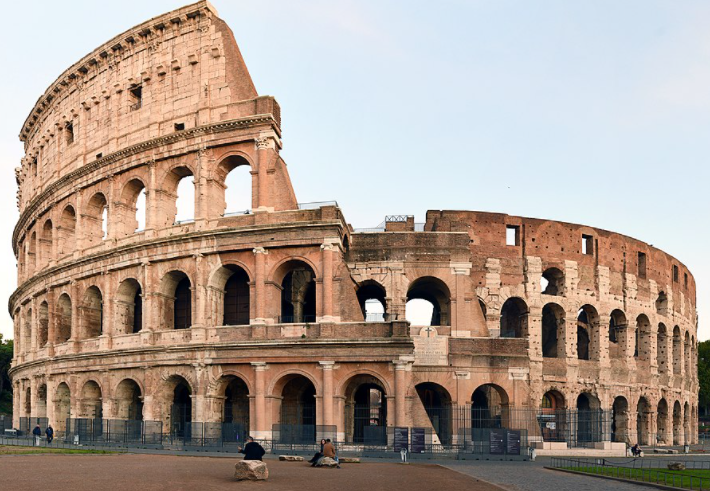 Rome, the capital of Italy, is the oldest and also the fourth most populous city in the European Union. Rome is famous for its architectural beauty, loyal people, awesome weather, ancient history, and impressive culture. Rome is renowned for its famous fashion destination because of an extensive line of luxury fashion houses and jewelry chains. It has a great history as the Legendary Julius Caesar has also belonged to Rome. The incredibly dazzling and stunning places are Forum Romanum, Colosseum, Pantheon, Vaticam Museums, Trevi Fountain, Spanish Steps, Roman Firms, Pizza Navona, Circus Maximus, Trajan’s Market, Trevi Fountain, and Sistine Chapel. 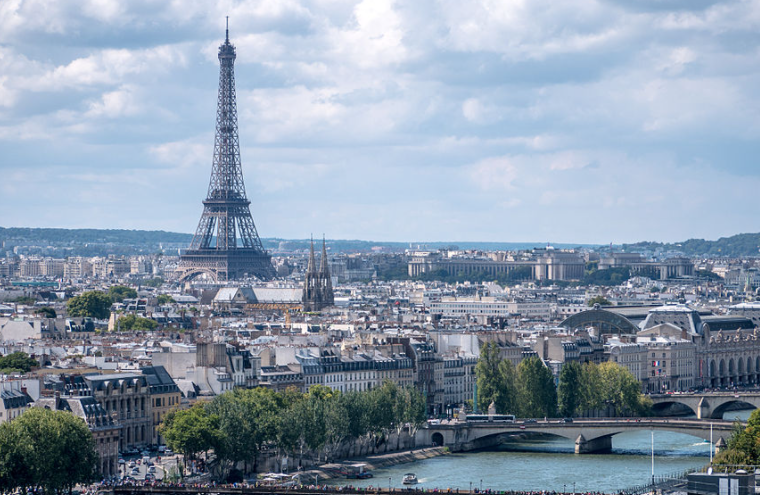 Paris, the capital of France also known as the city of love and romance, and the city of lights and heights. Paris has attained worldwide fame and attention through its natural beauty especially the Blue Coast, High Mountains, Long Rivers, and also its arts, culture, fashion style, history, science, architect, and monuments. The outclass and eye-catching metallic Eiffel Tower was designed in 1889 for the Paris International Exhibition, also known as World’s Tallest Monument. The country is also famous for its history as Marie Antoinette and LouisX1V were guillotined during the French Revolution. All types of perfumes and the finest cuisine are also found in Paris. Tourist attractions of Paris include Eiffel Tower, Louvre Pyramid Museum, Natural Luxembourg Garden, Jardin des Plants, and Buttes-Chaumont, Notre Dame de. 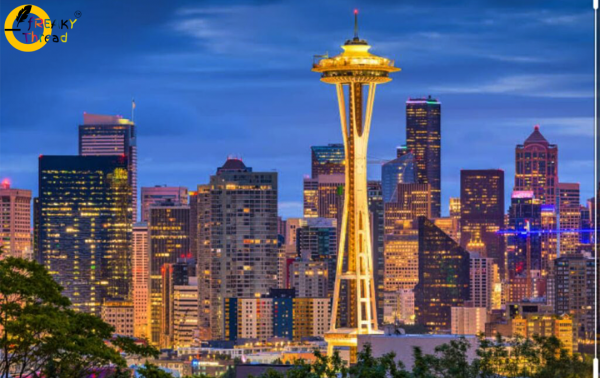 Washington is the capital of Superpower United States of America, known as Washington D.C., (District of Columbia) is one of the populous cities in the world. Washington has its strong identification and image all around the world because it is being up to date in every field of life. It is famous for its natural beauty, clean and hygiene environment, impressive architecture, delicious coffeehouses, twinkling nights, latest technology, and a bundle of amazing monuments. Washington has many government buildings and landmarks which makes it more attractive, advanced, and startling. Places of interests for tourists attraction is a huge list while some of them are the White House, National Mall, National Museum of Natural History, Lincoln Memorial, Washington Monument, National Zoological Park, Anderson House, International Spy Museum, Christian Heurich Mansion, DAR Museum Hillwood Estate, etc. 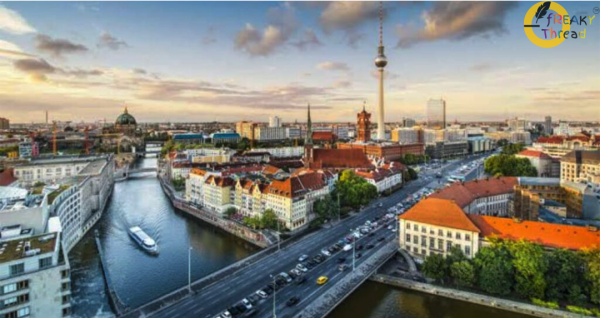 Berlin, the capital of Germany, has great and powerful historical significance with the second-most populous city in the European Union. It is a hard-working nation that was utterly shattered after World War II, but they worked hard and rose themselves from the ashes to acquire their current position, prosperity, and stability in the world. It declares beautiful capital because of its amazing parks, lovely garden, rivers and lakes, deep forests, as well as its culture, politics, art, creativity, media, and science. Berlin act as a primary continental hub for air and rail traffic which has a highly complex public transportation network around the world.
It is also well known for the more diverse, cultural, and traditional city for contemporary arts and architecture which attracts tourists. The exciting places for tourist attractions are the Brandenburg Gate, Berlin Wall, Museum Island, Pergamon Museum, Oberbaum Bridge, Bread & Butter Trade show, Berlin Air Show, Berlin Fashion Week, etc.

Islamabad, the beautiful and greenly capital of Pakistan is situated at the Potohar Plateau, is considered as one of the earliest places of human settlements in Asia. The word Islamabad means ‘the city of Islam.’ It is famous for its natural greenery, historical buildings, attractive locations, cleanliness, and a peaceful environment with a humid subtropical climate. It is also the resident of foreign diplomats, politicians, and administration employees. It is the third biggest well developed and well-managed city of Pakistan. The places worth seeing and eye-catching in the city include Faisal Mosque (the largest mosque in South Asia and fourth in the world), Pakistan Monument, Parliament of Pakistan, Margala Hills, Lok Virsa Museum, Rawal Lake, Lake View Park, Saidpur Village, Shakar pariyan, Pir Sohawa,
Islamabad Zoo, Pakistan Museum of National History, the Centaurus Mall, etc. 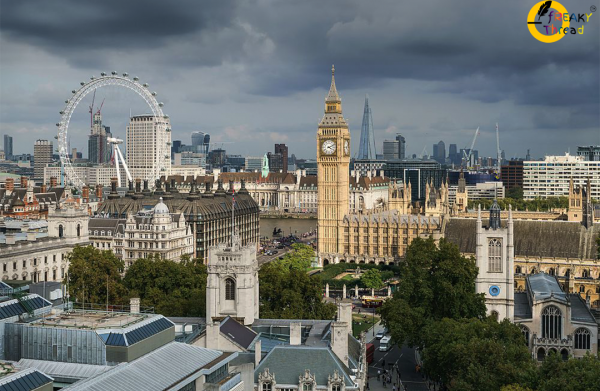 London, the most beautiful capital city, is also known as the city of the Kings and Queens, which is the most populous city in England (United Kingdom). It is the artistic capital of the world because of its fine architectural building styles. It is renowned for its culture, education, finance, commerce, fashion, research and development, entertainment, and tourism also. London is the home of a wide variety of people and cultures because more than three hundred languages are spoken here. It is one of the world’s top financial, expensive, and powerful city because of the British Empire. The city is well planned, well managed, and well ordered and a great place to spend vacations. Some attractive destinations in London are the Tower of London, London Eye, Big Ben, Buckingham Palace, Palace of Westminster, Madame Tussauds, Kew Gardens, Greenwich, St Margaret’s Church, and Westminster Abbey.